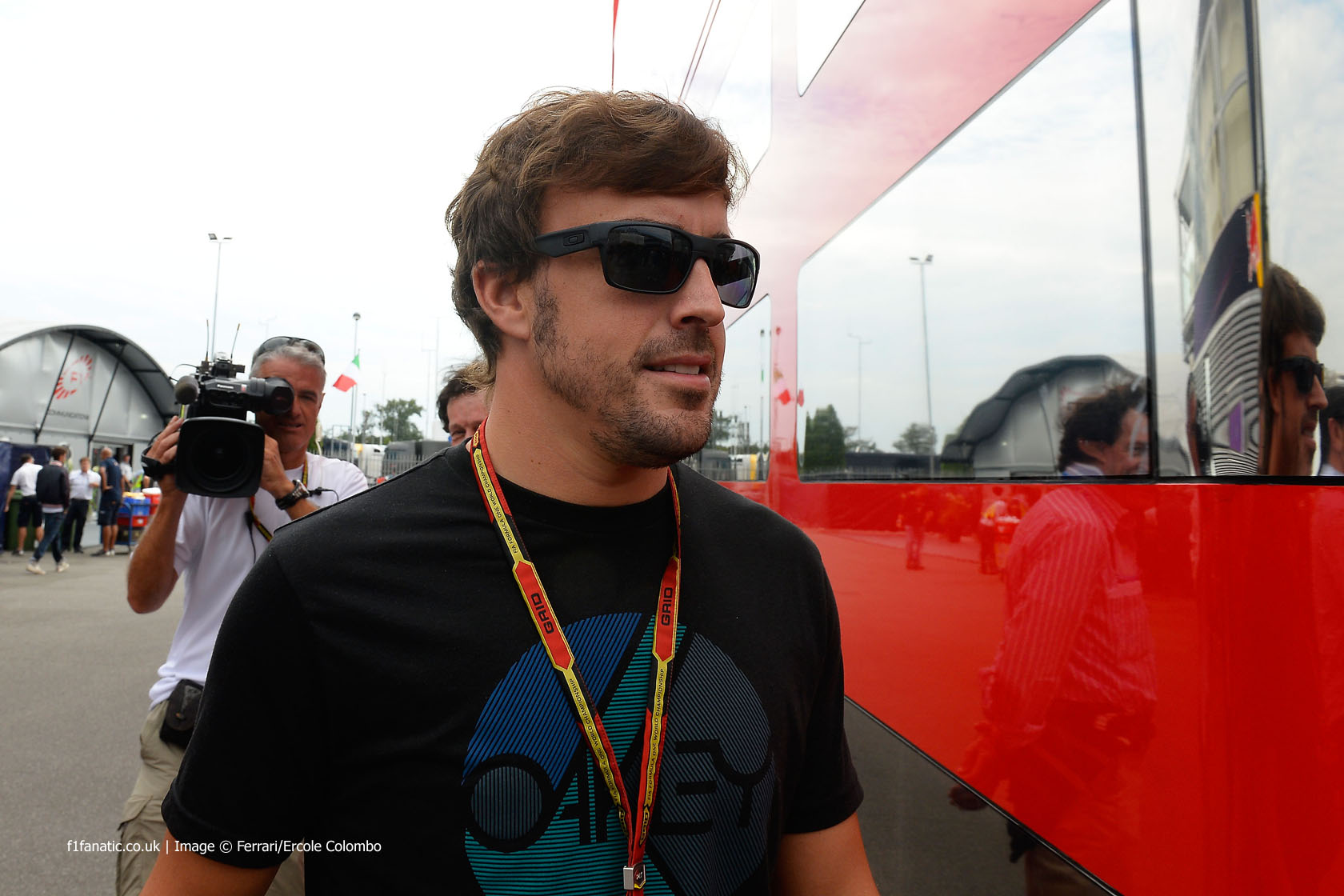 Fernando Alonso has criticised the media rumours suggesting he could swap places with Sebastian Vettel at Red Bull in the future.

Vettel also denied the reports which emerged in the Italian media earlier this week.

“It’s sad when these rumours are created in Italy,” said Alonso. “It’s a shame as it’s not helping Ferrari, which is the reason why we are all here and Ferrari is a much bigger brand than any one individual or even Formula One in general.”

“I have a lot of respect for Ferrari and try and maintain a good atmosphere with the guys in the team, in order to have a very united team. It’s what we need and what the people expect from us. So it’s not clear to me what is the purpose of these rumours coming from Italy.”

Alonso played down the consequences of the new restrictions in radio communication, saying “It won’t make a big difference”

“I don’t think it will have a huge impact on the race itself, or preparations for the weekend,” he added.

“In any case, at Ferrari we have not used the radio for any performance related reasons. We tend to use it to control temperatures, to talk about traffic and strategy. I cannot say how it might affect other teams.

“As for the change in general, it has generated a lot of media attention, like the situation with FRIC, but in that case, we saw the final impact on the race was nothing special. I think it will be a similar case with this radio rule.

“It’s like if you’re a coach in football or basketball and cannot talk to your players; in the end it’s the player who shoots the ball. It won’t change our driving style and it’s not as though we won’t know how to drive the circuit.”