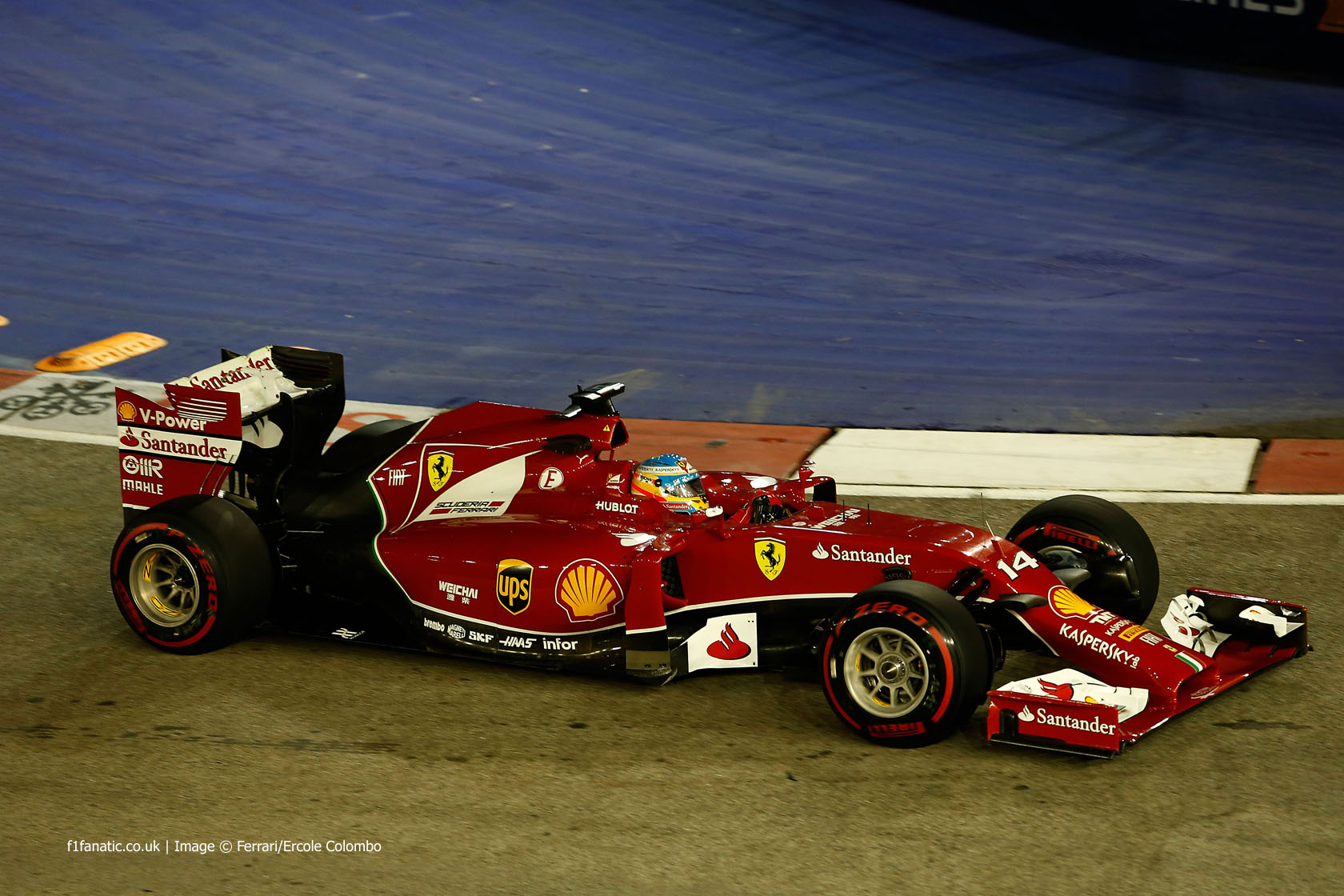 Fernando Alonso admitted he was not expecting Ferrari to be as competitive as they were in qualifying in Singapore.

Alonso qualified within a quarter of a second of the pole position time which is the closest Ferrari have been all season.

“If you had told me yesterday that we would still be competitive in qualifying, probably I wouldn’t have believed it,” he said. “And in fact this fifth place is a bit different to usual, because the gap to pole is really small.”

Alonso said the unusual characteristics of the Singapore circuit goes some way towards explaining their promising pace, but also that they had improved their car since the beginning of the year.

“This weekend, I’ve felt comfortable right from the first session and probably much of that is down to the characteristics of the track. It’s impossible to compare it to other races, because this one and Monaco are a law unto themselves.

“But definitely, we have made a step forward since the start of the season and I’m sure the car will continue to improve right the way to the end.”