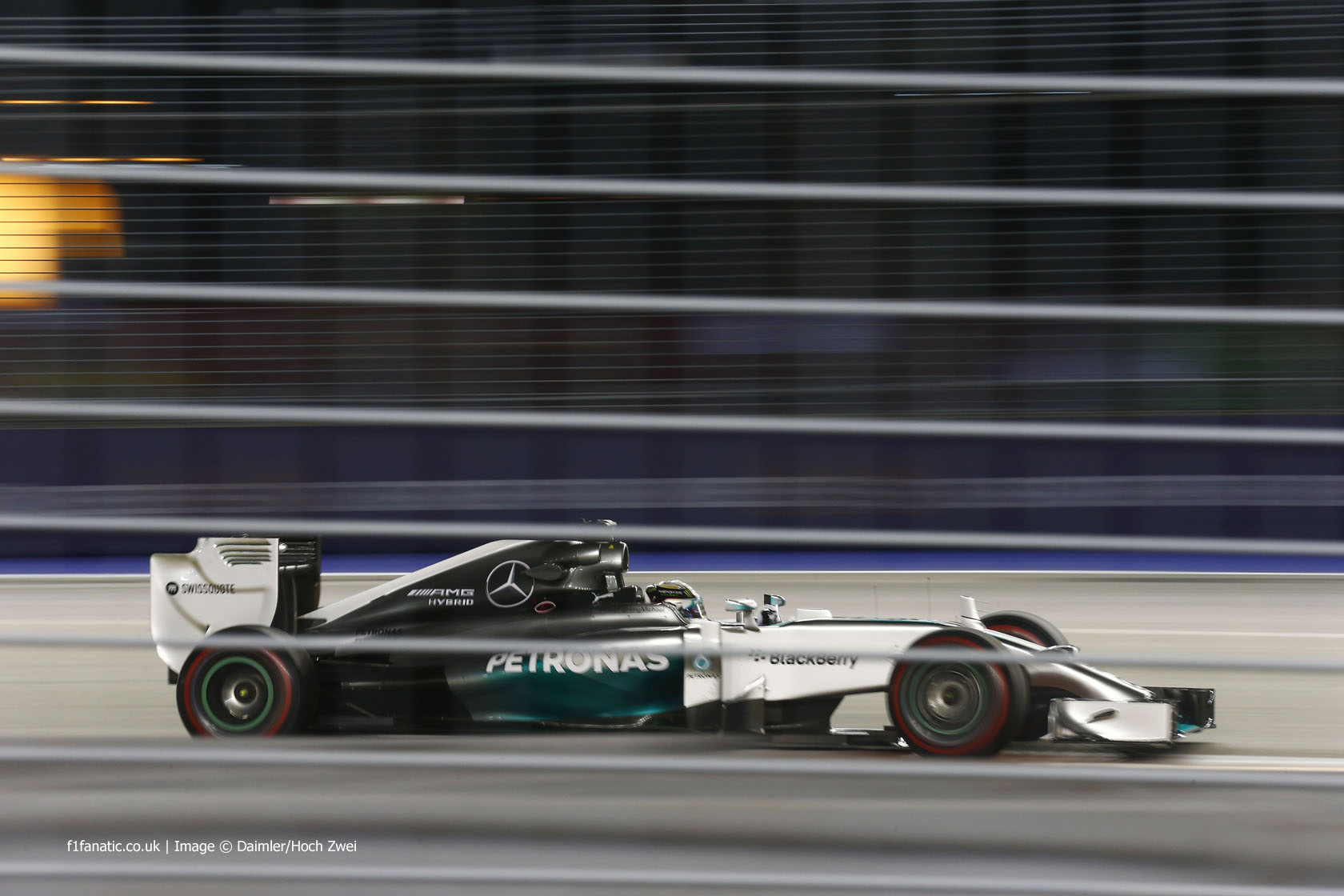 Lewis Hamilton was worried he’d missed his chance for pole position when he made a mistake at the first corner of his final flying lap.

The Mercedes driver was only sixth-fastest with his first run in Q3 and began the last with by locking his left-front wheel at turn one. But Hamilton still managed to beat Nico Rosberg to pole position by seven thousandths of a second.

“My last lap I locked up into turn one and lost a bit of time but still managed to pull it back later on in the lap,” he said.

“At that point I honestly thought perhaps it’s over because I’ve lost over a tenth and a half, Nic’s two-tenths down, but I just kept going and it got better and better throughout the lap.”

Hamilton added he was surprised to see Ferrari challenging Mercedes on one-lap pace. Although they later slipped to fifth and seventh, Fernando Alonso was only two tenths of a second off Hamilton’s pace.

“I really wasn’t expecting to see so much difference in how close everyone was,” said Hamilton. “I did some good laps in the first and second qualifying sessions and saw the Ferraris very, very close. And then obviously to end up the way it did is good obviously for our team.”

Hamilton expects there to be “a lot going on” in tomorrow’s race and admitted Mercedes had been surprised by the rate of degradation on the tyres in Singapore.

“I think coming into the weekend we had an opinion about how the tyres would behave,” he said. “And obviously when we got into the long runs yesterday we saw quite a big difference from what we thought was going to happen.”

“So I think tomorrow’s going to be a really interesting race. Looking after these tyres is not easy.”