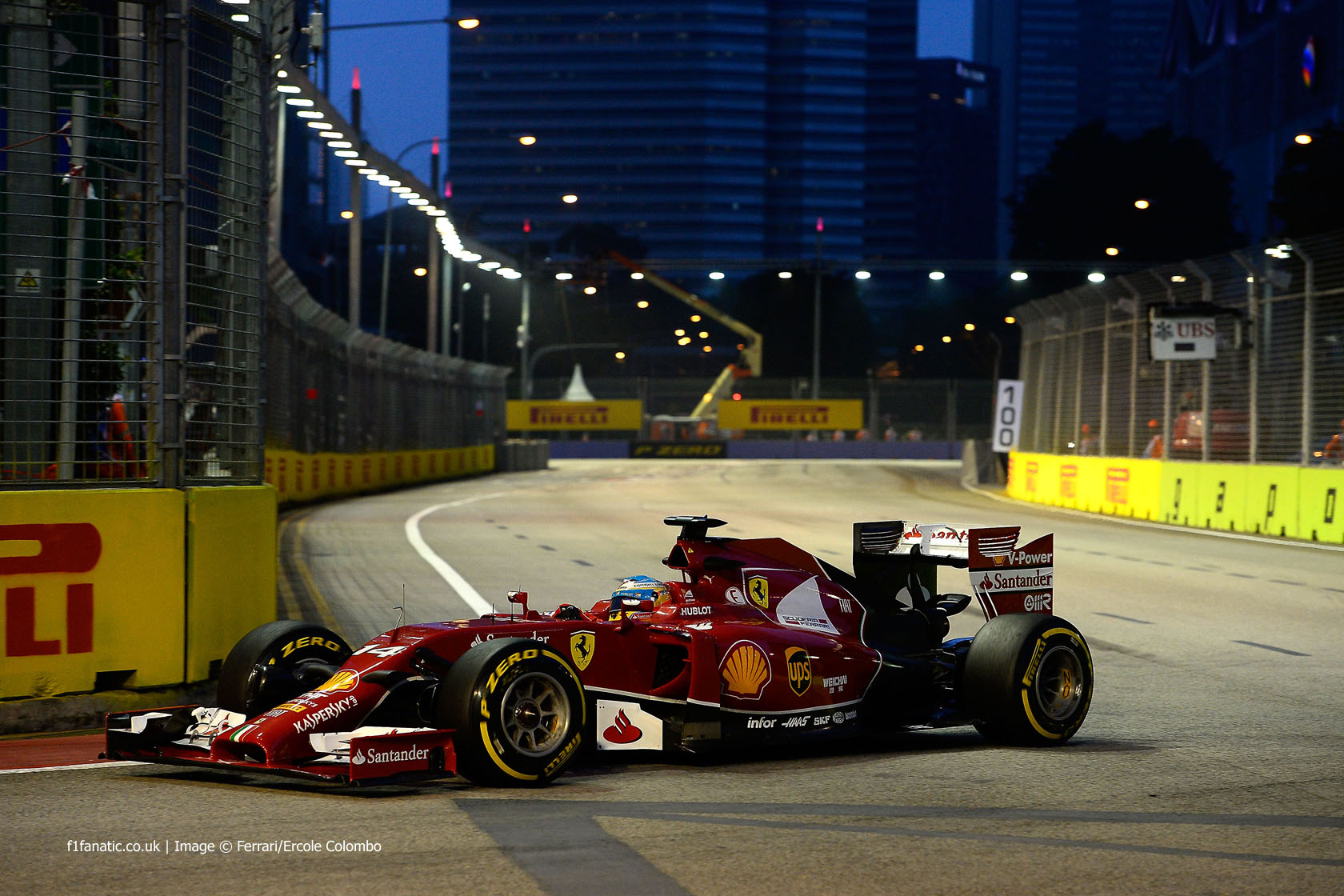 Fernando Alonso said Ferrari had the right strategy for the Singapore Grand Prix but they were caught out by the timing of the Safety Car.

Alonso split the Red Bulls at the start of the race, then moved ahead of Sebastian Vettel when the pair made their second pit stops. But the Safety Car came out shortly afterwards, and Alonso fell behind both Red Bulls when he came in for a third time.

“When it happened we find ourselves with the super-soft. With Hamilton it worked, the strategy, but he has a two seconds advantage to open the gap necessary to do the final stop, we don’t have that margin.

“So we stop and at the end we were not able to overtake the Red Bulls with fresh tyres – and it’s a street circuit. The strategy I think was good, just the moment of the Safety Car was a a bit unlucky.”

However Alonso said there were “a lot of positives this weekend” after one of Ferrari’s strongest showings of the season so far.

“We were competitive in free practice, which normally we are, but then in the qualifying and the race we are not any more fighting with the leaders.

“We did today, that’s some positive, but we need to keep improving because it’s not enough.”