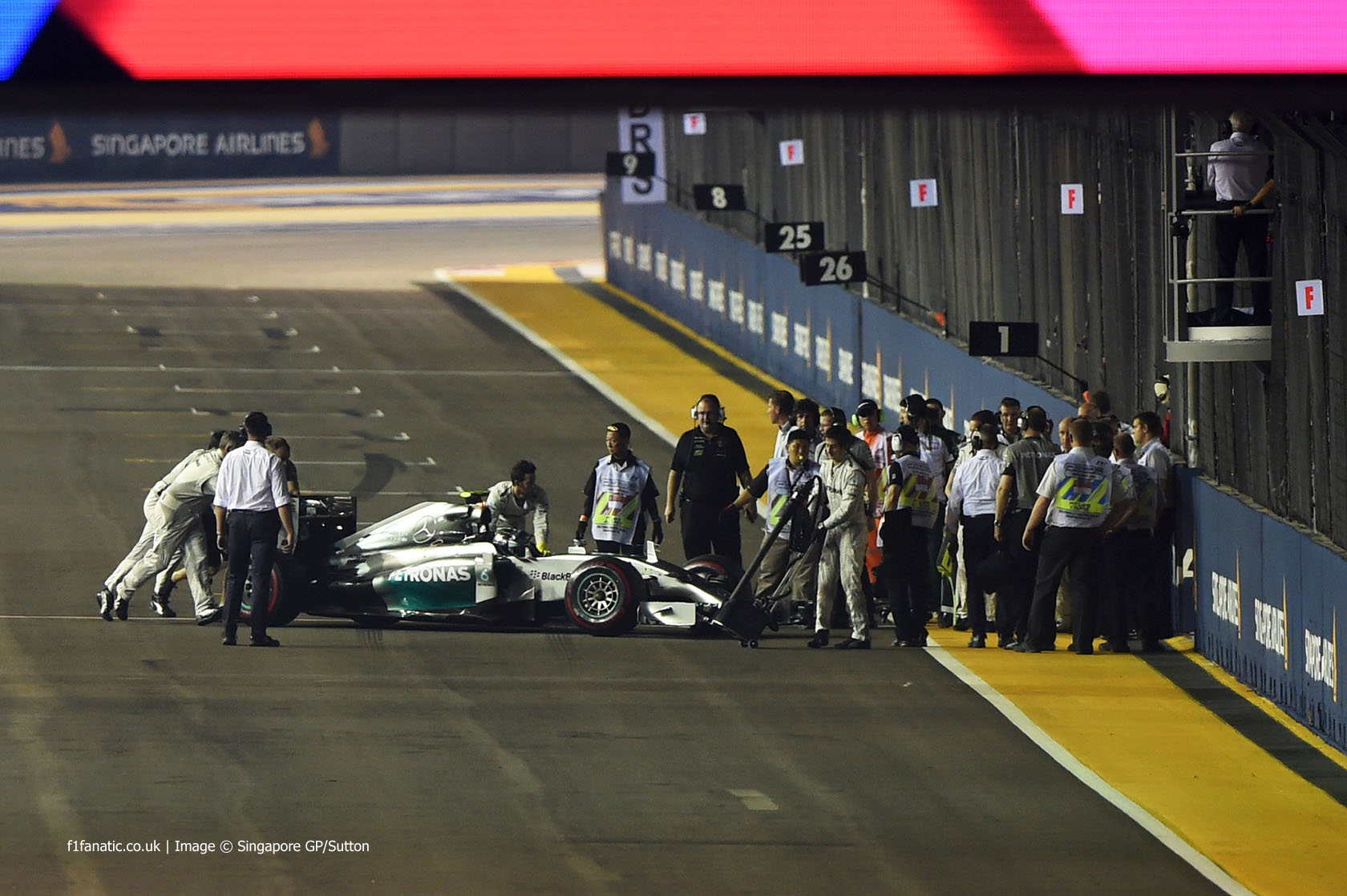 Nico Rosberg’s retirement from the Singapore Grand Prix was blamed on a fault with his car’s wiring loom by his Mercedes team.

Mercedes motorsport director Toto Wolff said “it looks like a loom in the steering column failed and that was the root of his problems”.

“When he came back to the garage I told him we were sorry to have let him down,” Wolff added, “and he handled the whole situation in a very professional way”.

It was the fourth time this year one of the team’s cars has failed to score due to a technical problem, and they have also been compromised by failures during qualifying.

“We have a missile of a car this year but these reliability issues keep tripping us up,” said Wolff. “The parts will be sent back to base tonight for forensic analysis by our reliability group.”

“We have an excellent team dedicated to quality and we will track down this failure and make sure it does not happen again.”

Wolff also praised an “incredible” performance by race winner Lewis Hamilton. “After the Safety Car came in, it needed qualifying laps every time round to build the gap – and he did that faultlessly.”

“These are the days when drivers like Lewis show what makes the difference between star drivers and the superstar drivers. Congratulations to him.”