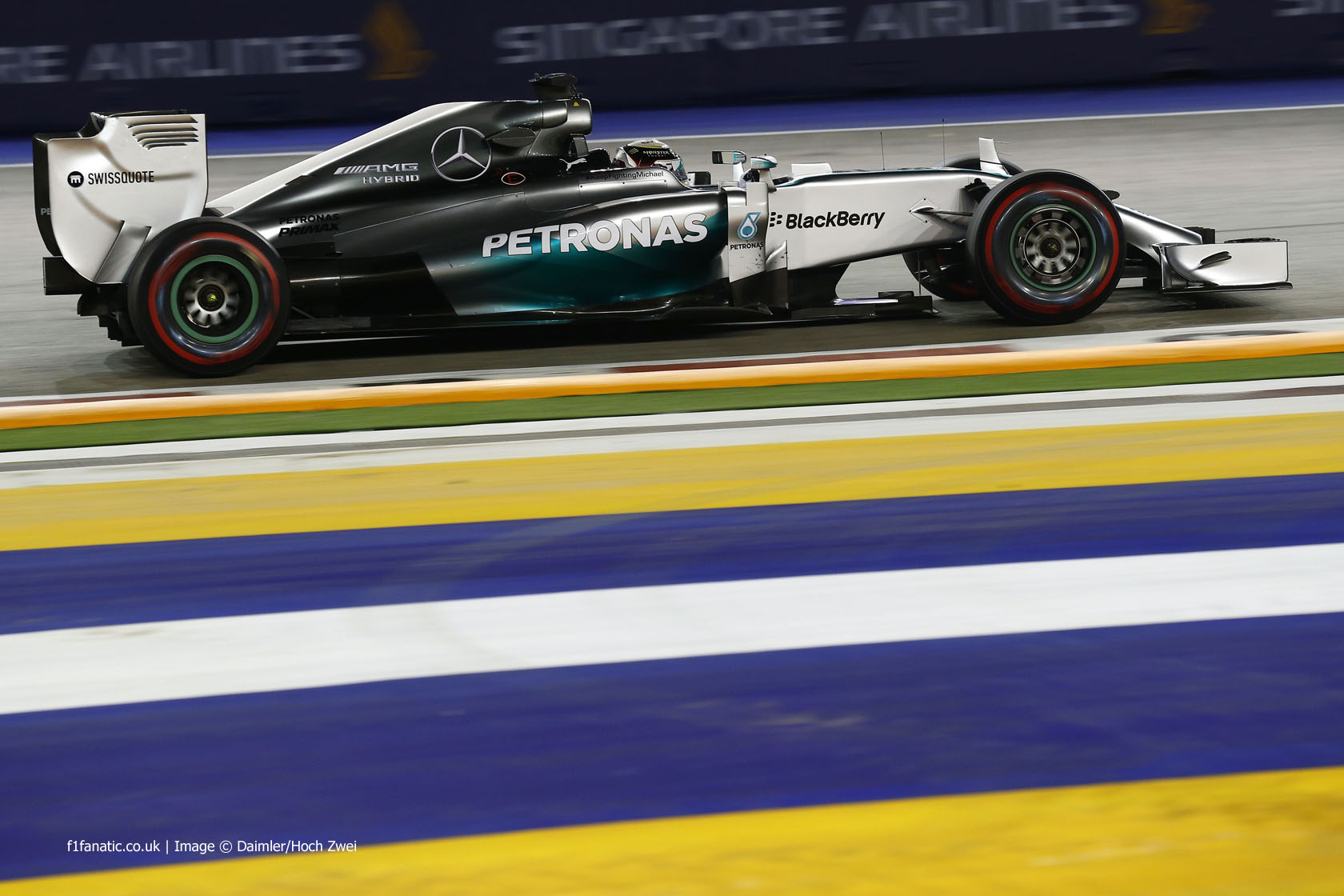 Lewis Hamilton said his crucial win in today’s Singapore Grand Prix was thanks to him having a trouble-free weekend.

Hamilton’s seventh victory of the season came on a day when his team mate Nico Rosberg failed to score due to an electrical problem.

“I was looking for that clean weekend and this has been it,” said Hamilton afterwards. “It’s been fantastic.”

“Obviously it’s not perfect for the team because Nico didn’t finish and of course we’re always striving to get both cars finishing one-two. I don’t think anyone’s finished one-two here before so that was our goal. So there’s things we can still work on.”

Hamilton was concerned about his position in the closing stages of the race and repeatedly urged his team to bring him into the pits for his final stop.

“I think at the time it was just not really knowing what the situation was,” Hamilton explained. “I knew I had a big gap but I was thinking if the Safety Car comes out, what does that mean?”

After making his pit stop Hamilton rejoined the track behind Sebastian Vettel but passed him easily to win the race.

“But then when I came in I knew I had to fight the guys that had been on a long, long run-down tyre. I knew that we would have a chance to get by, so I felt kind of comfortable.”