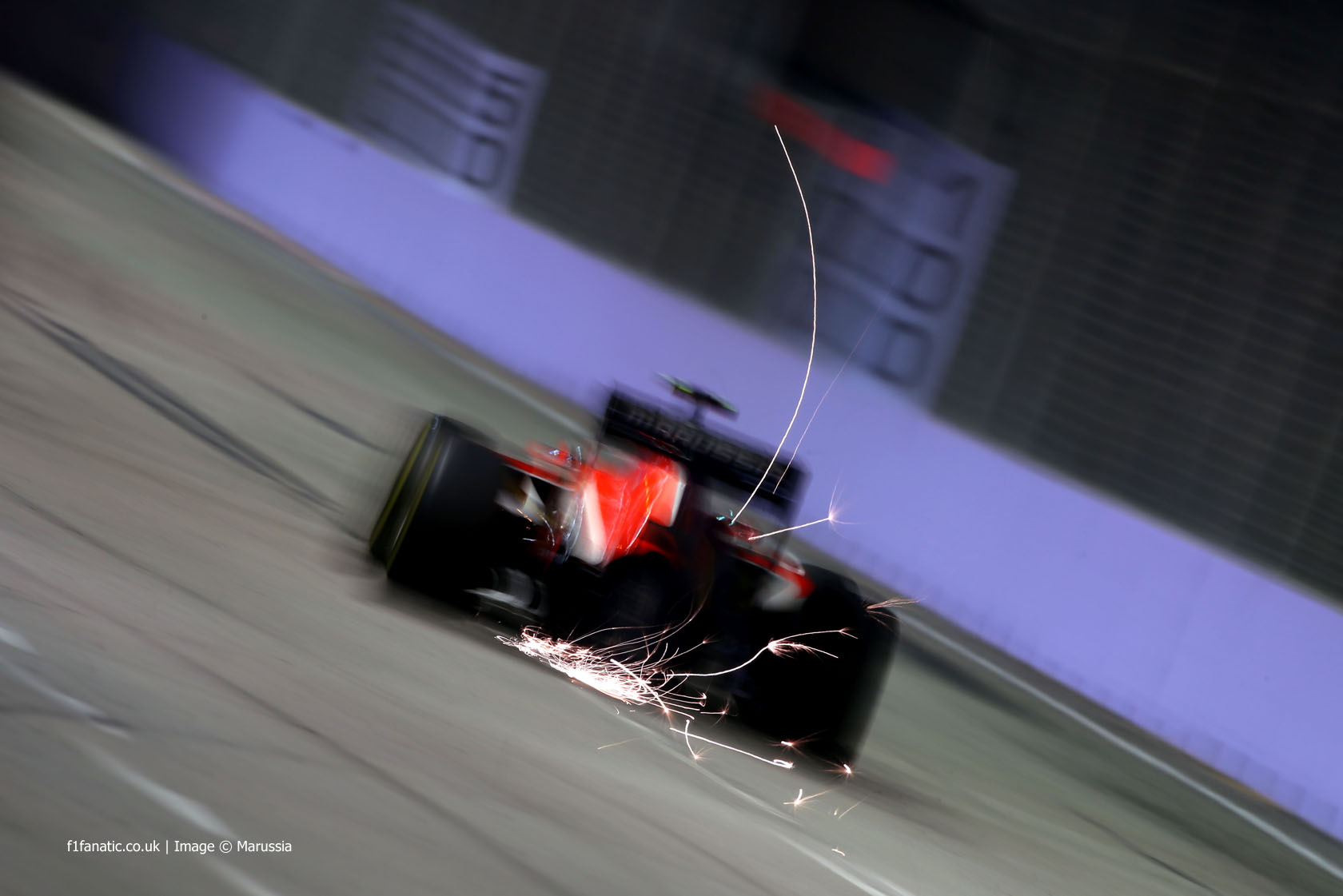 Ten of the best pictures which tell the story of the Singapore Grand Prix weekend. We may be seeing more of these next year. Singapore’s bumpy straights produce the most spectacular showers of sparks. Kimi Raikkonen said he was finally happy with his Ferrari’s handling and was quickest in Q1, only to be stymied by a technical problem on his final run in Q3. Kamui Kobayashi’s Caterham didn’t even make it to the start of the race. He jumped clear to avoid the chance of getting an electric shock. With no threat from his team mate at the start, Lewis Hamilton easily held the lead while Fernando Alonso got ahead of the two Red Bulls by taking an unconventional line through turn two. In what could prove a pivotal moment in the championship, an electrical problem struck Rosberg’s car down at the start and eventually forced him to retire. Note the mechanic’s message in front of his left-rear wheel. Kevin Magnussen was the only driver in the field having his first taste of the Singapore circuit. He brought his car home in tenth place despite suffering from an overheating seat. This was probably Felipe Massa’s best weekend of the season so far. Having beat his team mate in qualifying, he jumped ahead of Raikkonen in the pits and stayed their thanks to a long final stint. Hamilton had to pick off Vettel to claim his seventh win of the season – and the championship lead. Singapore’s is always one of the most spectacular of the year.