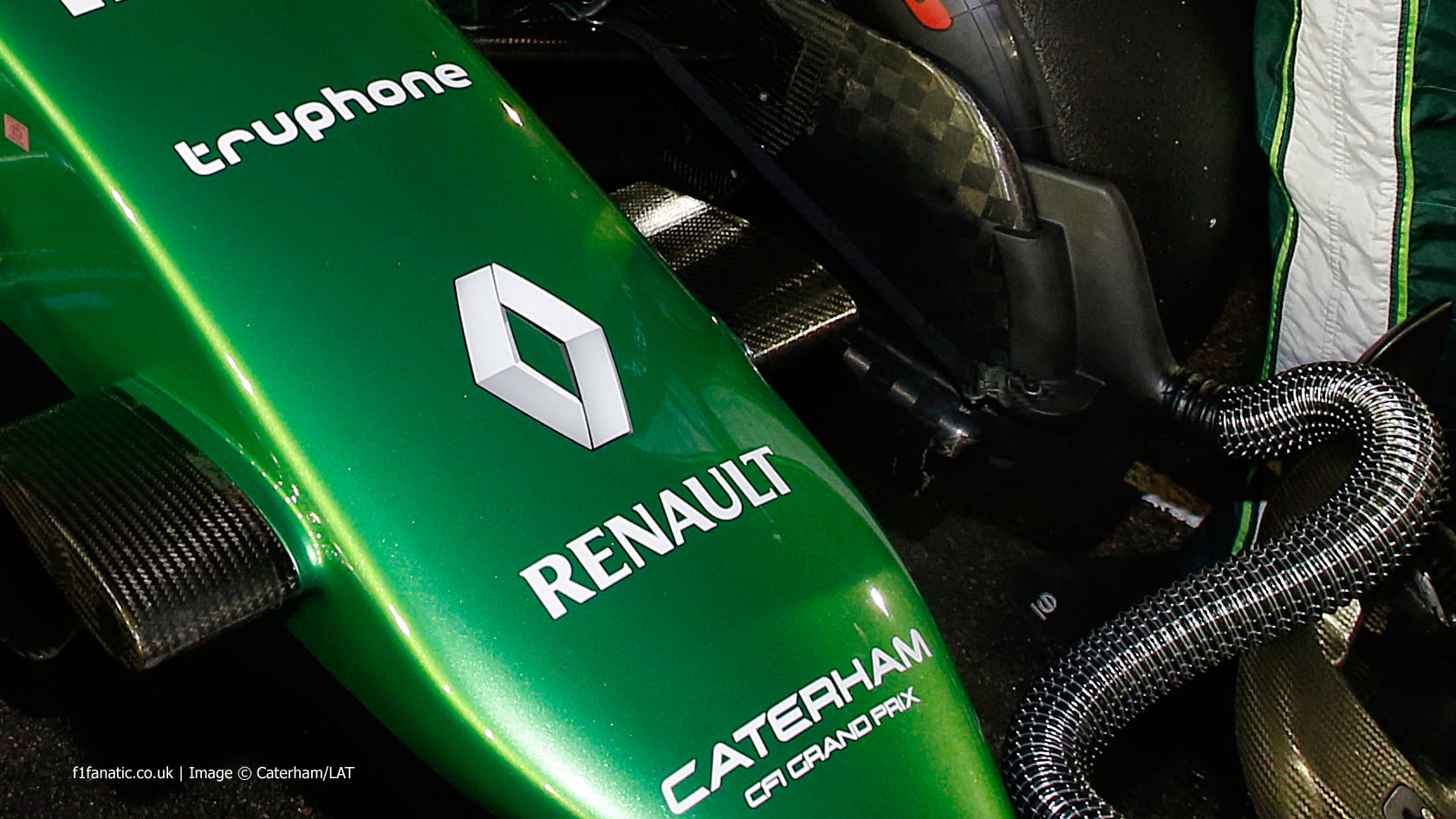 While several sponsors occupied more prominent positions on the cars for the prestigious Singapore Grand Prix, a new logo on the Caterham prompted questions over the team’s ownership. The new text which appeared on the nose of the Caterhams in Singapore, reading ‘CF1 Grand Prix’, prompted fresh questions over the secretive group who bought the team in July. But team principal Manfredi Ravetto refused to give anything away about where the team’s backing has come from.

He described the investors from Switzerland and the Middle East as “a group of wealthy individuals”.

“They just want to make the best out of their investment and they don’t need to have any kind of personal visibility or publicity,” he added. “By the way, it’s something they refuse. They are very much business-driven and investment-orientated.”

Ravetto said he is “just trying to make my best in running this team, together with a very nice group of people”.

“That’s my main concern. All the rest, I’m really not supposed to go more in detail.”

Ravetto also revealed that had the team not been sold it would not have been on the grid for the British Grand Prix. After agreeing a sponsorship deal with Segafredo Zanetti at the previous race, their logos were replaced by local brand on their rear wing endplates in Singapore. The same brand will be used in next week’s Japanese Grand Prix as well.

McLaren continued to rotate some of its other brands around the car. Johnnie Walker, which was on the rear wing in Monza, moved to the sidepods. During the race weekend Formula One Management announced a new deal to promote them as the “official whisky” of Formula One. McLaren denied reports of a split with the Diageo-owned brand.

For this race Esso took over McLaren’s rear wing with prominent branding seen at earlier races. Emilio Botin, chairman of Spanish bank Santander, passed away in the week after the Italian Grand Prix. Santander entered Formula One in 2007 with McLaren when Fernando Alonso joined the team. They reunited with him at Ferrari three years later, but continue to back McLaren as well.

Botin, who was 79, was the driving force behind their F1 sponsorship programme and Ferrari paid tribute to him in Singapore by adding black lines to the Santander logo on the rear wing endplates. Watch company Armin Strom has been with Marussia since 2012. For Singapore, their logos appeared on the cars’ rear wing endplates and on the cockpit of the MR03s.