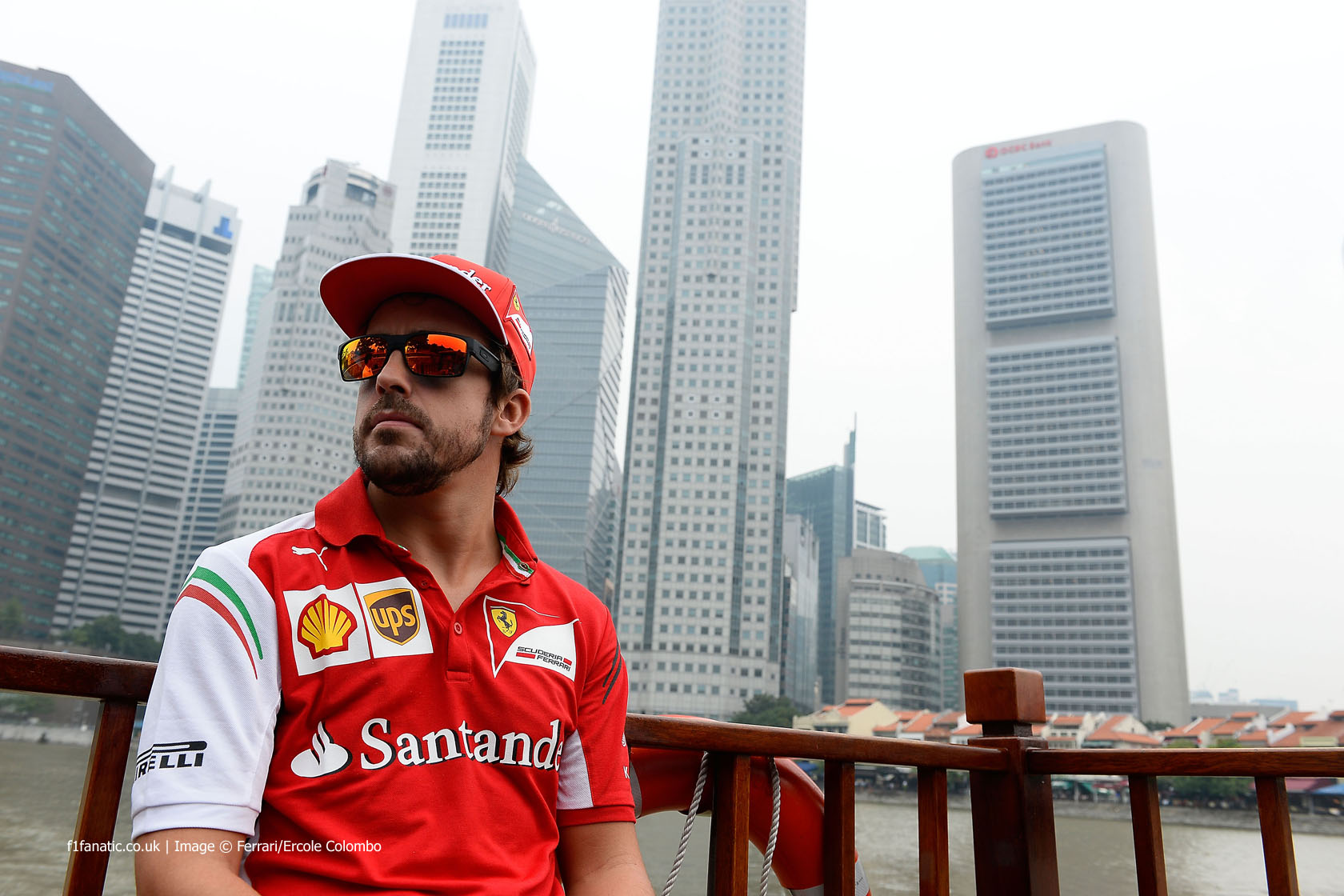 The recent calls from some teams for the engine freeze regulations to be relaxed was not just a question of them trying to increase their chances of catching Mercedes. It was also significant in terms of the driver market for 2015.

The three-pointed star has conclusively beaten its rivals this year, and the prospect that the limits on engine development will keep them from being caught in the near future will inevitably lead drivers with French or Italian power units to seek a Mercedes-powered berth for next season.

However with both W06s already occupied for next season, and given a move to three-car teams is not going to happen in time for next year’s Australian Grand Prix, there are no vacancies there for anyone to take advantage of.

But as we have often seen in F1, just because a driver is contracted to a team for a season does not mean they will end up driving for them. The Spanish and Italian media has doggedly pursued the possibility that Fernando Alonso might be first among those looking for a change of team. In the run-up to last month’s Italian Grand Prix he dutifully told the Ferrari faithful he wants to stay at the team but, as many quickly pointed out, that is not the same as saying he will – even with a contract which currently takes him up to 2016.

It goes without saying that Alonso did not join Ferrari in 2010 with the expectation they would fail to win a championship together in five seasons. But their latest setback is by far the most serious – it denotes a failure to capitalise on a change in engine rules which always looked likely to threaten the Red Bull hegemony. Not only have Ferrari been thrashed by Mercedes, they currently languish well over 100 points behind Red Bull despite the world champions suffering a truly dreadful winter.

Root-and-branch change at the teams is underway following the replacement of Stefano Domenicali by Marco Mattiacci in April and the impending departure of president Luca di Montezemolo this month. But 17 months after his last race win and eight years after his last championship, Alonso’s patience may have reached its limit.

Given the drama which accompanied his departure from McLaren in 2007, it seems extraordinary Alonso might be contemplating a reconciliation with Ron Dennis and could terminate his Ferrari contract – no doubt at significant cost – in order to walk through the doors of the McLaren Technology Centre and get his hands on a McLaren-Honda MP4-30.

But the Spanish media are increasingly convinced such a deal could happen – and the announcement may be timed to coincide with Honda’s home event this weekend, although the engine manufacturer has played that down.

That would leave Ferrari looking for a replacement to drive alongside Kimi Raikkonen, whose two-year deal takes him up to the end of next season. The Honda deal restores McLaren alongside Mercedes, Ferrari and Red Bull as a ‘works’ engine operation. It therefore follows they require a top-name driver.

In Jenson Button they have a world champion who knows Honda well and has a deep affection for Japanese culture. But that may not prove sufficient to keep him in the team if a driver of Alonso’s calibre is available.

McLaren also have a logjam of young driver talent. Last year they elbowed Sergio Perez aside to bring in Kevin Magnussen. They also have Stoffel Vandoorne, who has impressed in Formula Renault 3.5 and GP2.

Further down the line Nyck de Vries has scooped the Formula Renault 2.0 Eurocup and ALPS titles this season. McLaren are starting to look like they could use their own Toro Rosso-style satellite outfit. For the past few years Red Bull have operated their own driver market largely independent of their rivals. New talent arrives at Toro Rosso and generally gets two or three years before being promoted to the top team or, more usually, discarded.

Of course that would change if one of their drivers decided there was a better option available. It’s hard to imagine them letting Daniel Ricciardo, arguably the revelation of the season, slip away. But are Sebastian Vettel’s thoughts turning to take on a new challenge?

Vettel has got five races left this year to prevent it being his first full season campaign without a victory. He’s been dogged by technical problems and repeatedly beaten by his new team mate. And he knows the input of star designer Adrian Newey will decline once this season is over.

Seeing Vettel in something other than Red Bull colours would be almost as big a shock as Alonso going back to McLaren. While Vettel may also be a target for the Woking team, he has been linked on many occasions with a move to Ferrari. Does he want to ‘do a Schumacher’?

Pastor Maldonado has already re-signed for 2015 but Romain Grosjean’s intense dissatisfaction with the team’s performance was plain to see at Singapore. Just 12 months ago he fought the Red Bulls for victory at Suzuka but he heads to this weekend’s race striving to add to his meagre eight-point tally.

Should he move on, a potential replacement could come from Lotus’s large stable of junior drivers. Esteban Ocon is one driver who’s been tipped for the switch. The French teenager is currently leading the European Formula Three championship ahead of a driver whose place on the 2015 grid has already been announced: Max Verstappen.

But with seats at the front of the grid in play, the rest of the driver market is likely to remain static until the biggest names have settled in their seats for 2015.

Should Alonso keep the faith with Ferrari – or take a gamble on McLaren and Honda? Who else are you expecting to switch seats over the winter?