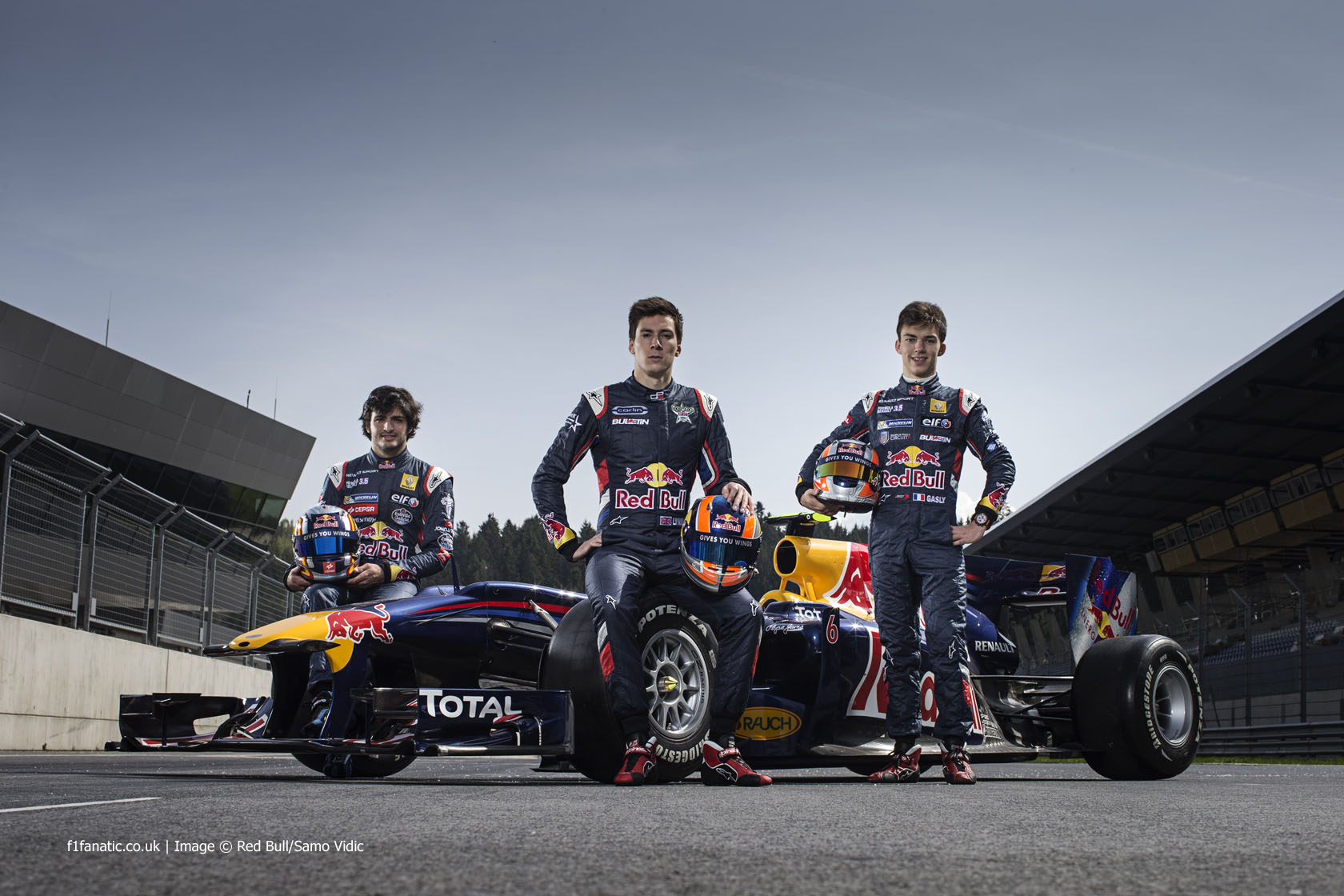 Sebastian Vettel, without question the most successful product of the Red Bull Junior Team, will sever his ties with the team which backed him all the way from karting to the top of motor racing’s most prestigious championship.

Comparisons will inevitably be drawn with Lewis Hamilton’s decision to leave McLaren two years ago, having enjoyed their backing since boyhood. But while McLaren’s young driver programme has only occasionally brought drivers into F1, Red Bull’s policy is distinctly different.

When the team first appeared in Formula One ten years ago it drew on established talent – first David Coulthard, then Mark Webber. But since Webber’s departure at the end of last season both Red Bull and Toro Rosso have exclusively been homes to talents brought on by Red Bull through the junior categories.

Because of that Daniil Kvyat, who 12 months ago was a GP3 driver without an F1 contract, is about to join the world champions. The success Daniel Ricciardo enjoyed after his promotion to the top team this year, like Vettel before him, leaves little room for doubt Red Bull can get it right again.

Ironically, Red Bull have found themselves needing to draw on their reserves of junior talent at a time when they have cut back the number of young drivers they are backing. The six-driver programme of 2013 was trimmed back to just three at the beginning of the year – though that was quickly boosted to four when Max Verstappen arrived on the scene.

The inevitable question which follows is which of Red Bull’s remaining juniors stands to claim the vacancy at Toro Rosso left by Kvyat.

The conservation decision would be to grant Jean-Eric Vergne a stay of execution, to avoid having two rookie drivers in the team. Toro Rosso team principal Franz Tost may prefer that option, having previously described Vergne as the best driver the team had who didn’t make it into Red Bull.

However, as Tost acknowledges, Toro Rosso’s function is to be Red Bull’s kindergarten – the last step on the Junior Team ladder. And the empty seat which has opened up offers them a chance to avoid a potentially unfortunate side-effect of their rapid promotion of Verstappen.

Carlos Sainz Jnr might have felt a bit put out when he was ‘leapfrogged’ by Kvyat for a place at Toro Rosso last year. But missing out a second time to Verstappen in August was undoubtedly a blow, one DAMS team boss Jean-Paul Driot acknowledged had affected his driver.

Sainz’s Formula Renault 3.5 championship campaign appeared to have hit the skids until he arrived in Paul Ricard last weekend and delivered a pair of flawless wins which has left him almost out of reach of rival Roberto Merhi. He therefore stood to become the first of Red Bull’s Junior drivers to win the title – something Ricciardo and Vergne both failed to do – yet until today’s developments it seemed certain that would not be rewarded with an F1 driver. That may now change. Red Bull’s other options include runaway GP3 points leader Alex Lynn, though he hasn’t got Sainz’s F1 test experience. Pierre Gasly has been fast and consistent but win-less in Formula Renault 3.5 and it would be a surprise to see him make the jump unless Red Bull have seen something amazing when he’s in the simulator. They could even choose to bring Antonio Felix da Costa in from the DTM cold, though he seems to have fallen out of favour following a disappointing Formula Renault 3.5 campaign last year.

Whichever route they take, when Red Bull make their approaches to a new batch of young drivers ahead of next season, they will do so knowing their credentials for bringing new talent into F1 couldn’t be stronger. It stands in sharp contrast to the likes of Lotus, who named nine junior drivers at the beginning of the season, but made their most recent hiring from a rival team and who passed over their reserve driver Davide Valsecchi when they needed a stand-in at the end of last season.

Red Bull have cultivated a pool of young drivers, one which other teams may increasingly see the value of emulating. It walls off their talent from rival outfits – until the driver at the top decides it’s time to do something different.