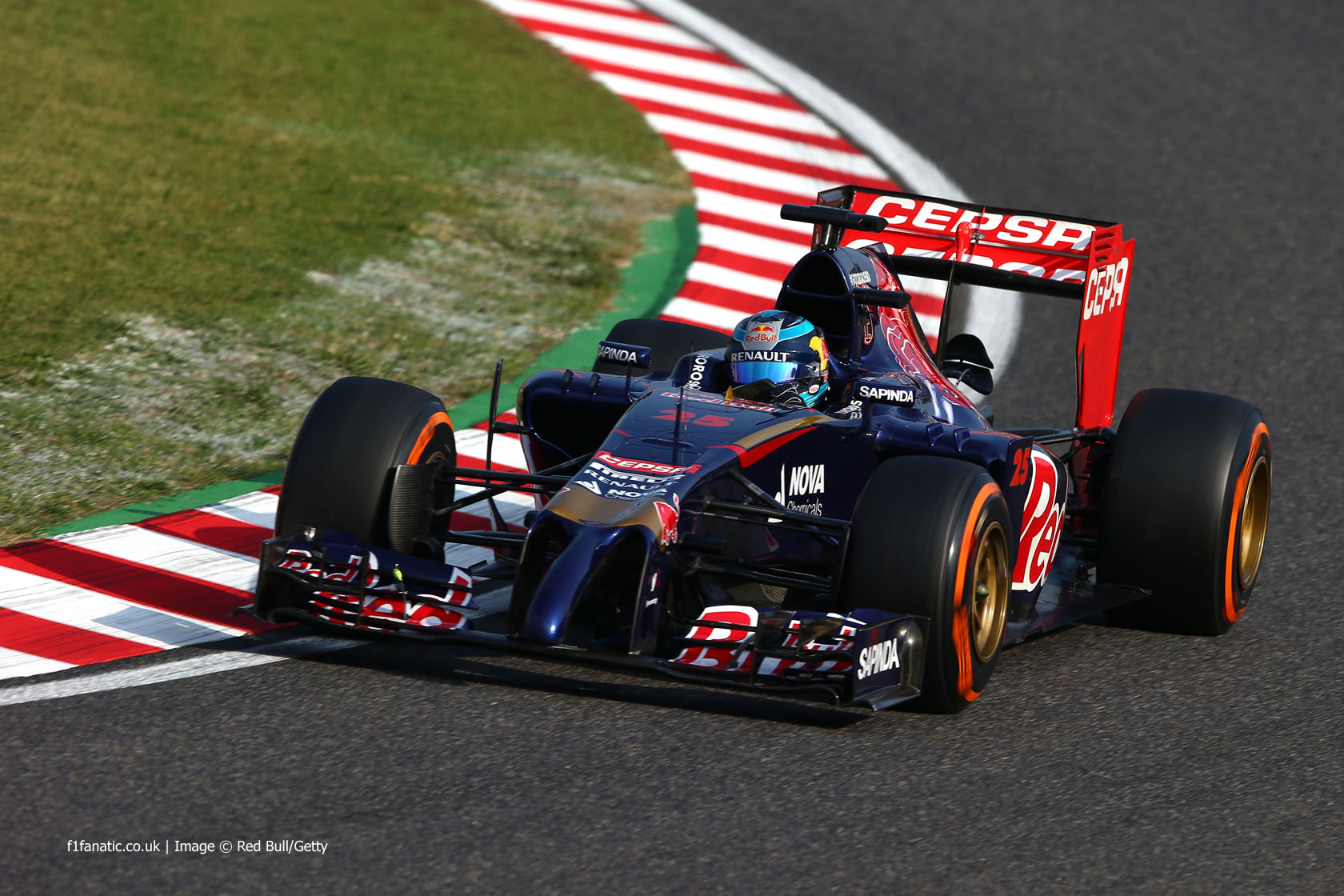 Jean-Eric Vergne has become the second driver this weekend to collect a grid penalty for an engine change.

Team mate Daniil Kvyat had the same penalty at Monza. All three are Renault engine users.

Vergne, who had qualified 11th, will now start 21st alongside Maldonado on the back row of the grid.

It is the latest in a series of setbacks for Vergne this weekend. “I didn’t drive FP1, I had two technical issues in FP2 which shortened my running time, I could complete only 3 laps in FP3 this morning,” he said.

“The race is tomorrow and anything can happen, even starting from the back of the grid,” he added.

11 comments on “Vergne also gets grid penalty for engine change”