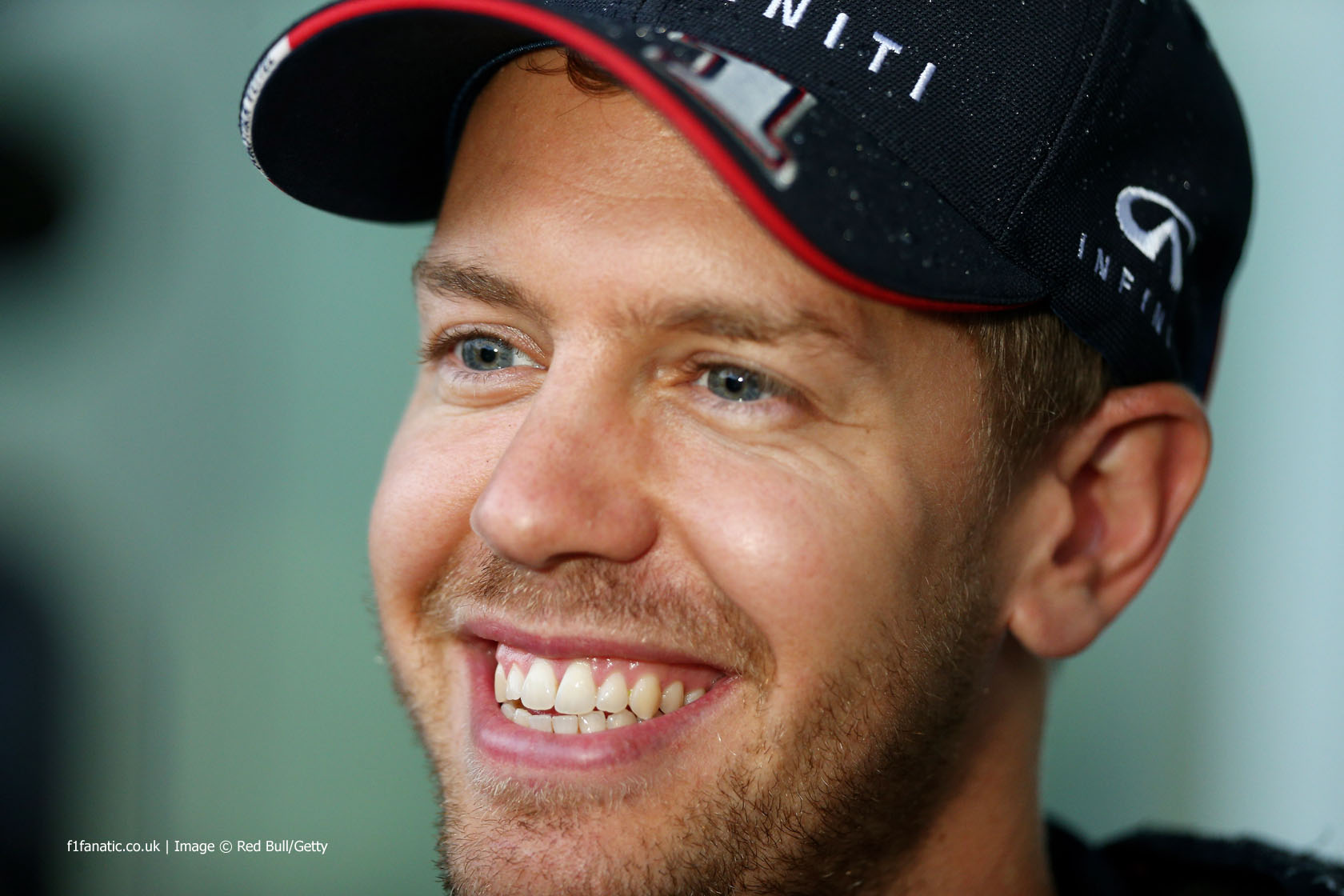 Sebastian Vettel will leave Red Bull at the end of the season and his place at the team will be taken by Daniil Kvyat, the team have confirmed.

Amid rumours Vettel will go to Ferrari to take Fernando Alonso’s place at the team, the first official move in the driver market has been taken by the reigning world champion.

“Sebastian Vettel has advised us that he will be leaving Infiniti Red Bull Racing at the end of the 2014 season,” said Red Bull in a statement on Saturday.

“We’re pleased to announce that Daniel [Ricciardo] will be joined in the team for 2015 by another rising star from the Junior Programme, Daniil Kvyat.”

Red Bull guided Vettel’s progress towards F1 which led to him joining the team in 2009 from Toro Rosso. He won his first of four consecutive drivers’ championship titles with the team in 2010.

“It is a big step and hard to make such a decision,” said Vettel in a statement.

“The chance to drive in F1, the first win with Scuderia Toro Rosso, the four championship wins with Infiniti Red Bull Racing and many other great memories have bound Red Bull and myself together into a kind of family. No one can take these times away from us.

“Now I have decided to take the next step in my career but first I would like to express once again big thanks to Dietrich Mateschitz, Dr Helmut Marko, Christian Horner, the whole Red Bull family, Infiniti Red Bull Racing and Scuderia Toro Rosso. I would like to thank everybody within Red Bull for their confidence in me, trust and great support over the last years.”

The decision marks a surprise promotion for Kvyat, who made his F1 debut for Toro Rosso at the beginning of the season. In August Toro Rosso said Kvyat would remain with them for a second season, alongside newcomer Max Verstappen, and his impending switch to Red Bull leaves a vacancy in their line-up.

173 comments on “Vettel to leave Red Bull, Kvyat to take his place”