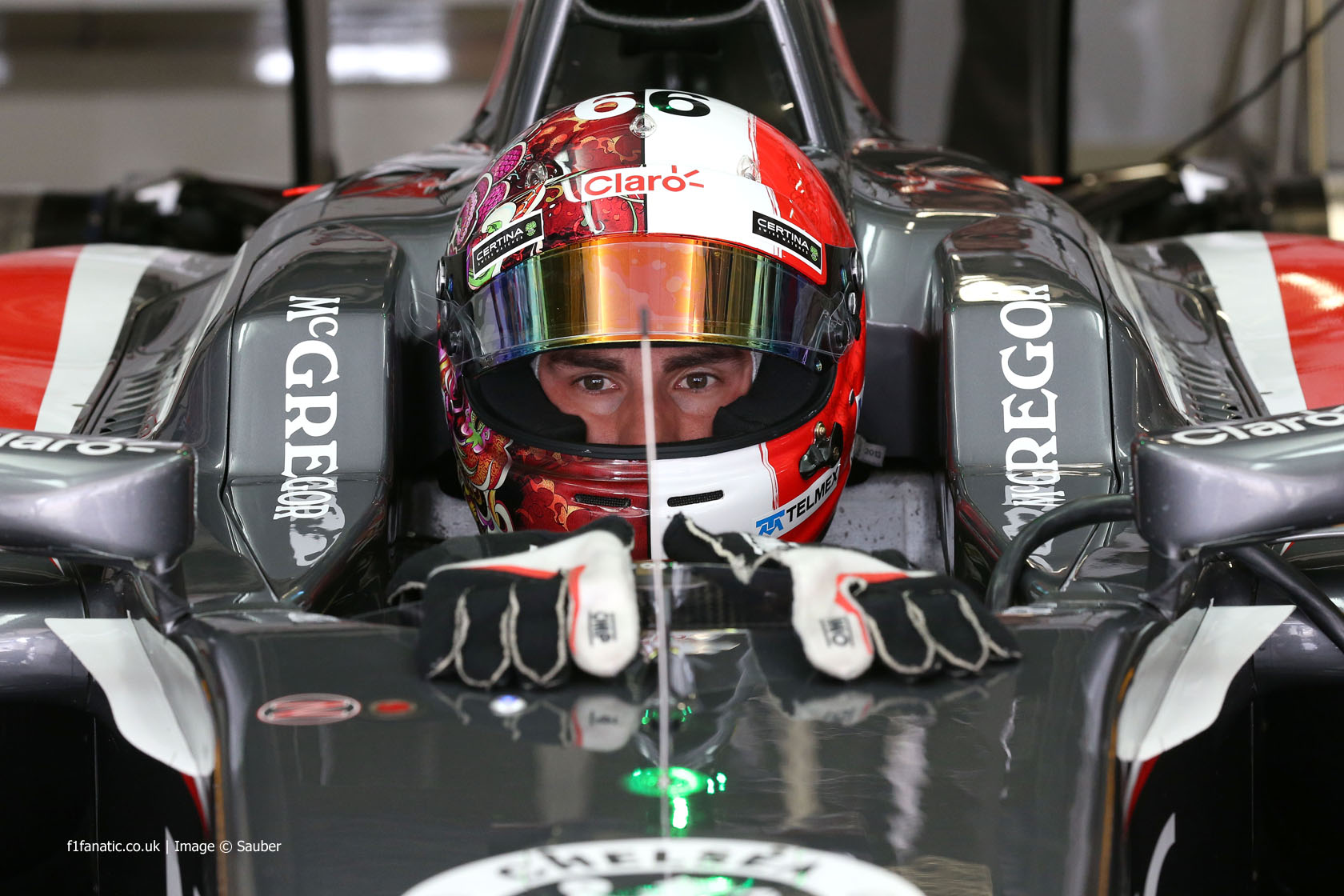 Adrian Sutil said Jules Bianchi hit the crane which was sent to recover his car after he crashed at the Dunlop curve during the Japanese Grand Prix.

Bianchi was taken to hospital unconscious following the crash, according to the FIA.

Sutil said he aquaplaned off at the corner and went into the barrier. “It’s a tricky one,” he said, “as the rain got more and more the visibility got less and less”.

“And one lap later, with waved yellow flags, Jules came around and had the same spin there and that was it. It was more or less the same crash, Just the outcome was different.”

“The [crane] came out to rescue my car and then it all happened,” Sutil added.

The Sauber driver said race control should have considered recovering his car under the Safety Car because of the dangers of the corner.

“In respect of this corner, everyone knows that this corner is one of the most trickiest ones,” he said. “Especially when it’s getting late and the rain increases if you have an accident there you should probably think about a Safety Car.”

“But it’s a tricky condition today anyway and I think not easy to make a right decision absolutely on the right moment.”

The start of the race was delayed because of heavy rain at the track, which Sutil believes was the right decision.

“I thought at the beginning of the race we managed it quite well with the Safety Car, when it came in the visibility was OK, the track was OK to drive, but it just got a little bit dark in the end and maybe we should have stopped the race a bit earlier.”

However he added more thought should have been given to starting the race early after week-long warnings about heavy rain.

“I think they spoke about it,” he said. “We weren’t asked about out opinion so there’s nothing really I can say.”

“It was very clear that it got more wet the whole day though, it would have been quite easy to make the race a bit earlier. But as I said it’s not in my hands.”

55 comments on “Sutil: Bianchi hit crane on lap after crash”