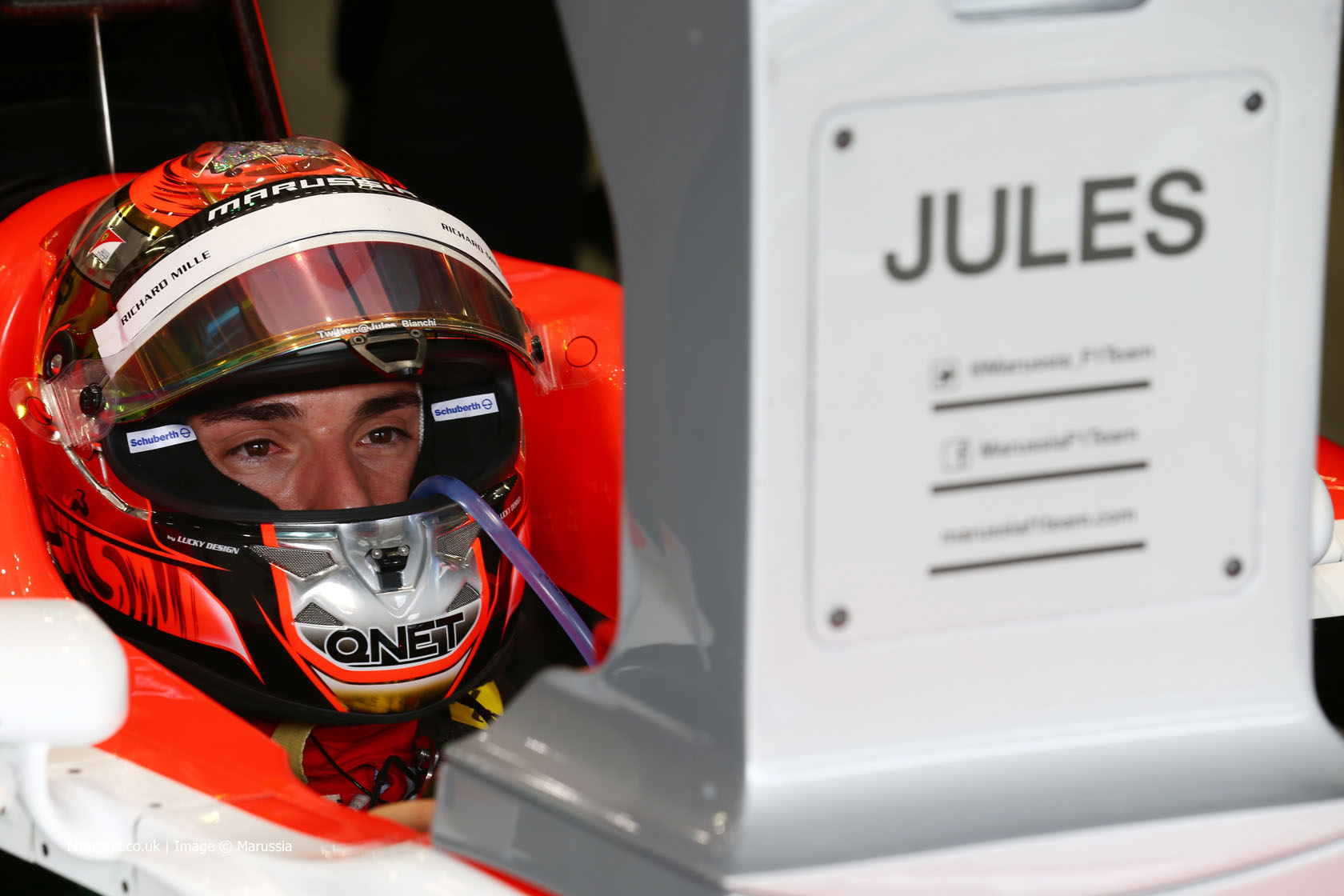 Marussia have asked for “patience and understanding” in the absence of further updates on the condition of their injured driver Jules Bianchi.

Bianchi was taken to a hospital in Yokkaichi, 10km from Suzuka, for surgery on “severe head injuries” following a crash in yesterday’s Japanese Grand Prix.

No further official information has been issued about Bianchi’s condition since the last update issued by the FIA.

In a statement released on Monday, almost 24 hours after the crash, Marussia said they “would like to acknowledge the huge outpouring of support and affection for Jules and the team at this very difficult time”.

“With regard to the communication of information concerning Jules’ medical condition, we will respect, and be guided by, the wishes of the Bianchi family. Together with Jules’ care, they will remain our highest priority.

“Therefore, we would ask for patience and understanding with regard to further medical updates, which will be communicated in conjunction with the Mie General Medical Center in Yokkaichi, where Jules is being treated, when they feel it is appropriate.

“Representatives of the Marussia F1 Team and Scuderia Ferrari will remain at the hospital to support Jules and the Bianchi family.”

Amateur video footage of the crash uploaded to YouTube on Monday revealed more details of the crash, which occurred as marshals were recovering Adrian Sutil’s Sauber which crashed at the same spot on the previous lap.

Although the video does not cast any light on how Bianchi came off the circuit, it shows the marshals had already lifted Sutil’s car with the crane when Bianchi went off. The Sauber was being steadied by a marshal with a rope at the front.

The front-left side of the Marussia struck the tractor with sufficient force to lift it into the air and rotate it, dropping the Sauber onto the ground and knocking a marshal over.

Once the Marussia came to a rest a marshal reached the cockpit within a few seconds and immediately gave the signal to summon medical attention.