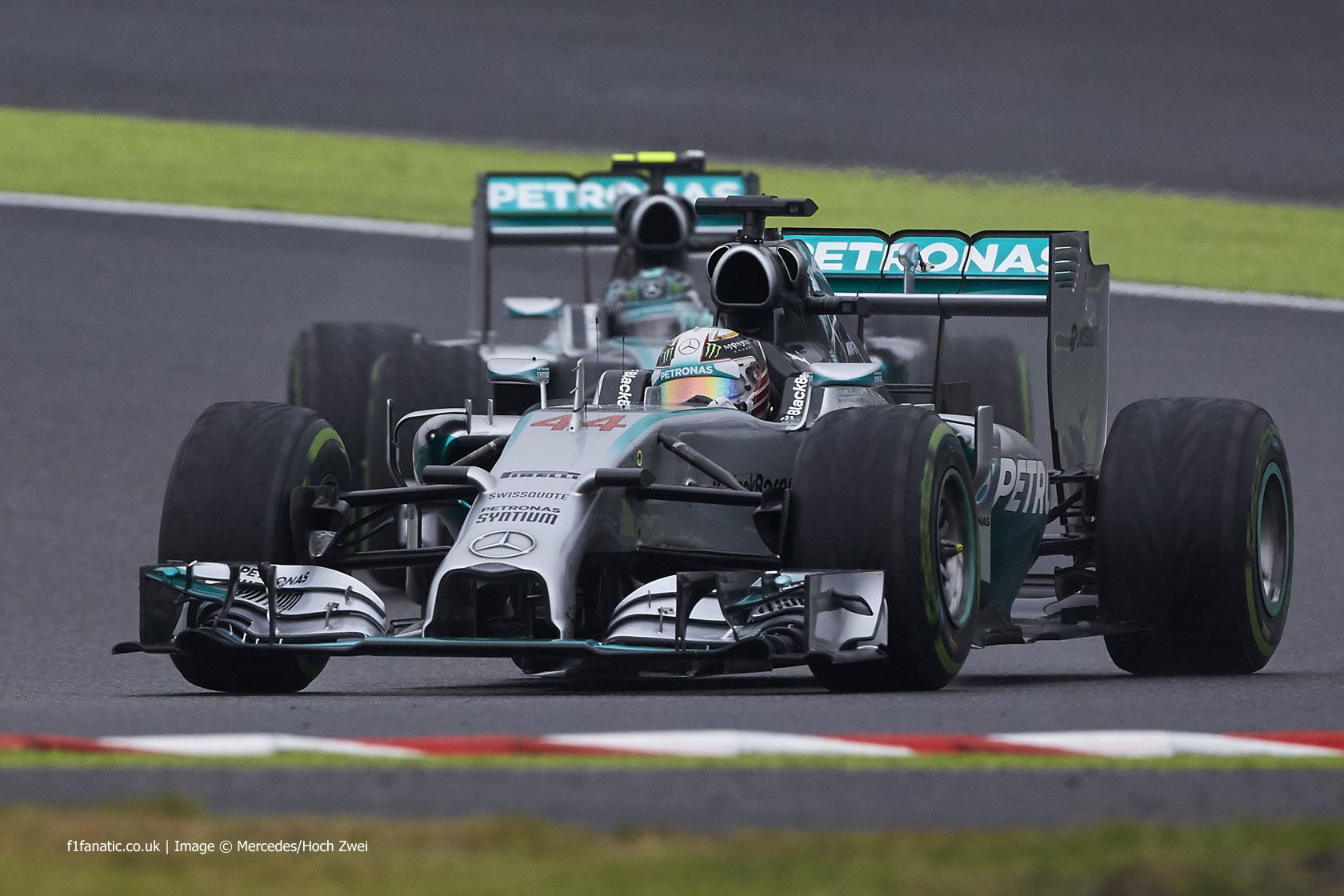 A video filmed by a fan at Suzuka revealed to the world the shocking ferocity of Jules Bianchi’s crash which left him with severe injuries and brought an early end to the race.

Out of respect to Bianchi, his team and family, that video is not featured in our regular collection of fans’ videos from each round of the championship. Details of what the video revealed about the crash can be found here.

Although Formula One Group or agents acting on their behalf have been quick to order the removal of the video from prominent video-sharing sites on copyright grounds, they do not appear to have done the same in the case of other publications who are hosting the video themselves. As regular readers of this series will know and as can be seen below, videos filmed by fans at tracks are not normally subject to copyright claims.

The original version of the video is almost three minutes long. Many sites are hosting a much shorter version of the video. Partly as a result of that editing, some people who saw the video made the incorrect assumption the marshals who were recovering Adrian Sutil’s crashed Sauber, where Bianchi went off, were not covered by yellow flags at the time.

From viewing the full length version of the video and comparing it to the footage broadcast during the race it appears the crash scene was covered by yellow flags and that the green flag being waved applied to an area of the track which the crash had been cleared from. Here is a series of comments which explains the circumstances behind the green flag in greater detail.

Before the Japanese Grand Prix took that horrible turn, these other moments were captured by fans at the track.

Maldonado goes off in practice

Drivers parade: Watch out for Raikkonen