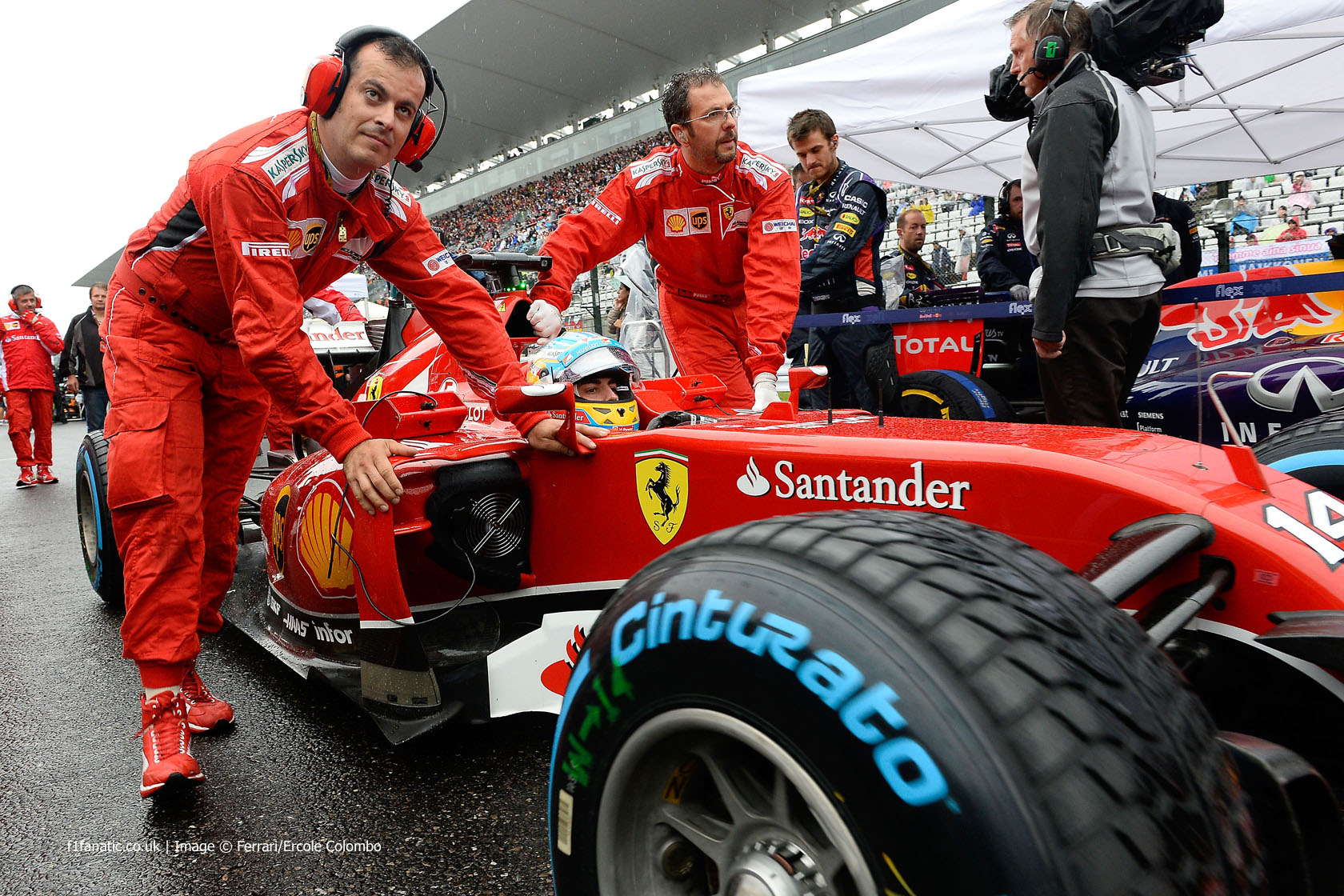 Ferrari’s difficult season continued in Japan where they failed to score a point for the first time since the 2010 British Grand Prix.

In that time they had scored points in 81 consecutive races, beating McLaren’s previous record of 64 which was set last year.

None of Ferrari’s engine customers finished in the top ten either, meaning there were no Ferrari-powered points scorers, which last happened at the 2009 Singapore Grand Prix.

Mercedes now have the longest running points-scoring streak for a team: 35 races, which began at the 2012 Brazilian Grand Prix, the race before Lewis Hamilton joined them.

The W05s were in their usual imperious form at Suzuka: they locked out the front row of the grid and finished one-two, both for the eighth time this year. If they continue to finish one-two in all of the four remaining races, Nico Rosberg must win at least three of them including the double points finale to beat Hamilton to the drivers’ championship.

Mercedes’ one-two finish would have clinched the constructors’ championship had the Red Bulls finished further down. That didn’t happen, but Mercedes have a much stronger chance of wrapping up the title in Russia this weekend.

Hamilton’s eighth victory of the season means he now has twice as many wins as his team mate, and Rosberg cannot end the season with more wins than him. It was the 30th win of Hamilton’s career – one more will see him tie with Nigel Mansell as the most successful British driver in terms of race wins.

Rosberg took pole position for the eighth time this year. With Hamilton on six, if Rosberg wins two more he will become the inaugural winner of the FIA’s pole position trophy, which was introduced this year. It was the 12th pole of Rosberg’s career, putting him level with Gerhard Berger and David Coulthard.

Hamilton’s sixth fastest lap gives him one more than Rosberg so far this season, and moves him on to 19 for his career so far. That puts him level with childhood hero Ayrton Senna, as well as Stirling Moss, Damon Hill and Mark Webber.

Rosberg led his 400th lap of the season – but the next time by Hamilton took the lead off him. By the end of the race, however, Hamilton had still led fewer laps this season than his team mate – 362.

Vettel, Alonso and Bottas out of title race

Third place for Sebastian Vettel means he has still never failed to appear on the podium in six visits to Suzuka. However he is no longer able to retain the championship crown he won for the last four seasons.

Team mate Daniel Ricciardo is now the only person who can stop one of the Mercedes drivers from winning this year’s championship. This may have a bearing on team orders at Red Bull, but with Vettel having already announced he is leaving the team at the end of the season, he wouldn’t have much incentive to follow them.

Valtteri Bottas and Fernando Alonso are also officially out of the championship hunt. The latter had his second retirement due to a mechanical fault in three races, having had no such failures in the preceding 86 races.

However the Japanese Grand Prix will not be remembered for any of these milestones, but for the terrible crash suffered by Jules Bianchi which brought the race to an early end. It’s poignant to note that on lap 13 he crossed the start/finish line in fourth place – the highest position ever officially occupied by a Marussia.

Spotted any other interesting stats and facts from the Japanese Grand Prix? Share them in the comments.