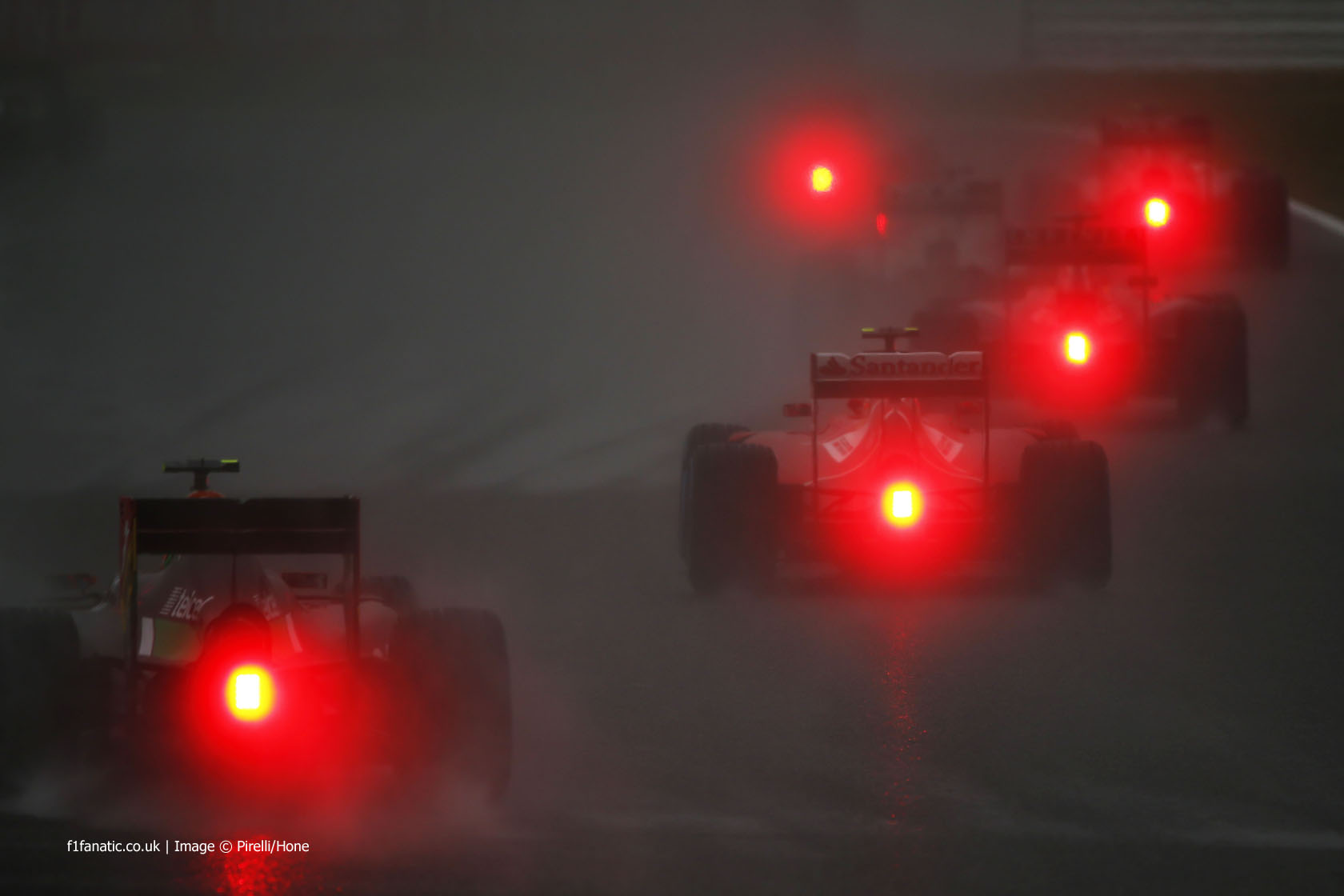 Ten of the best pictures from the Japanese Grand Prix weekend. The Toro Rosso garage was surrounded by photographers as Max Verstappen made history by becoming the youngest driver to participate in an official F1 session, three days after his 17th birthday. The tricku Suzuka circuit caught out several drivers during practice, including Daniel Ricciardo. Sparks fly in the McLaren garage. Last year Romain Grosjean led more laps of the Japanese Grand Prix than anyone else. This year in the recalcitrant E31 he never ran higher than 13th. Even the Giant Spider of Suzuka was no match for Lewis Hamilton and the Mercedes W05. Clouds loom over Jean-Eric Vergne during practice. The weather was a talking point throughout the race weekend as the approaching typhoon Phanfone prompted calls for the race start time to be brought forward. The rain duly arrived on Sunday but the race started at its usual time. Sergio Perez discovered how treacherous the track had become after he left the pits before the race and spun off on his way to the grid. With rain pouring down, the race started by the Safety Car – and then came to a stop again. Following a delay the race finally got going on lap ten. Nigel Mansell gave some encouragement to Hamilton before the start of the race. Hamilton went on to win – leaving him one victory short of Mansell’s tally – and the pair were reunited on the podium. The fading daylight and returning rain cast Suzuka in gloom as the race entered its final laps.

The serious accident which befell Jules Bianchi then brought the Japanese Grand Prix to an early end, and left the sport in shock.