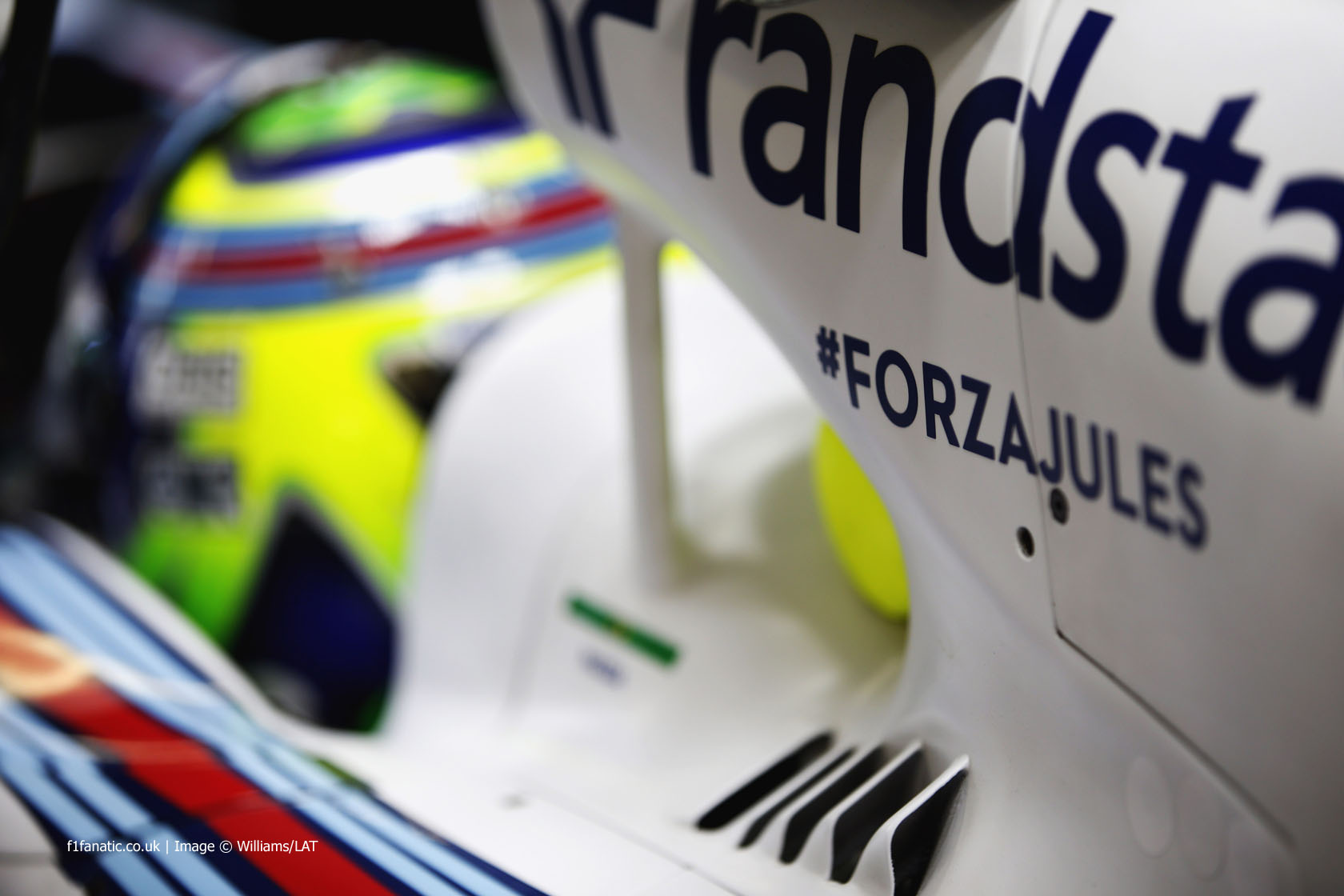 It’s not just Formula One drivers and teams who are showing their support for Jules Bianchi following his serious crash in the Japanese Grand Prix.

Drivers in the GP2 support series, where Bianchi raced in 2010 and 2011, are also carrying his name and number on their cars. Stoffel Vandoorne drew attention to the ‘Forza Jules’ slogan on his helmet after taking pole position for tomorrow’s feature race.

Here are some of the expressions of support for Bianchi on display at this weekend’s race.

19 comments on “Drivers and teams display support for Bianchi”