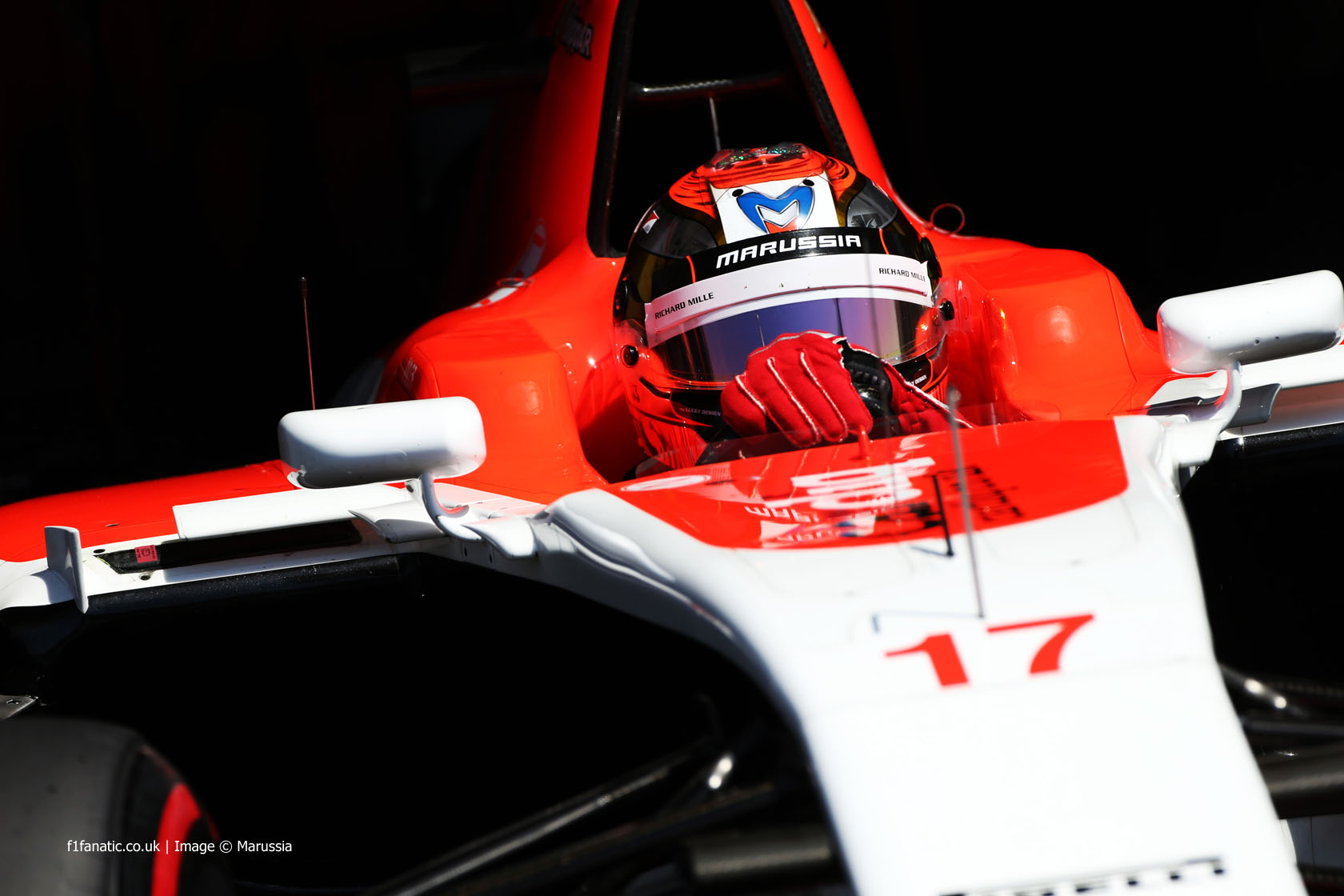 Marussia’s CEO Graeme Lowden thanked those who helped the team and fans who gave their support in the aftermath of Jules Bianchi’s crash for their support.

Speaking in today’s press conference Lowden said it had been a “very difficult time but it has also been a time where it’s reminded us of just how much support there is for people within this sport, looking at the wider picture, and the fans”.

He said Marussia has been “helped enormously by the Formula One family” and “it would have been really difficult to get through this week without the help of some very key people”.

Lowden began by thanking Marco Mattiacci, the team principal of Ferrari, for whom Bianchi has been a development driver since 2009.

“I’d like to personally thank Marco Mattiacci for his support and kindness, not just in his role at Ferrari but personally as well,” said Lowden. “He was at the hospital immediately afterwards and I know provided an awful lot of comfort to those that were there.”

“The Ferrari team also arranged for Professori Alessandro Frati to be present and I know that gave a lot of comfort to the people who were there at the hospital and the family. And so from our team to the Ferrari team we really want to offer a lot of thanks, it really made a difference.

“Also at the hospital was Professor Gerard Saillant from the FIA. I think we have to thank Jean Todt for arranging that, I think that was extremely helpful as well and certainly provided support to us.

“I know Jules is very close with his management team, Alessandro Bravi and Nicolas Todt. I think really they did an exceptional job looking after their driver.”

“On a personal note,” Lowden added, “I cannot speak too highly of the support that our team and myself have had from Bernie Ecclestone, right from the accident occurring.”

“In these situations which are incredibly difficult it’s incredibly reassuring to know that people care. If I could sum up the support we’ve had from Bernie it’s that he cares. That has been extremely valuable and extremely helpful.”

Bianchi remains in hospital in Japan where he is undergoing treatment for a severe brain injury. Lowden described Bianchi as “an exceptional Formula One driver but he’s also an exceptional human being”.

“I don’t know a single person who doesn’t like him. And you wouldn’t wish that accident on anybody. But I think certainly Jules has so many friends that it’s really hit home very hard for a lot of people.

“Our priority from this point onwards is obviously to Jules and his family and we want to provide them with the maximum amount of support at what is really a very difficult time.”

Marussia’s team principal John Booth has remained in Japan to offer support to Bianchi and his family. The team is only running one car in this weekend’s race for Max Chilton.

Lowden said it was “a difficult decision” but “the main thing we wanted to do was to do something useful and supportive as much as we can for Jules and or Jules’ family”.

“That was our primary objective. But also we are lying ninth in the FIA world championship at the moment and that’s a very important position for us. And we’re largely in that position because of Jules. He’s a racing driver, so he will want us to do the best we can.

“So we thought that the right thing to do was to obviously come here, take part in the event, but as a mark of support for Jules and A marks of respect to his mum and dad and Jules’s family, we would withdraw the second car. It’s fully scrutineered, it’s there, it’s ready to go, it’s in the garage, it’s got Jules’ race number on it.

“We found that it’s something we could do and also it’s been useful for the people in our team a well. They want to do an expression of support for Jules and so I hope people will understand what we’ve done and why we’ve done it. And I hope, even if it makes a small difference, then it makes a difference in the right place.

“We did seek opinion from a lot of people to make sure we made the right decision.”

Lowden said the decision left Chilton with a “tough job” to do this weekend.

“We try and build our teams around drivers. It’s normal for a driver to have a team mate to push against and to learn from and to race against and for the team to act in that way. And it’s also just a normal feel, as you go in the garage or anything else like that.

“So we recognise that we’ve made a situation for Max where he has a lot of extra things to think about but we hope that as well we’ll try and defend out position in the championship. Max knows how important that is and I know he wants to demonstrate himself support for the work the team’s done and that Jules has done as well. And of course the whole focus of the team, for us this weekend now, is Max.

“It’s been said before our job is racing, we’ve got a race to do and we’ve got a championship to take part in and so I know Max is very focused on that and I know he’s very, very keen to play his role within the team. Hopefully we’ll have a good race weekend.”

4 comments on “Marussia “extremely grateful” for support after Bianchi crash”