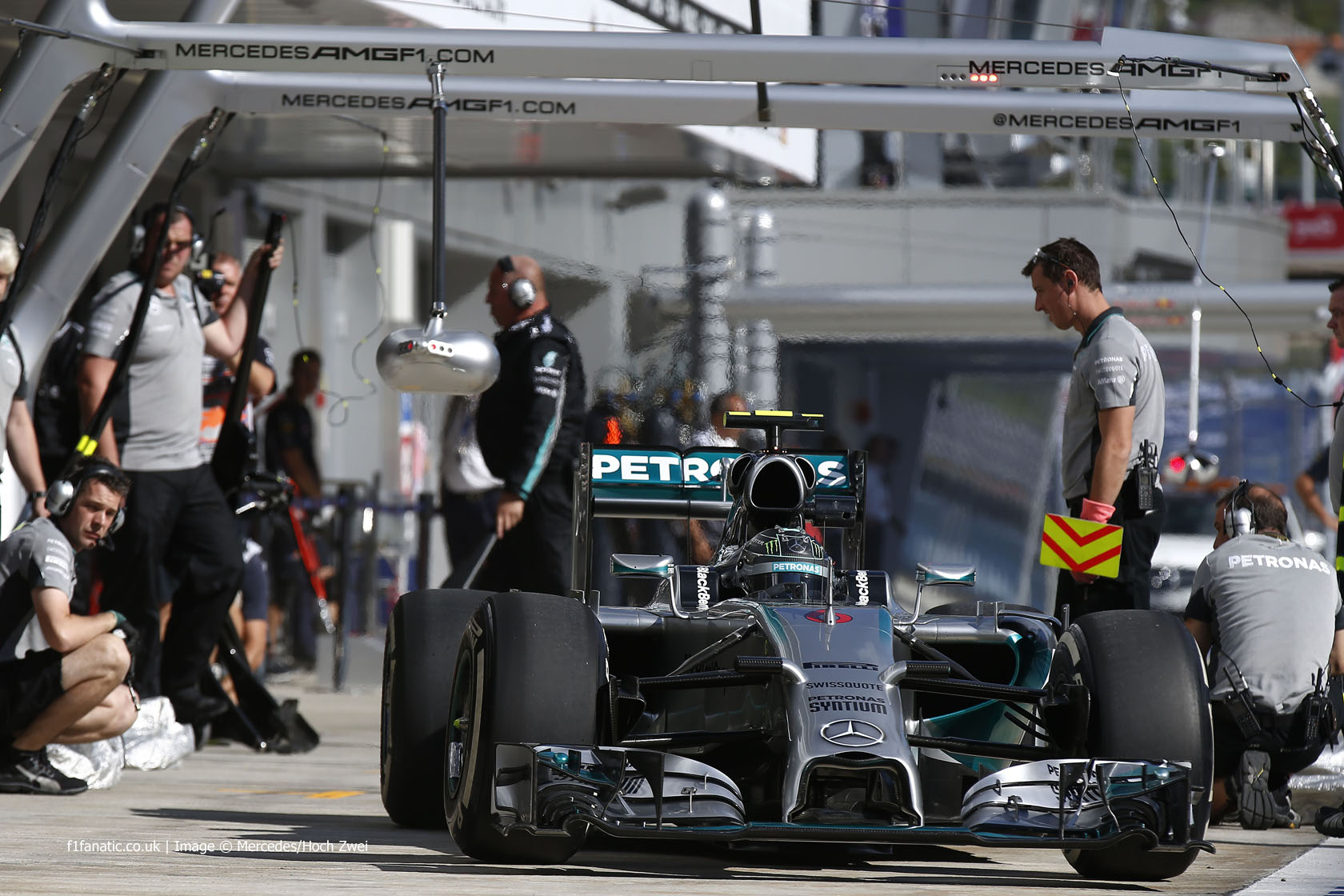 Nico Rosberg said he was disappointed in himself for spoiling his race at the first corner in Russia.

Rosberg locked his tyres heavily and ran wide at the first corner, forcing him to pit for tyres at the end of the first lap. But he was able to regain second place having completed the rest of the race without a further pit stop – and helped Mercedes secure the constructors’ championship.

“It was a great strategy from the team,” said Rosberg. “The thing is that our car is just unbelievable, it’s so good.”

“Everybody has done such a good job building this car and that’s why half of me is extremely disappointed that I messed up, but the other half I’m really happy because team deserves it so much and that’s, for them, this is the most important title of the year, the constructors’ championship. So that’s why I can even smile a bit because I’m happy for everybody to have achieved that.”

Race winner Lewis Hamilton added he was proud to drive for the newly-crowned champions.

“It’s history for us, I feel very proud to be a part of it. Me, Nico and all the team members to get the first constructors’ championship for Mercedes-Benz is amazing and so it’s a beautiful day.”

45 comments on “Rosberg disappointed he “messed up””