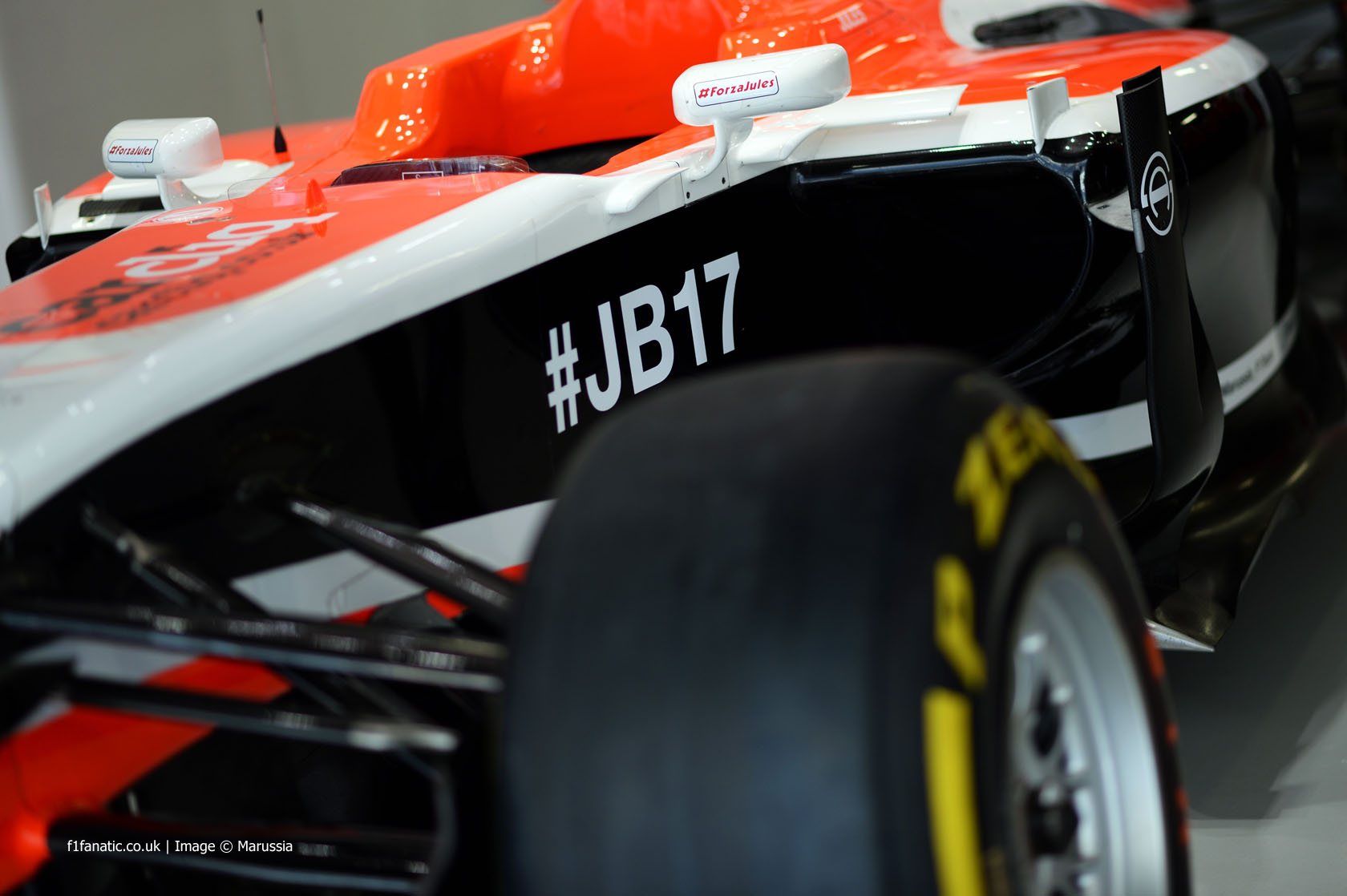 In the round-up: Alain Prost says he his “furious” at the crash in the Japanese Grand Prix which left Jules Bianchi with serious head injuries.

“I was furious. I was really shocked by the accident. You have the procedure, but the weather conditions were getting worse and worse with more and more water, so visibility was very bad.”

“We’ve a little bit of a gap now, which seems like a luxurious one, so we’ll use that time to work out what the best thing is. It’s never straightforward, so we’ll do whatever is right.”

Toto Wolff: “We have an advantage but it is not only on the power unit side, it is also on the chassis side, I believe.”

“I expect them to race normal to Abu Dhabi and in Abu Dhabi because of this stupid double-point system – which I personally don’t like – an exciting race between the two drivers because this will be the race of the decision [of who wins the title].”

“In addition to the £133.9m cost of their engines, Mercedes spent a staggering £190.7m just on running the F1 team. It is the highest amount that they have spent since Mercedes took over the outfit at the end of 2009.”

“The rules are the rules, which they are at the moment, but I think we need to be big enough to say let’s open a little bit, be responsible on costs so there is no impact for the customer teams, but have that position.”

Each member of Mercedes staff to get a minimum bonus payout of £10,000 (The Guardian)

“Every member of the workforce, from the highest-paid engineer down to the catering staff and cleaners, will receive a minimum payment of £10,000.” “I am confident. I’m not saying it’s going to be easy, but this title is a big help.”

“GoPro Inc’s shares fell as much as 16 percent on Monday after a French journalist suggested that Formula One legend Michael Schumacher’s injuries in a ski accident last year might have been caused by a wearable camera made by the company.”

“Security guards are unused to and unwelcoming of any questioning of their ‘requests’ and confiscated seemingly at random items ranging from dry shampoo to tissues. One of them insisted he check that a pregnant lady really was pregnant and not concealing anything sinister.”

Russian TV commentator Alexei Popov: “Now we only hope that nothing goes wrong the second time,” he says. “The second year will be the most difficult. What if no one comes? Or the organizers lose their determination?”

“Russian President Vladimir Putin, who watched Russia’s first ever Formula One Grand Prix racing in Sochi, was quite content with the event, Formula 1 chief Bernie Ecclestone told TASS on Sunday.”

“[His majesty] the King also attended the first edition of F1 Russian Grand Prix which was held at Sochi International Circuit.”

STOP ALL SPECULATION. I say I saw Mic Schumacher, I dont say where, I dont say I talk with him or I did an interview with him. Clear ? #F1

@tiff_tv Massa's Manager? Think the safety of his drivers is probably in sharp focus, as he sits at Bianchi's bedside in Japan.

F1 has its first Ebola scare. Paddock member on a plane isolated away from terminal with two ill aboard. Tests later show its not Ebola.

Loved Sergio Perez's defence against Felipe Massa in Russia (in a much slower car). Clean and effective. Fernando likewise against Daniel.

Such a boring race: I had my post-stats ready by the tenth-fifteenth lap… #F1

Does Nico Rosberg’s only realistic chance of winning the championship this year now lie in the unpopular double points system?

I hate the concept of Abu Dhabi’s double points as much as the next person, but ultimately this is the way the championship works this year (and, hopefully, never ever again). So to suggest that it ‘won’t count’ if Rosberg wins it at Abu Dhabi is ridiculous.

Unfortunately, the points system is what it is, and we’ve all been aware of it for the entire season thus far, so we just have to live with that.

I agree with @Ayrtonfan12 in that I want Rosberg to win, but for double points not to be a factor; sadly this looks highly unlikely to happen now.
Madi Murphy (@Ladym)

Charles Cooper, the man behind the pioneering rear-engined cars which won the 1959 and 1960 constructors’ championships, was born on this day in 1893. He died just four years after his team’s second championship triumph.