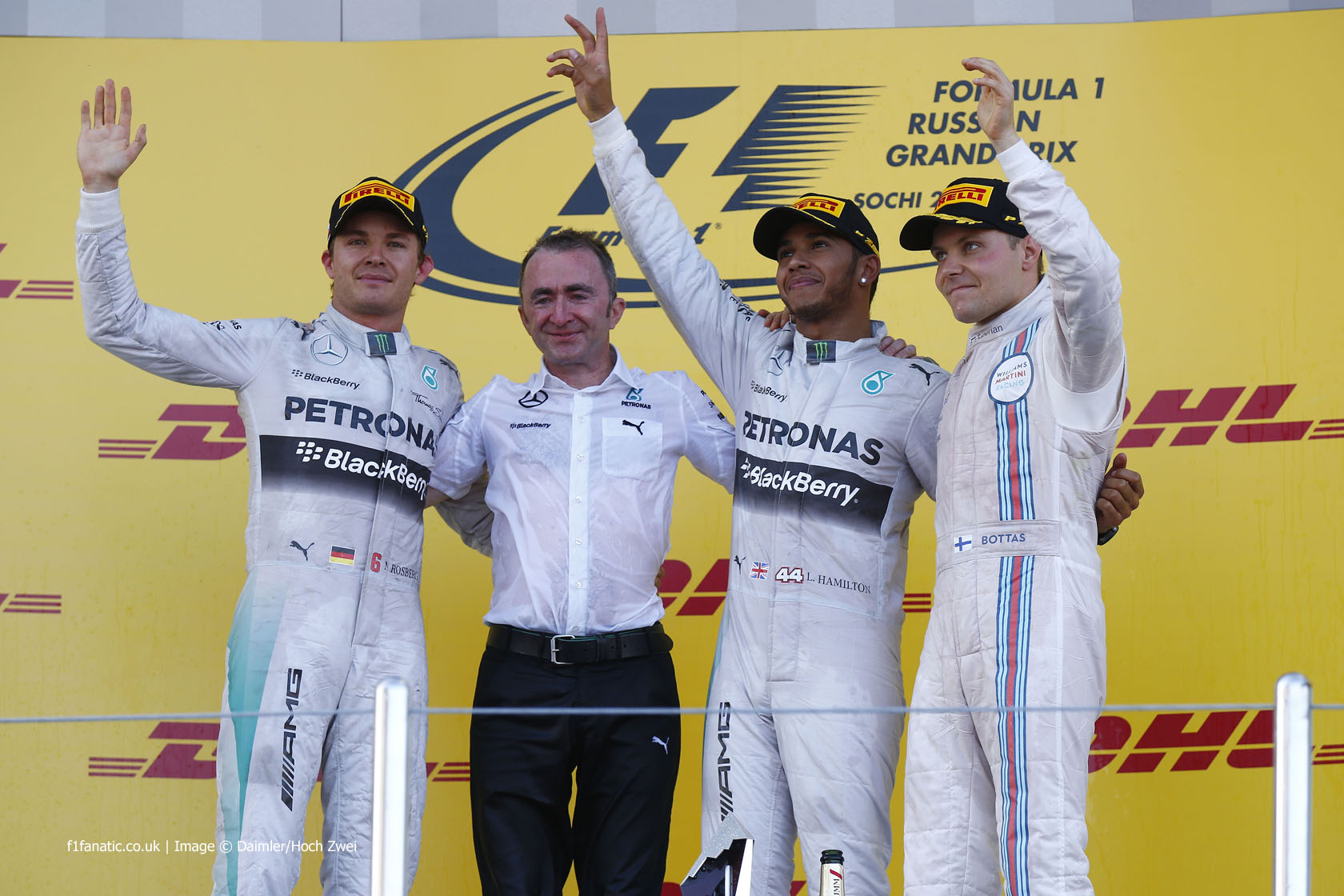 Five different players scored a perfect 50 in this weekend’s round of the Predictions Championship – meaning the pole position time prediction had to be used to pick a winner.

This was especially difficult as Formula One was racing on a new track for the first time, but @PratikPanda took the top prize by predicting Lewis Hamilton’s pole position lap time to within three tenths of a second, and became the first player to win a copy of Codemasters’ F1 2014 which goes on sale later this week.

The second place prize went to Phillip Speer and third place to Neil. Commiserations to the other two who made perfect predictions but missed out on the prizes.

In the overall championship, @Brouard21 continues to lead but now holds a reduced seven-pointed margin over @Romain-from-Grenoble.