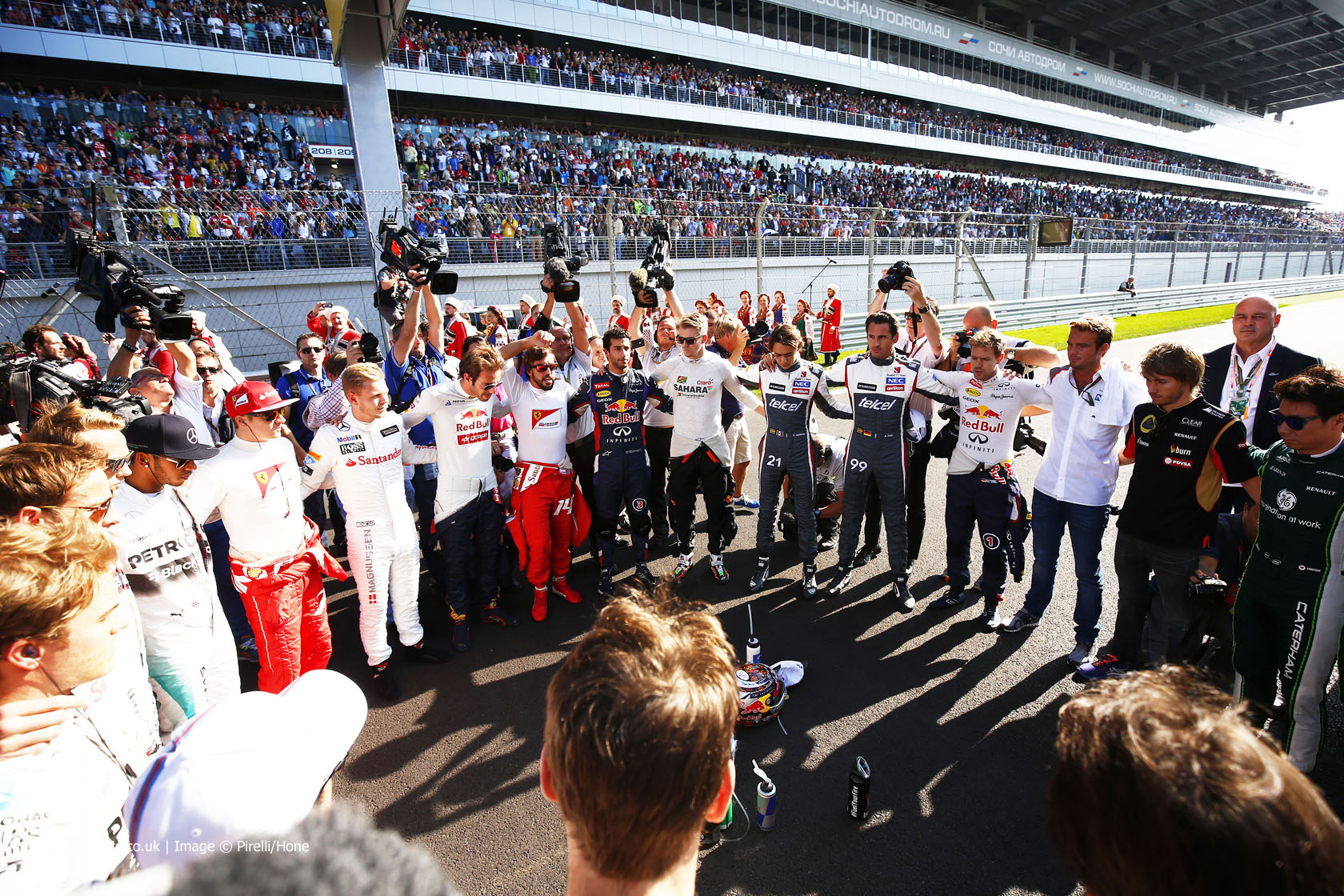 Ten of the best pictures which tell the story of the Russian Grand Prix weekend. The events of Suzuka cast a shadow over the Russian Grand Prix. Marussia decided against fielding a replacement for the injured Jules Bianchi, but prepared a car which sat in his garage as a poignant tribute. Thee were two Russian drivers on the track during the first official F1 session at the Sochi Autodrom. Sergey Sirotkin made his first appearance at a race weekend for Sauber. Fernando Alonso faced further questions over whose garage he will be pulling into next year. Fortune did not smile on Felipe Massa during qualifying. A fuel pressure qualifying meant he was eliminated in Q1. Daniil Kvyat, however, brought cheer to the home crowd by taking fifth on the grid, the best ever qualifying position for a Russian driver. Before the race began drivers gathered in a minute of silence of respect for Bianchi. Nico Rosberg’s attempt to take the lead off his team mate at the start went up in smoke as he locked his tyres. That left Lewis Hamilton with an unchallenged run to his ninth victory of the season.