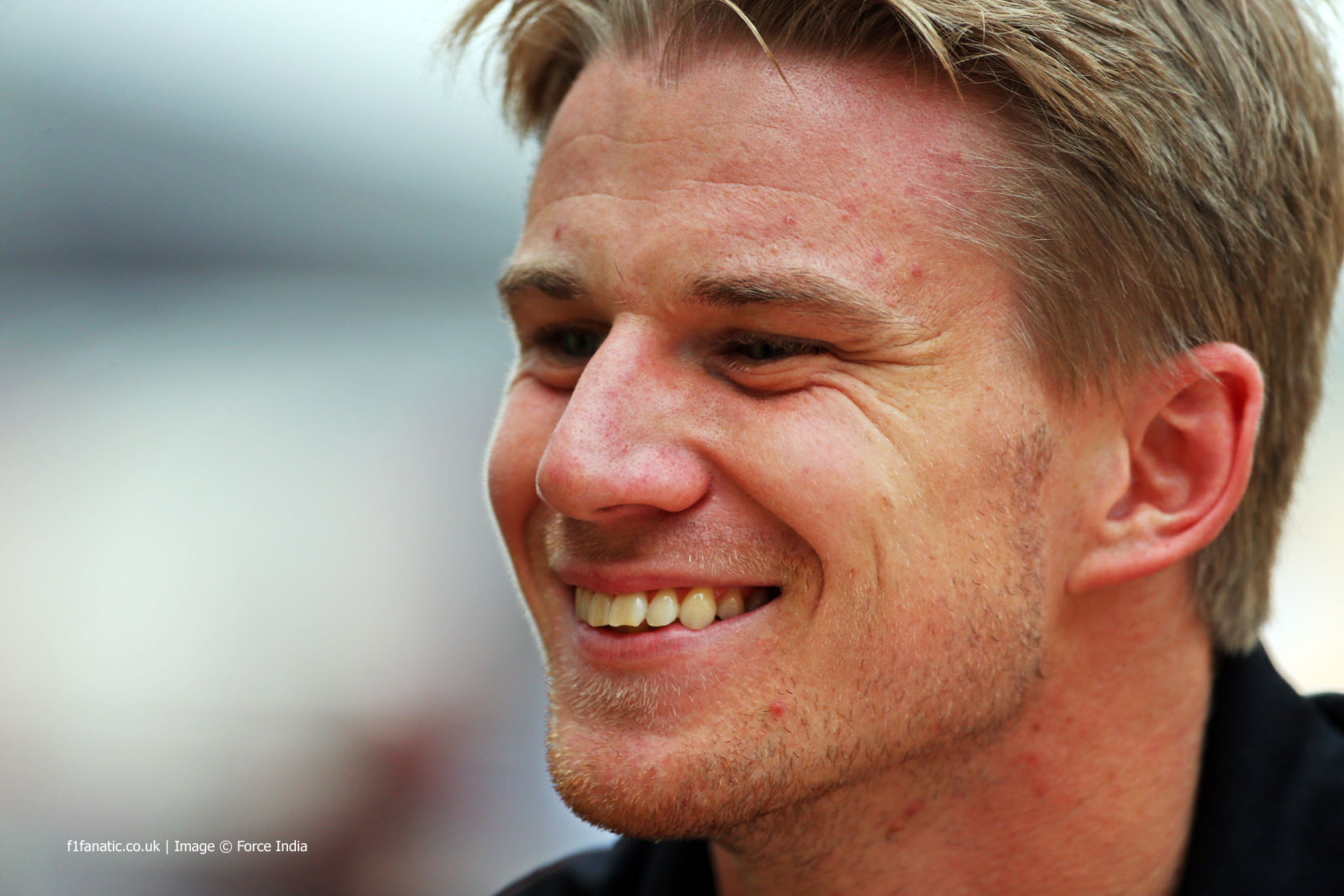 Nico Hulkenberg will stay at Force India for a third season with the team in 2015.

Hulkenberg, who was previously said to have a “multi-year deal” with the team, was confirmed on Monday a part of the team’s line-up for next season.

Hulkenberg joined Force India as a test driver in 2011 after losing his seat at Williams. He was promoted to their race team in 2012.

After switching to Sauber last season, Hulkenberg rejoined Force India this year and is the team’s leading points scorer, currently holding eighth place in the championship.

“We rate him very highly,” Mallya added. “We know him extremely well: he’s a true racer and he knows how to motivate the team. I am convinced he is one of the best talents on the grid and I am proud that he will continue to race in the colours of Sahara Force India.”

Force India are enjoying one of their most competitive campaigns so far. They are sixth in the constructors’ championship, 20 points behind McLaren.

“The team has big ambitions and I believe we can have a competitive package once again next year,” said Hulkenberg.

“We have a strong partner in Mercedes and everyone in the team is motivated and hungry for more success. I have a good feeling for 2015 and there is a lot to be excited about as we try to build on the results we have achieved this year.”