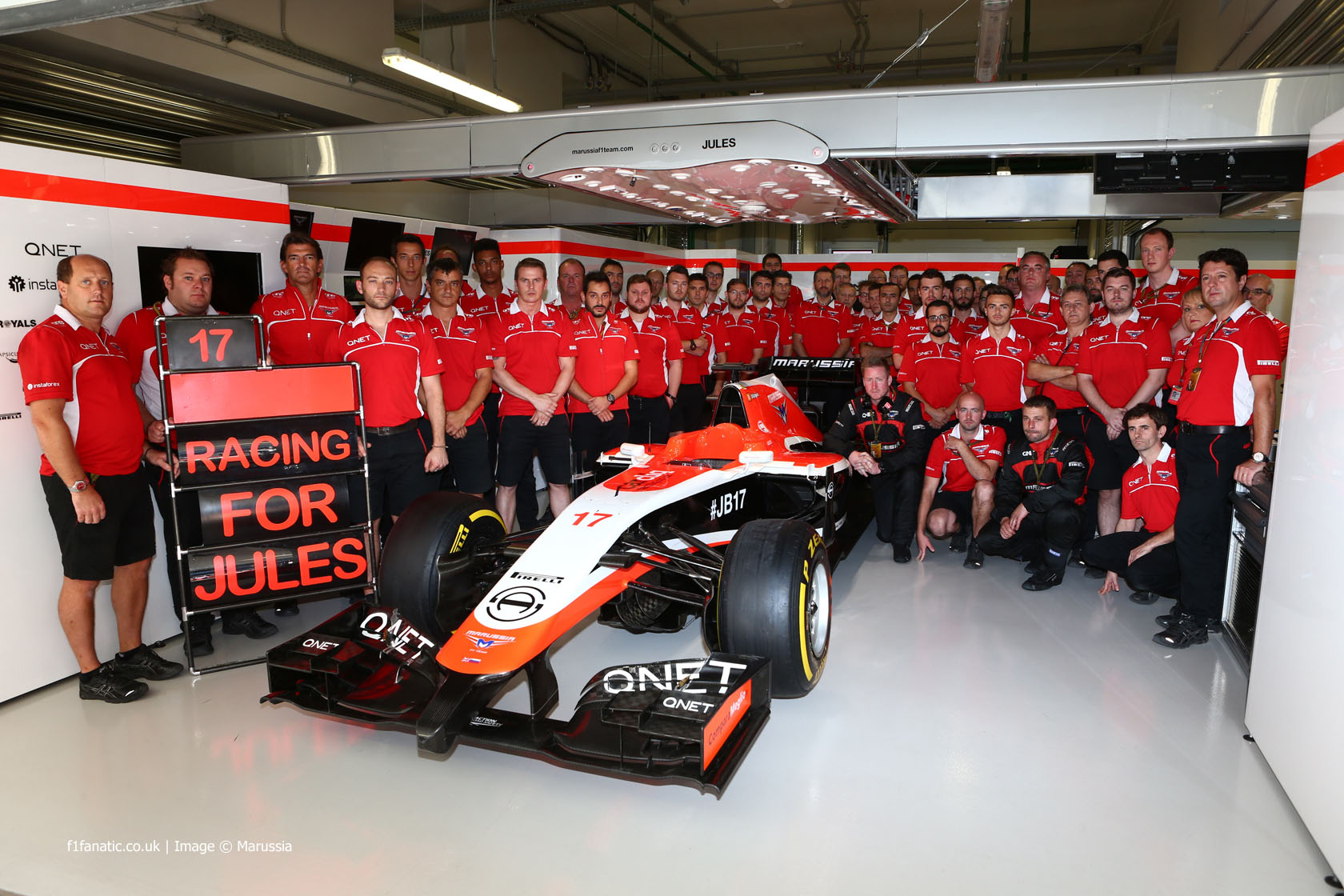 In the round-up: Formula One will have a grid of just 18 cars in next week’s United States Grand Prix – the smallest since 2005 – as Marussia will join Caterham in missing the next race, says Bernie Ecclestone.

Caterham and Marussia to miss next races – Ecclestone (Reuters)

“Neither of those two teams [Marussia and Caterham] are going to go to America.”

Caterham administrator Finbarr O’Connell: “The racing kit was heading towards Austin but it’s still in the UK. It will stay in the UK and hopefully if Caterham races in one of the last races we will ship the racing kit from here.”

“Sadly – and it is a terrible thing to say – it will probably need a fatality to actually bring back to everybody’s understanding what you cannot and should not be doing.”

“Say, for example, Hamilton comes into the race leading Rosberg by 40 points but is run off the track by a driver from the back of the grid. Rosberg could then breeze through to take the win, and the title, leaving Hamilton empty-handed. The sport would be rendered a laughing stock.”

“What about all the prestige, glamour and mystique that you hear about in Formula 1? ‘Bullshit! Racing is just a plain old bunch of very difficult, complicated hard work that’s a pain in the ass.'”

What irks about Caterham and Marussia not being in Austin is that they are top class teams, not like pre qualifiers from 80's

If they can't make it, don't put too much money on ANY newcomers in F1

18 cars. Sorry COTA You put your heart in the race unlike the places that pay Bernie just to get their leader on podium and plug an airline

Fancy some lunchtime reading this fine Saturday? Well, we have just the ticket courtesy of our friends at @f1fanatic_co_uk.. Stay tuned! #F1

IN THE MEDIA: "Why Mercedes should block F1's engine 'unfreeze'" via @f1fanatic_co_uk #F1 http://t.co/mph5XFBafJ pic.twitter.com/POfaqRR4kg

Michael sums up the bleak situation F1 is facing:

Caterham is in dire trouble. Marussia is struggling and will miss Austin. Sauber’s suffering and Lotus must not be doing that great as evidenced by the fact that they couldn’t pay Raikkonen last year and they will be getting much less money this year for their abysmal performance. Toro Rosso would have been out of F1 except for the fact that it’s Red Bull’s second team. Force India isn’t exactly swimming in money.

Things have to change. Anyone looking into F1 right now must realize how tough it is to survive in this sport, much less thrive.
Michael (@Freelittlebirds)

The winner of the latest Caption Competition will feature in tomorrow’s round-up so you still have time to enter here:

Damon Hill and Mika Hakkinen suffered crashes during testing 20 years ago today. Both were unharmed.