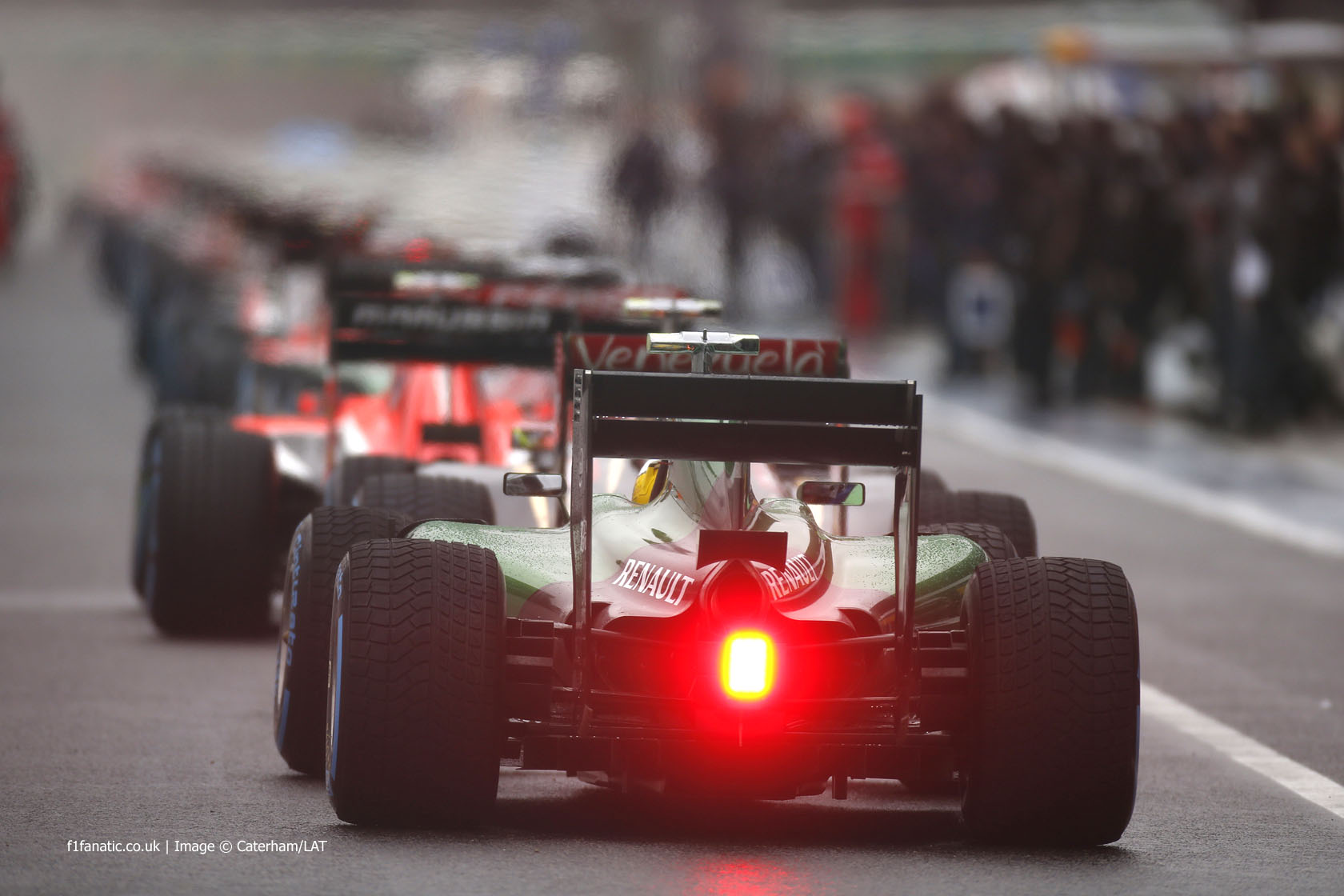 In the round-up: Force India deputy team principal Bob Fearnley warns more Formula One teams could collapse due to the sport’s failure to get costs under control.

The F1 Fanatic Quizzes have been restored after a bug with the timer was fixed. You can take all the quizzes here and more new ones will be added here soon:

“Only five teams have a say in the running of Formula One – we’ll lose more teams if we carry on like this. If there had been cost control and more equitable distribution of the prize money maybe Caterham and Marussia wouldn’t have failed.”

“Once the stewards have officially been notified that only 18 cars are in the Austin field they will have the option to decree that four cars are eliminated in Q1 and Q2.”

“They would supply a third car to someone else so if, for example, Sauber disappeared, a team could do a deal with Sauber. Ferrari could say, ‘we will give you a car, all that goes with it, and we want you to put this sponsor on it. You have your own sponsors but we want you to include this one as well and we want you to take this driver’. The team wouldn’t have to go under then would they? If Red Bull decided they would give a car to Caterham for example that could solve their problem.”

“Marussia is losing the chance to score more points and earn more prize money. However, if it manages to stay in ninth place by the end of the year it will still get its money.”

“It is not easy to be his [Alonso’s] team-mate, and for sure the problem Kimi is having [this year] is in his head.”

Nothing Lasts Forever (Will Buxton)

“Questions have always been asked but now answers must be given as to the true story behind a selection process that saw the seemingly worthy applications of Epsilon Euskadi, N Technology, Prodrive and Lola, amongst others, overlooked in favour of Campos (which became HRT), Lightspeed (which became Lotus/Caterham), USF1 (which never even made a race), and Manor Racing (which became Virgin and then Marussia.)”

Superb battle between @marcmarquez93 and @ValeYellow46, just on the limit racing, all the way through. How it should be.

Plus also great seeing fitness and discipline playing a role in today's results. Pinnacle of Motorsport should always have this…

Turbulent times. A lot of things going on a the moment. But I'm pushing on as usual and keeping my… http://t.co/Qzh67pwADF “I’ll just add a bit of smoke out of Ron’s ears… Perfect!”

The race was held for the third and possibly last time. Having been dropped this year it is not on the 2015 F1 calendar either.