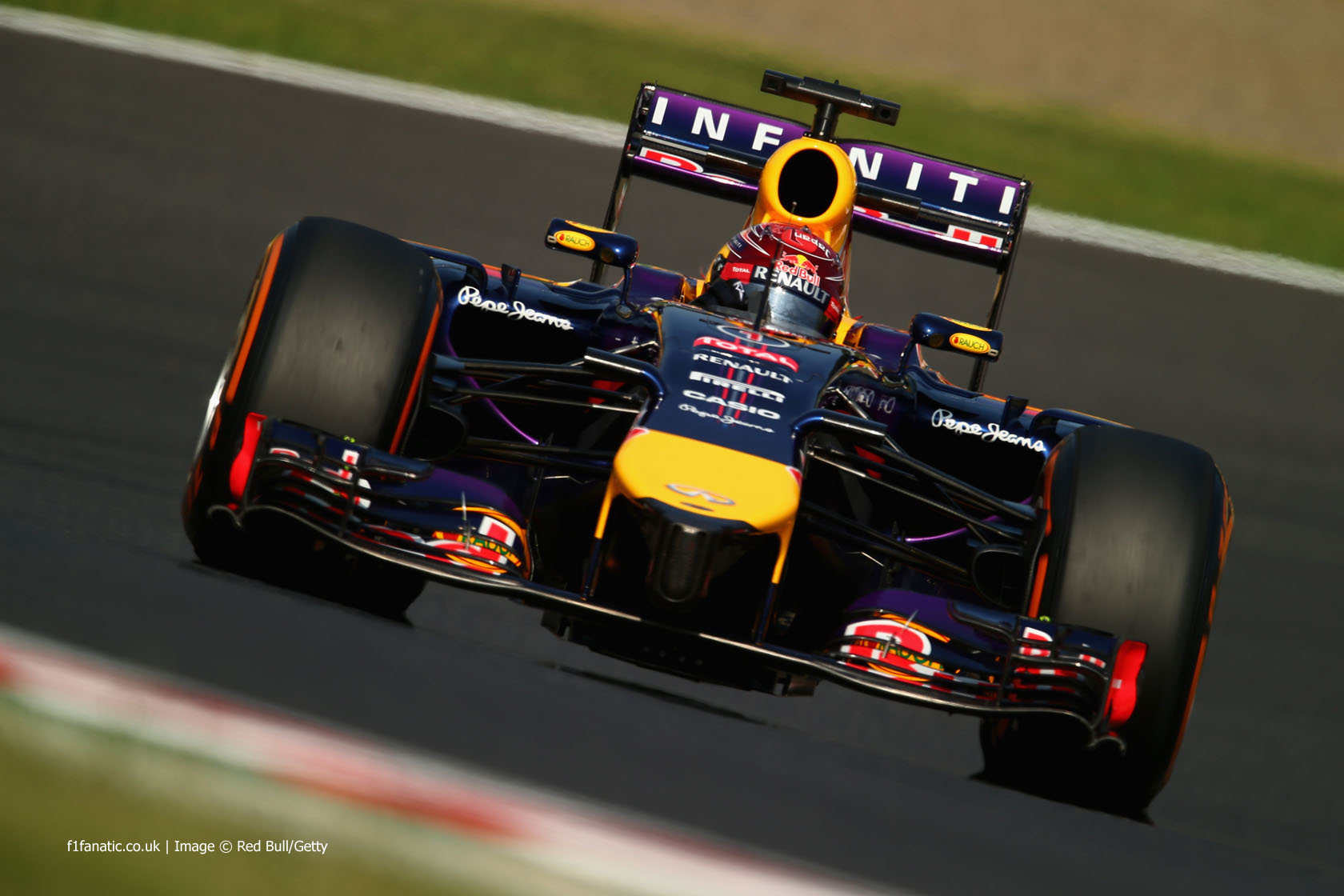 In the round-up: Sebastian Vettel admits he is likely to take an engine change penalty in this weekend’s race.

“It’s to be seen, we need to confirm, but yes we have to get an extra engine at some stage this year and it’s very, very likely for this weekend.”

“Taffin does warn, however, that costs could rise dramatically if a manufacturer started running parallel development programmes on its engines.”

Jackie Stewart: “I’m not a supporter. I don’t think they should be there. We have to keep it pure. I don’t think it’s going to add anything to the season.”

Mario Andretti: F1 may finally have found its US home in Austin (The Guardian)

“There’s talk about San Diego but it would be a temporary facility – and we’ve seen what that does. I’d like to see it, as a fan of the sport, but we’ve seen the project in New Jersey fall apart. When the cheque needed to arrive it got lost in the mail but more F1 action in America can only be a good thing.”

“Under the plan FCA said it will list a 10 percent stake in Ferrari in the United States and possibly in Europe through a public offer, hoping to complete the spin-off next year. The remaining 80 percent stake held by Fiat Chrysler will be distributed to FCA shareholders, including Fiat’s founding Agnelli family which controls 30 percent of FCA.”

The billionaires who could buy Ferrari (CNBC)

“Analysts estimate that Ferrari could be worth somewhere between $5 billion to $6 billion, so 10 percent could be valued at $500 million to $600 million. That’s a big investment. But for many of today’s multibillionaires, it’s literally driving around money—especially if they only buy a slice of the 10 percent.”

A crisis we all saw coming (MotorSport)

“Instead of spreading the pot so that even the smallest teams can have a viable business, the big teams would prefer to be rid of the smaller fry, thereby taking their meagre income and directing it at propping up facilities that are just too big, too costly.”

US Grand Prix Betting: Rosberg’s Title Chances Are Better Than They Look (Unibet) Ferrari Driver Academy chief Luca Baldisserri praised Ocon’s performance: “It’s always very exciting for we engineers to be there when a young driver gets behind the wheel of a Ferrari Formula One car for the first time, because even if we are used to working with rookies, it’s a real surprise to see someone to take to the track, showing a level of professionalism as demonstrated by Esteban today.”

“Despite it being his first time in one of our cars, he tackled the test without making any mistakes and was quick right from the start.”

You've got to love the British F1 fans. Austin bound. Or was that Austin Powers.. Enjoy the race everyone. pic.twitter.com/d5rbyg7CCh

Arrived in Austin. Woke up nice and early thanks to jetlag so loads of time to have a look around Austin today!

We’ve had a crowd-funded driver and Brabham are trying to become the first crowd-funded team – but is this really the future for F1 funding?

I just do not get the crowdfunding. Fans are already paying high prices for tickets and (often) TV subscription. They should not fund teams or drivers. What’s next, fans paying Ecclestone’s hotel bill?

I do not believe that fan funding is a solution to F1’s problems. Three-car teams looks like a temporary solution as several teams would not be able to afford it and I am not sure if all the big teams would be happy about it. As far as I know, only Ferrari have been actively campaigning for third cars so far.
@Girts

Giuseppe Farina, the first ever F1 drivers’ world champion, was born on this day in 1906.