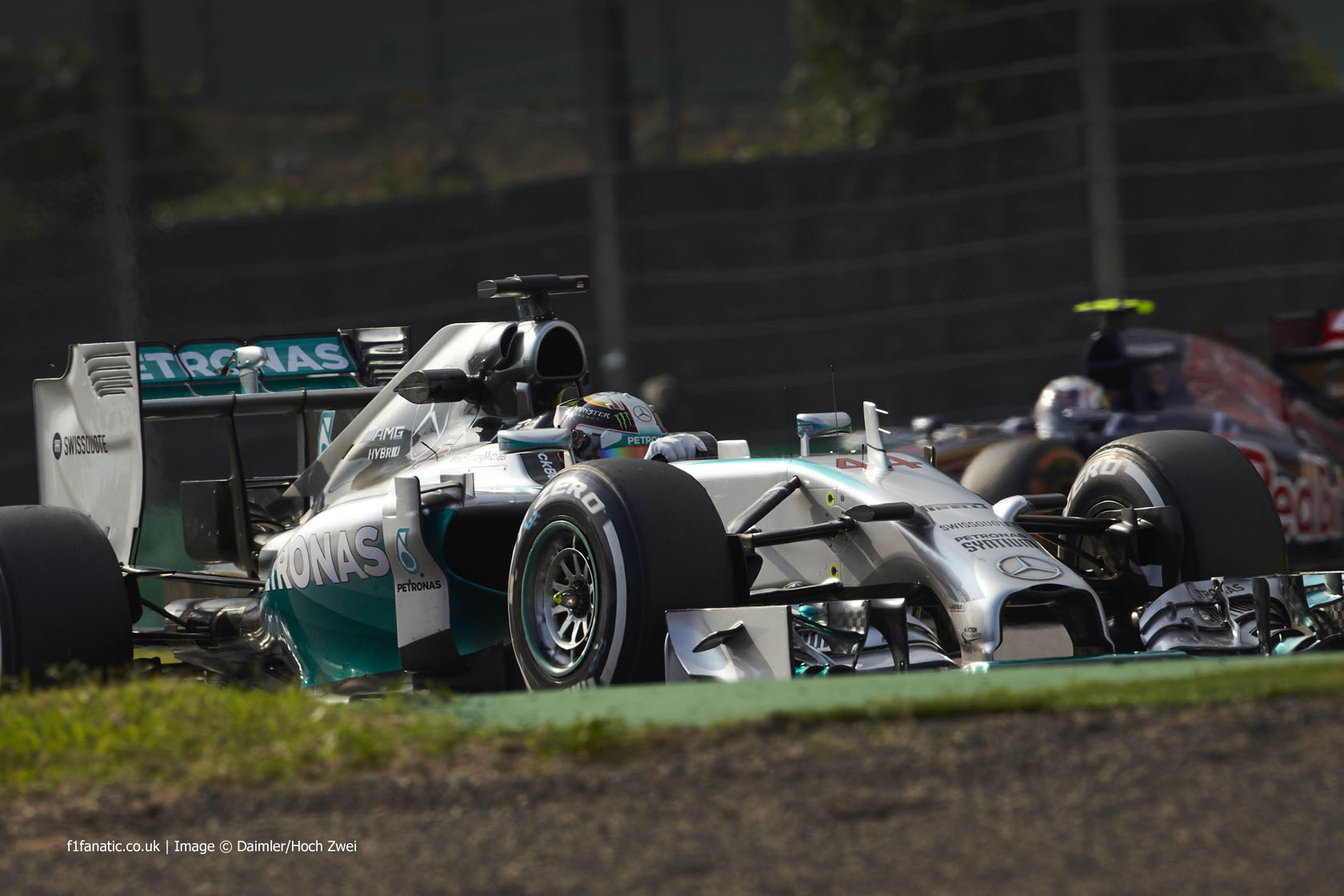 Lewis Hamilton said it “would suck” if he lost the world championship this year due to the controversial new double points rule.

A non-finish for Hamilton in the final race of the season increasingly seems to be he greatest threat to his championship chances, if team mate Nico Rosberg wins the double points round at Abu Dhabi.

Asked during today’s press conference at the Circuit of the Americas if he thought the double points rule was fair, Hamilton said: “I think the question is ‘what is fair’?”

“This is the rule that they have brought in for the first time. Do I agree with it? I don’t know if any of us agree with it or do not agree with it but it is the was it is and you just have to deal with it and hope for the best really.”

Hamilton, who will end the season with more wins than any other driver, admitted if he lost the championship due to double points “it would suck if that was the case, big time”.

But he said he was “not even going to put that negative energy out there, I’m just going to try to do the best job I can with the car that I have and what will be will be, I guess”.

Asked if F1 should keep the double points rule beyond this season, Hamilton said: “For the future I wouldn’t perhaps advise it for the following years.”

45 comments on “Losing title on double points “would suck” – Hamilton”