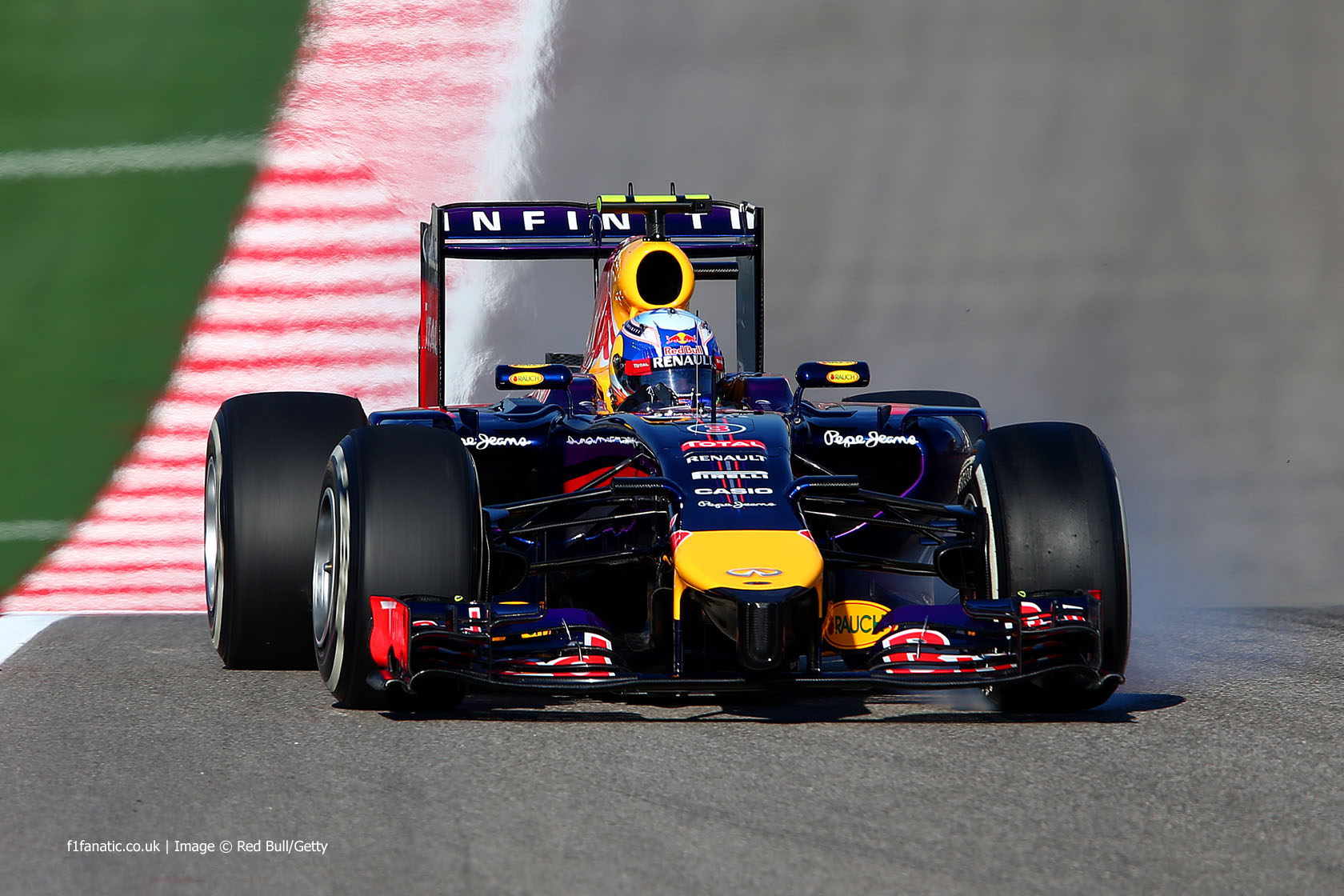 From fifth on the grid, Daniel Ricciardo was hopeful that a good start would give him a chance to challenge the Williams drivers for a place on the podium.

As it turned out he didn’t get away well – yet he made it onto the rostrum for the eighth time this year.

“The start wasn’t very good,” he admitted, “I have to put my hand up to that one”. But at the restart he successfully attacked and passed Alonso for fifth, and then used the Red Bull’s strong pace and good tyre preservation to put pressure on the Williams drivers.

Overcoming their high straight-line speed was always going to be difficult, but Ricciardo used a tactic which has served him well this year. An early first pit stop meant he was the first to gain the benefit of fresh tyres, and with Valtteri Bottas having to wait until after his team mate had pitted to respond, Ricciardo was up to fourth.

Ricciardo jumped the other Williams at his second pit stop, this time thanks to Felipe Massa losing over a second in the pit lane.

Ricciardo praised his pit crew after the race. “The pit stops were really good,” he said. “Red Bull is known for being awesome in the pits and they showed it today.”

19 comments on “Ricciardo recovers for podium after poor start”