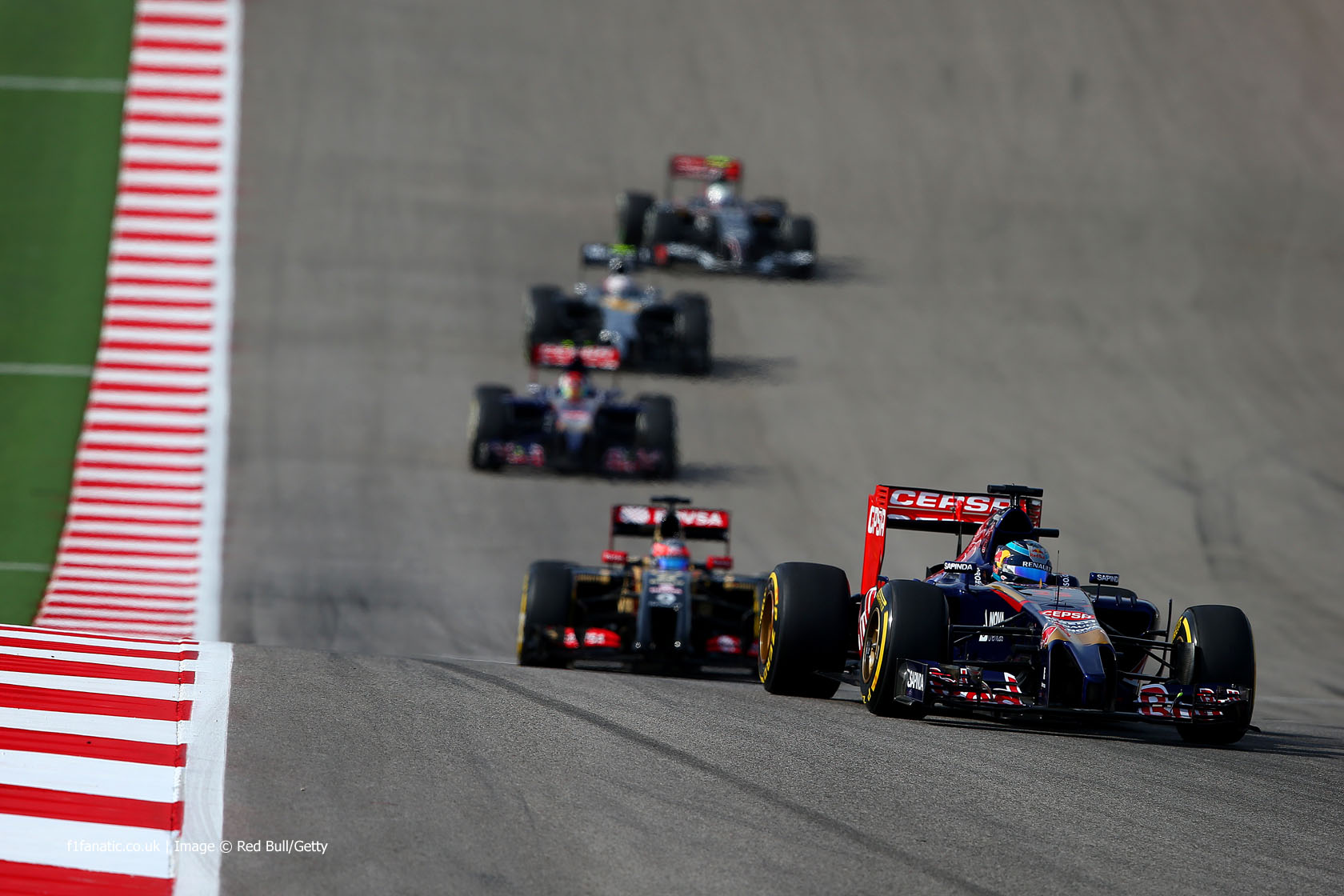 Jean-Eric Vergne has been moved back to tenth place in the final classification for the United States Grand Prix following a penalty.

The Toro Rosso driver was given a five-second penalty for making contact with Romain Grosjean while overtaking the Lotus driver.

Vergne had finished tenth on the road behind Pastor Maldonado, but was initially promoted to ninth place by the Lotus driver’s five-second penalty for speeding in the pits. By applying the same penalty to Vergne the stewards effectively restored their original finishing positions.

The stewards ruled Vergne was “predominantly at fault for the contact” with Grosjean and also handed him a penalty point on his licence, taking him to a total of three.

But Vergne said Grosjean left it too late to defend his position when he made his move at turn one. “I saw the opportunity to overtake Romain and I decided to go for it,” he said.

“When he closed the door it was just too late. At the end, this is racing and you have to fight as much as you can. I like fighting, so it was good fun.”

However while Grosjean praised Jenson Button following their fight on the track, he was critical of Vergne.

“Fighting with JB was very very tight but definitely good fun,” he said. “It was less amusing with Jean-Eric though, he broke my front wing and he broke my rear floor which made the car pretty difficult to drive afterwards.”

“I wasn’t very happy about that as the incident cost me [eight place].”