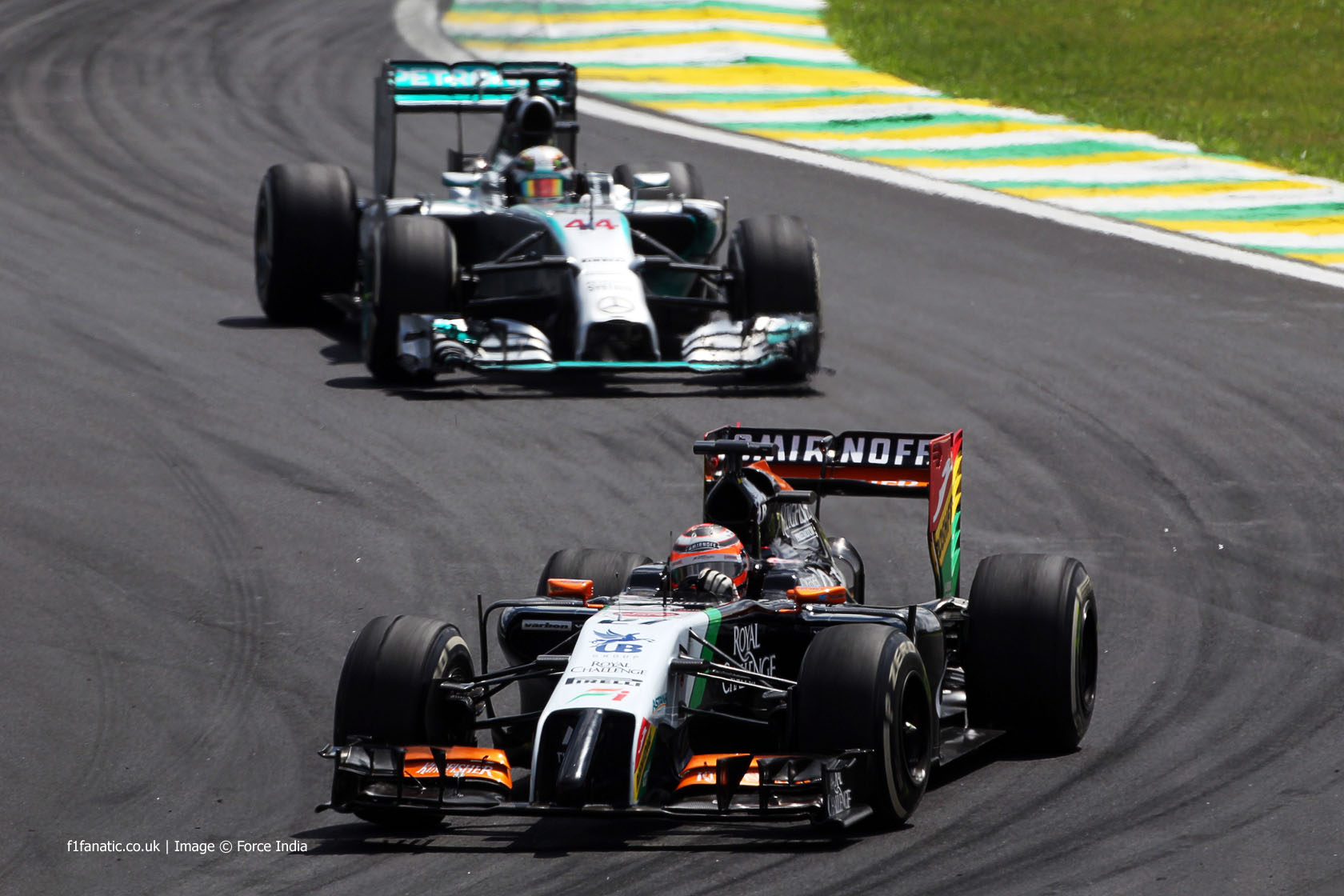 Hulkenberg was one of few drivers to start the race on the medium tyres. He finally switched to the softs at his third and final pit stop, and after passing Kevin Magnussen he quickly gained on the Ferraris in front.

To the surprise of the Force India team, Fernando Alonso spent several laps trying to overtake Raikkonen, which slowed both Ferraris down. By the time Alonso got past Hulkenberg was less than six seconds behind.

Hulkenberg’s contrary strategy gave him the advantage of running in clean air much of the time – even leading for five laps early on. “With a three-stop race you are always pushing, but my race was not too complicated and I was on my own for a large part of the afternoon,” he said.

“The team made the right calls on the strategy and we maximised our performance with the tyres in these very hot conditions. I finished just behind the two Ferraris and maybe with one or two more laps I could have finished sixth instead of eighth, but that’s racing.”

Raikkonen, however, might have been able to finish ahead of Alonso had he not lost around four seconds during his slow second pit stop.