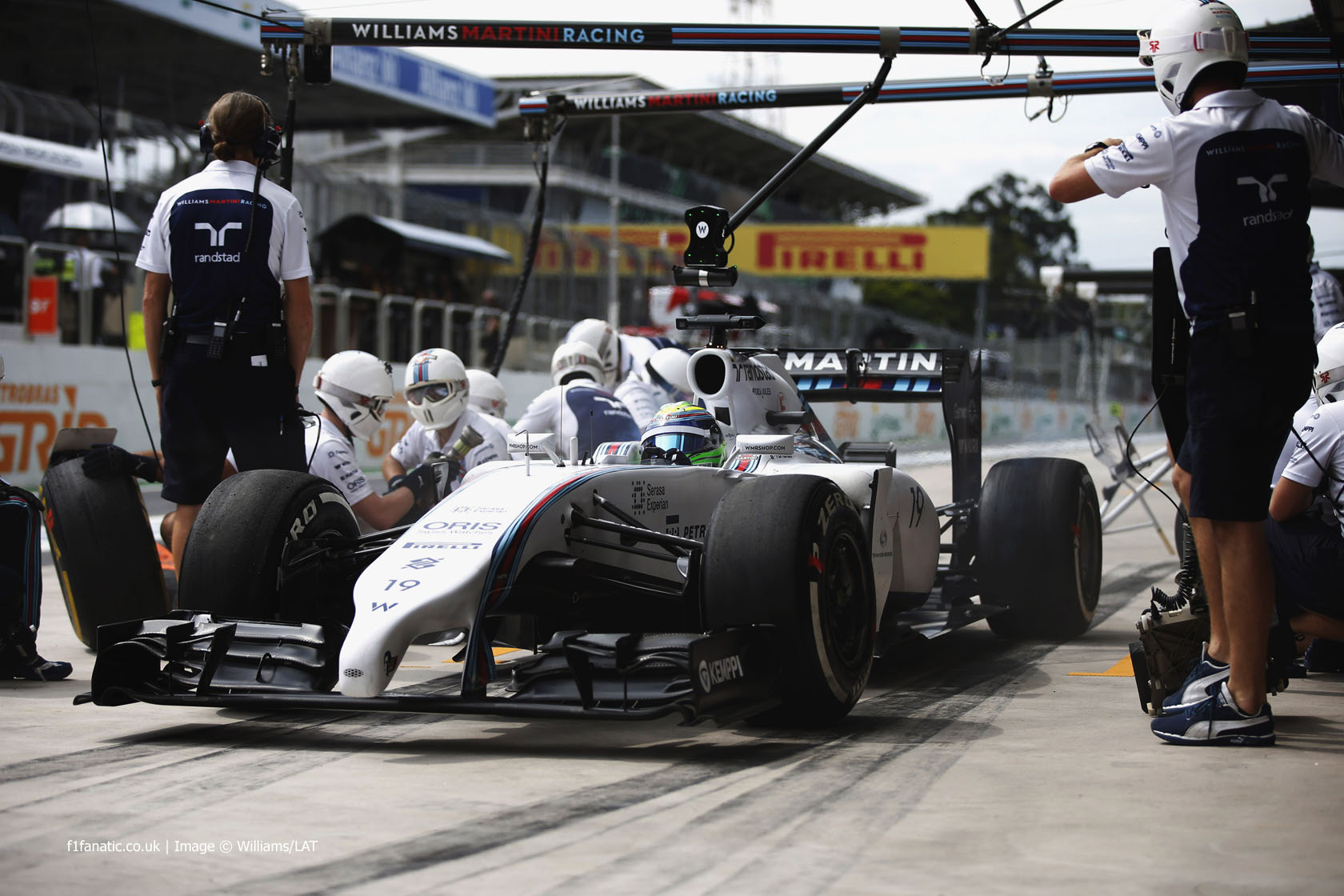 Debris, speed limits and seat belts caused a succession of problems for the Williams drivers in the pits – even when they managed to stop in the correct boxes.

The trouble began when Felipe Massa came in for his first pit stop on lap six and broke the speed limit on the reconfigured pit lane. “I hit the limiter twice by mistake,” he explained.

He was handed a five second time penalty to serve at his next pit stop. Massa then compounded his problem by pulling into McLaren’s pit box by mistake – he blamed the similar colour of their mechanics’ overalls and the fact the garage order had been changed earlier in the weekend for the confusion.

Both Williams drivers also had to have debris removed from their cars during their pit stops, but despite these delays Massa was still able to finish on the podium. Valtteri Bottas lost more time, however, when his seat belts had to be adjusted during his first pit stop.

Massa’s eagerness to be serviced by the McLaren crew could be explained by the fact they’re the quickest in F1 at the moment. They produced the fastest pit stop of the race for Jenson Button on lap 27 – the sixth time they have done so in the last seven races.