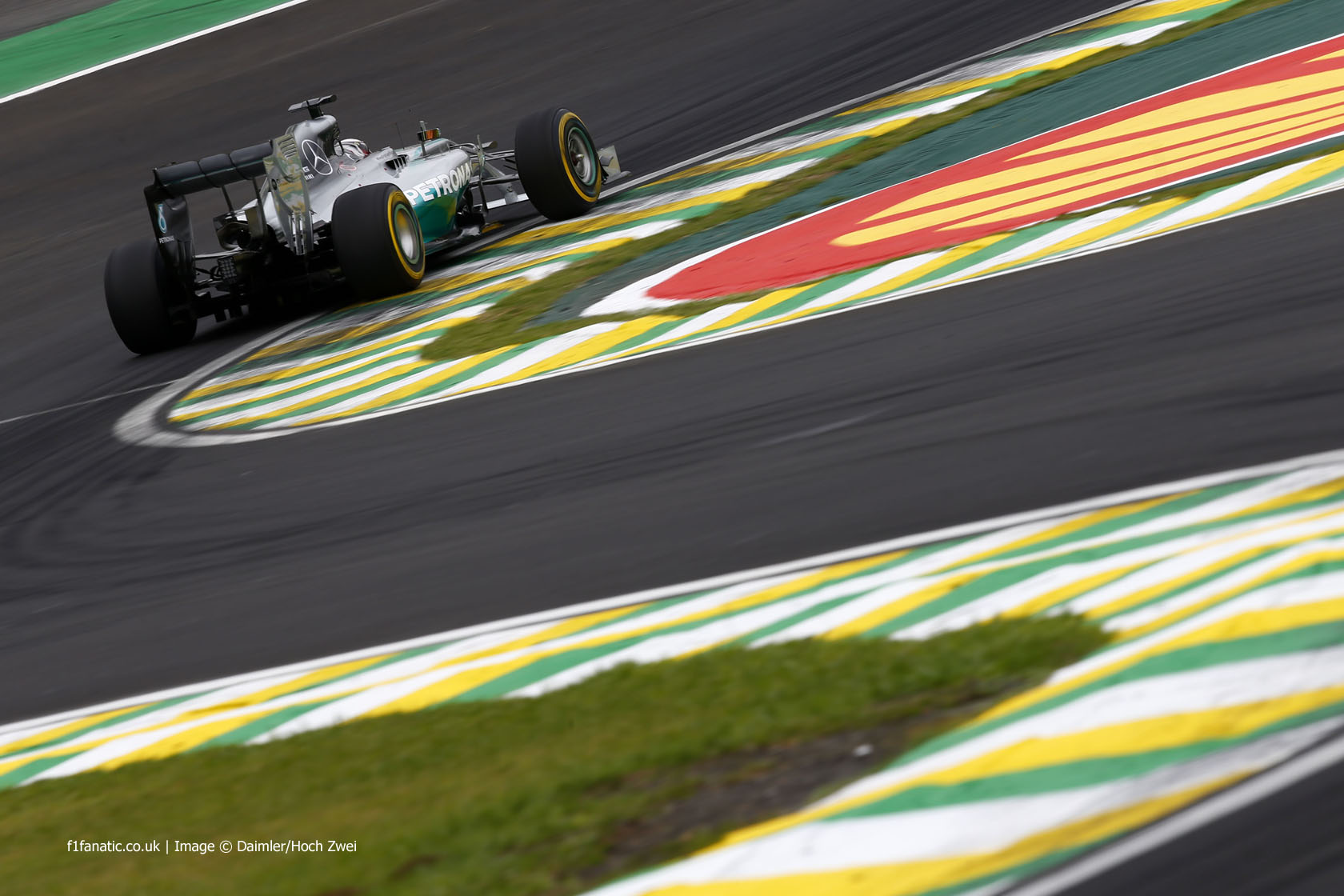 Lewis Hamilton said he was disappointed to miss out on victory in Brazil as he felt he was the quicker of the two Mercedes drivers.

Hamilton spun while he was pushing to jump ahead of team mate Nico Rosberg during the second round of pit stops.

“Naturally you’ll be disappointed when you make a mistake, and I did,” he told reporters after the race. “But it felt great out there, I still caught up, I didn’t give up, I kept pushing, and ultimately that’s what’s most important.”

Hamilton admitted he was taken by surprise when his race engineer told him to stay out for two laps after Rosberg’s second pit stop. It was on the second lap that he spun.

“The protocol is – it has been, at least for some time – when he says to push that means generally I’m coming in that lap,” Hamilton explained. “So I want to maximise, which I did, and then I wasn’t coming in.”

“So it took me a little bit by surprise and the rear tyres were dead at the end of that one lap that I did.”

“It’s not a big issue, I mean obviously we lost some points today, and I was clearly quickest today so in one respect obviously he made a mistake and it’s a little bit disappointing on that side of things but secondly we’ve got another one-two, we’ve broken the record as a team and we’ve had great weather today and I enjoyed the race.”

111 comments on ““I was clearly quickest today” – Hamilton”