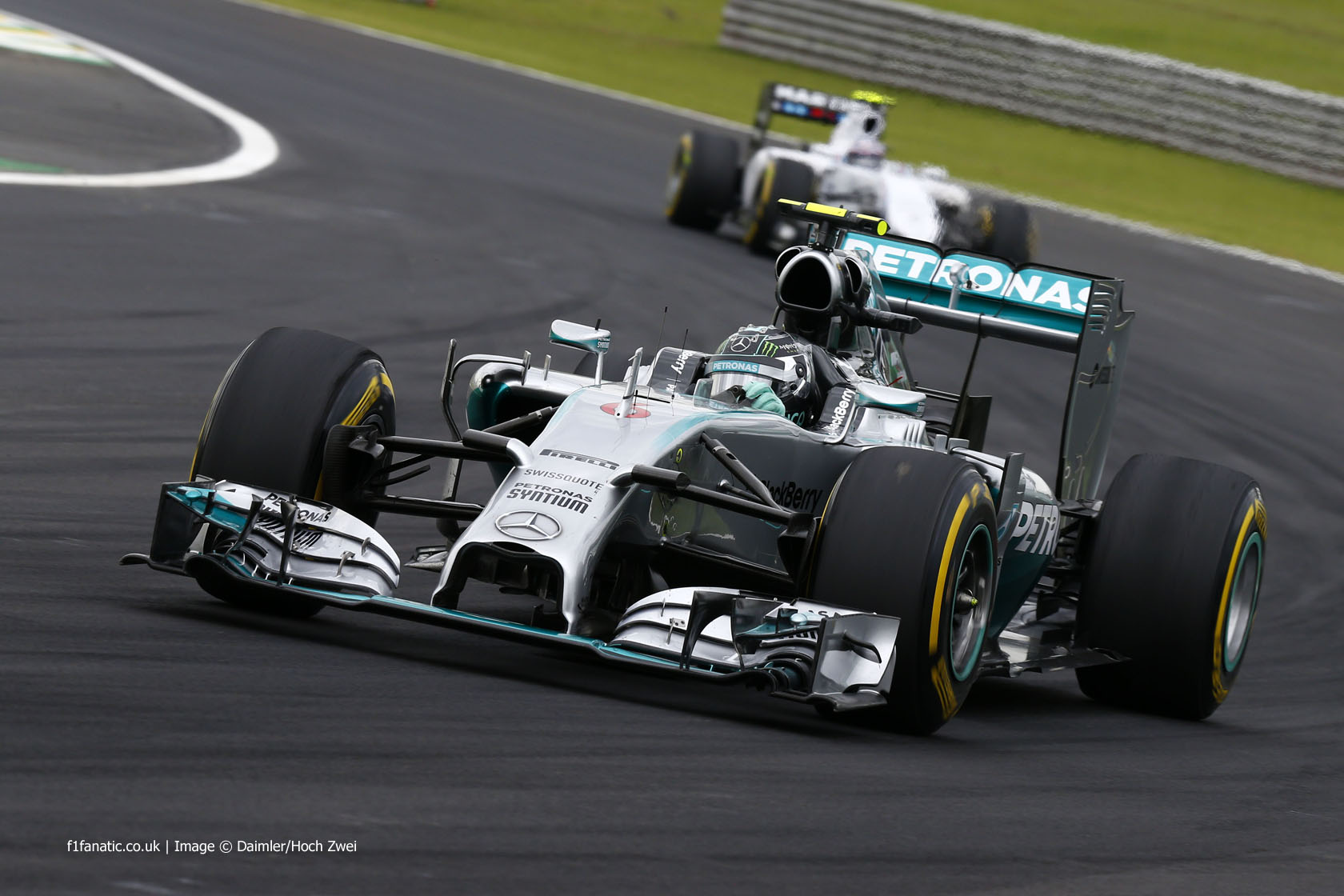 The Mercedes pair were nose-to-tail for much of the final stint as Hamilton tried unsuccessfully to find a way past his team mate. Rosberg had led from the start but Hamilton threatened to use superior race pace to jump ahead of him – until he had a costly spin at Subido do Lago.

Felipe Massa claimed third place for Williams despite picking up a five-second penalty for speeding in the pits. Team mate Valtteri Bottas had problems of his own in the pit box and slipped from fourth to finish tenth.

Jenson Button therefore took fourth place ahead of Sebastian Vettel, while the second Red Bull of Daniel Ricciardo was the race’s sole retirement. Fernando Alonso battled past Kimi Raikkonen for sixth in the closing stages – seventh-placed Raikkonen was the highest-placed driver to make two pit stops.

Nico Hulkenberg led early on and finished eighth after passing Kevin Magnussen at the end.