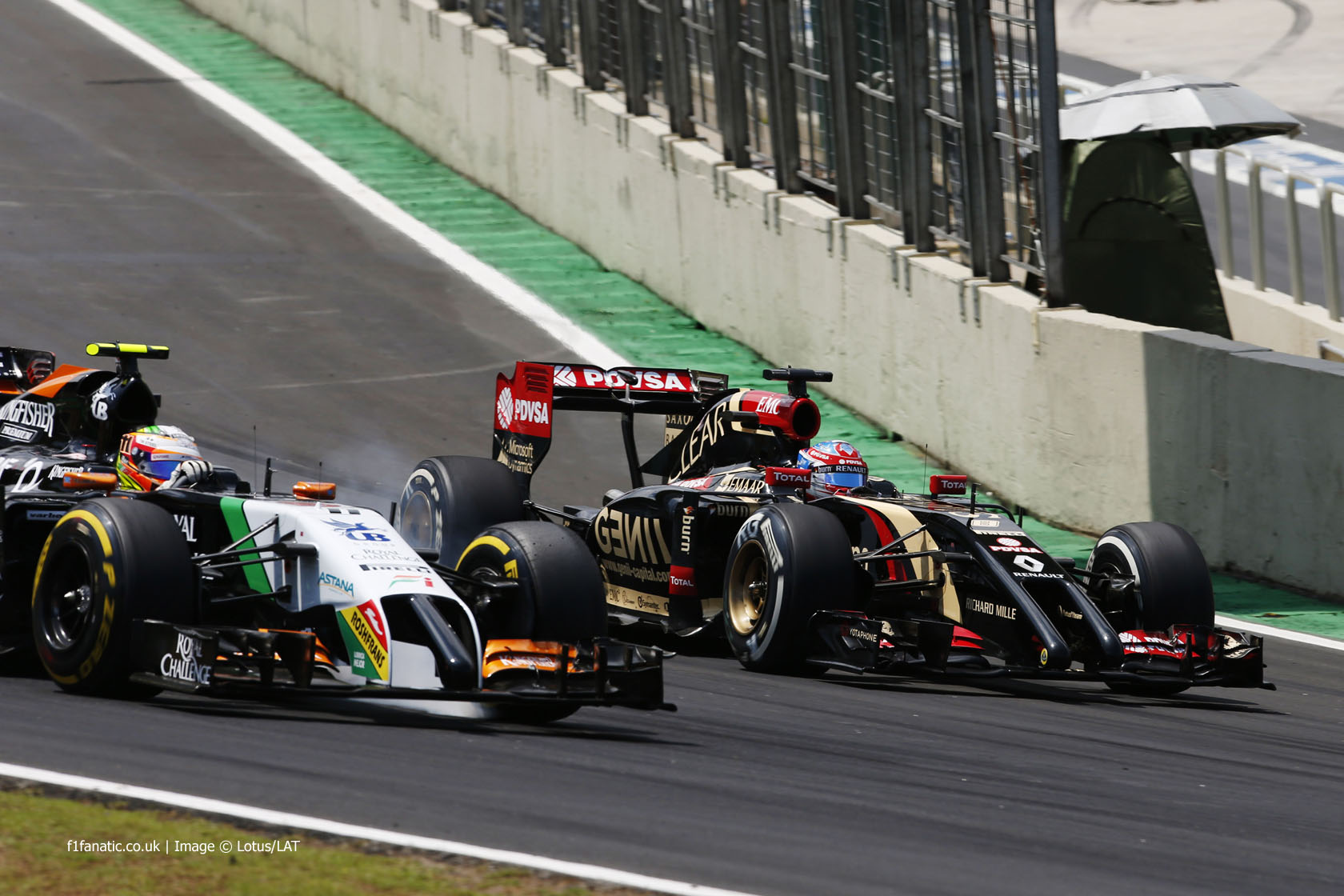 In the round-up: Bernie Ecclestone is accused of planning to force Formula One’s smaller teams out.

Monisha Kaltenborn: “We’re not begging, let’s make that clear. But they are trying to drive teams out because they don’t suit them any more.”

Force India deputy team principal Bob Fernley: “There is a very clear programme coming in. The goal is to move to customer- car teams and the three cars will be the interim. That would allow them to keep the numbers while the customer cars are brought in.”

“Ecclestone confirmed that he would be speaking to CVC’s Donald MacKenzie next week, but denied that it would be about securing more cash for the smaller teams.”

“There is zero comfort going into the next race.”

“BE: I wanted [double points] for the last three races.
LH: Yep, that would have been better and fairer.”

“Not ready to stop racing no.”

“Normally we lose about 15% of power, we’re losing very little now. So we’ve probably got the most power we’ve ever had in my era of F1, even with the V10s, because you lose 15%, around Sao Paulo.”

Just spoke to Bernie on the grid. "Forget the three cars" he said #F1

From a little personal experience, Bernie does deals he wants to. People go to him to ask for stuff and he issues terms.

If he wants to 'help' Lotus, FI and Sauber, he will – on his terms

Christian Horner: "If the numbers drop below 16 then we are obliged to run a third car and that is in our contract with Bernie."

I always wanted to be a sports reporter and then I was sent to cover #F1. There is no hope ….. Time to go home to the dog

Time to fly back to see my loves. Thanks to all for your message after today. Great to have your support. Podium will come back #BrazilGP

#ProjectBrabham has just hit the initial target of £250k. Thanks to everyone who has supported us in making history – let's keep pushing!

O'Connell: "#RefuelCaterhamF1 funds are to get the Team to Abu Dhabi, NOT to pay creditors"

What did the penultimate race of the season say about the two protagonists prospects for the final race?

That said, he must also worry about Hamilton’s race pace. Rosberg had no answer when Hamilton started closing back in. Had Hamilton made the jump in the stops its likely he would have built up a four to seven second gap. Of course we’ll never know, but I think if Rosberg had an answer he wouldn’t have let the gap get smaller than two to four seconds.

It’s interesting that both drivers can take a big chunk of confidence from this one. Rosberg because he raced well, won and had a perfect weekend. Hamilton because he knows he had the race pace advantage again despite losing pole.

I also don’t think Hamilton will loose much confidence with the spin. It was an error, but burnt up tyres looked to play a part as well. In a strange way it could actually be helpful for him to just settle him down a little for the last race and know not to make the same mistake again. After all better to make it today and still bag solid points than make it in the next race and cost him a championship.
D (@F190)

92 comments on “Ecclestone ‘wants to drive smaller teams out’”