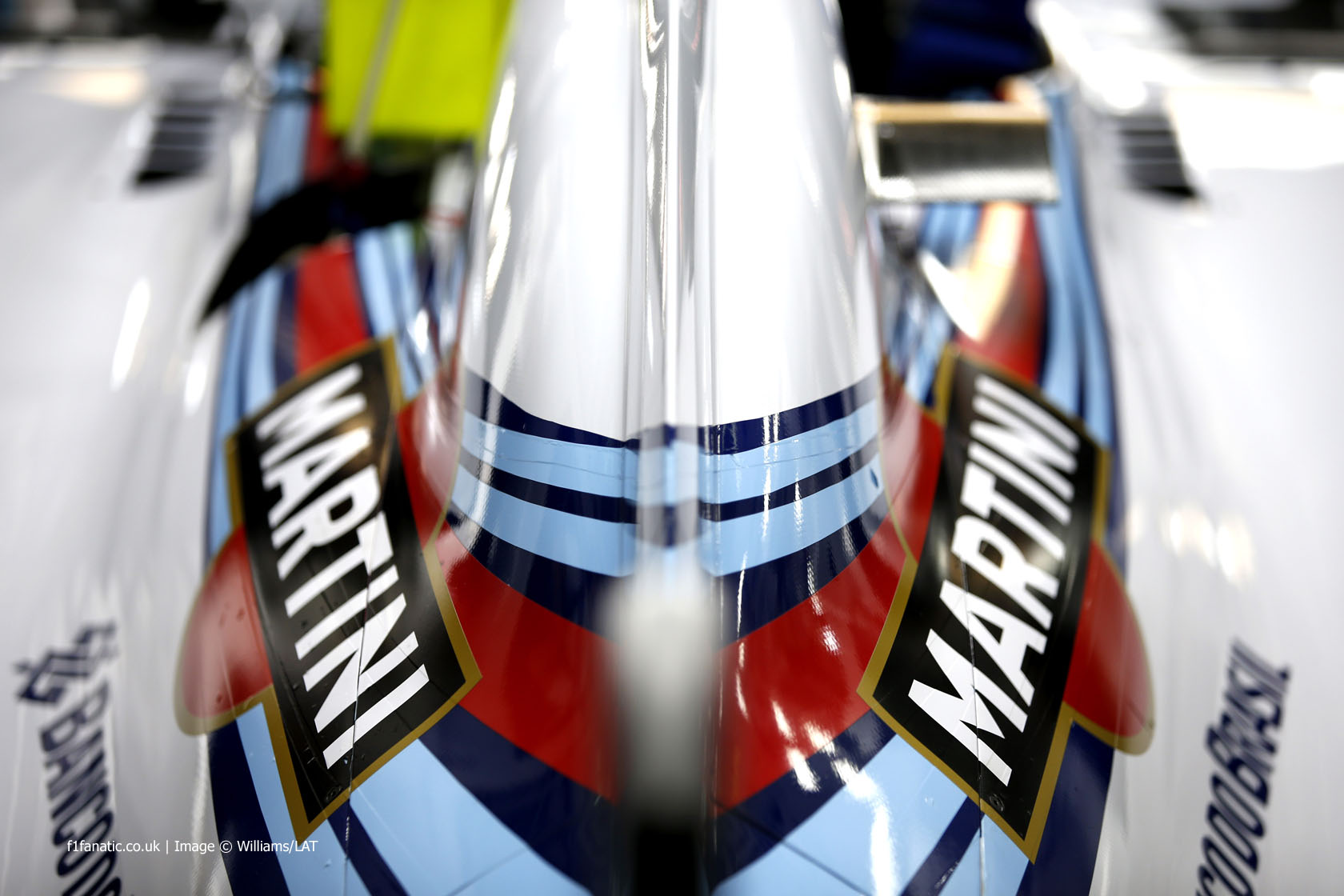 In the round-up: Formula One is coming under pressure to ban alcohol sponsorship.

Todt under fire for failure to ban alcohol sponsorship (The Telegraph)

“Allowing alcohol sponsorship in Formula One seems to contradict many official guidelines for the marketing of alcohol. It runs against the EU Directive which states that marketing for the consumption of alcohol should not be linked to driving.”

Robert Kubica: I could have been F1 world champion – but in one day everything disappeared (The Mirror)

“So I didn’t do [an F1 test last year] because I wanted to protect myself. There was too much risk that I would enjoy it and then… well, it would be like taking a knife and stabbing myself in the chest with it.”

“Nobody likes the double points. We are going to discuss that next time around. I don’t think Bernie likes it. So it’s probably something that we should be getting rid of for next season.”

A betrayal of Formula One (ESPN)

“[Double points is] a touch of silliness – and sport needs to avoid silliness at all costs. Once sport starts looking silly, people remember that sport doesn’t actually matter. Sport needs to safeguard its integrity as a competition: once you start messing about sport starts to lose its meaning.”

Bernie Ecclestone in 1995: “People going on about only 19 or 20 cars in the race… OK, so what? The size of the field doesn’t bother me at all. It is much better for us to have a smaller, better quality grid than to have a lot of make-weights.”

“Why, they inquire [sic], why is Formula One not run akin to a fistful of dollars, begging-bowl hand-outs, welfare state?”

Morning! I've been reading your messages & must say I'm overwhelmed with the support…

@JensonButton matey just sign that sports car contract and get on with it. Be mega to have you with/against us next year.#greatracing #JB22

@f1fanatic_co_uk Yep they have one filming day left.

@Dam00r believes something other than engine noise is putting people off Formula One:

This year was I went to see my absolute first Formula One grand prix in Hungary.

When I came to the circuit, I could hear the GP2 cars driving around. but when I sat on the grandstands I just did not like the sound from the GP2, it was just a bit too loud and the sound was not as sophisticated as the F1 engines were. I loved the growling sound from the hybrid V6 engine and the braking squeal made it more dynamic. We could also very clearly hear the commentators of the race from the speakers.

Loved my first Grand Prix, did not need any ear-plugs and was a relaxing experience. Also the graphics were astonishingly greater in real life!

The thing that is ruining Formula 1 is the expensive tickets and merchandise. If I had children, I would imagine that it would get very expensive to take them with me to watch the grand prix.

You do not hear many people talking about going to a F1 grand prix here because it is too damn expensive. More people would come to the grand prix if the ticket prices were more reasonable.

Bernie Ecclestone is just sitting there pocketing money for himself and too blind by the money coming to him that he is not seeing the real issue, blaming the circuits’ marketing for the grand prix. Istanbul for example, the Turkish Grand Prix was actually pretty reasonable (for flight and accommodation).

Formula One, CVC and Bernie needs to re-calculate on a more human level with the pricing.
@Dam00r

The 1994 championship was decided in controversial fashion in the Australian Grand Prix on this day 20 years ago.

Michael Schumacher claimed the crown by one point after colliding with Damon Hill.

An article on this race will appear here later today.