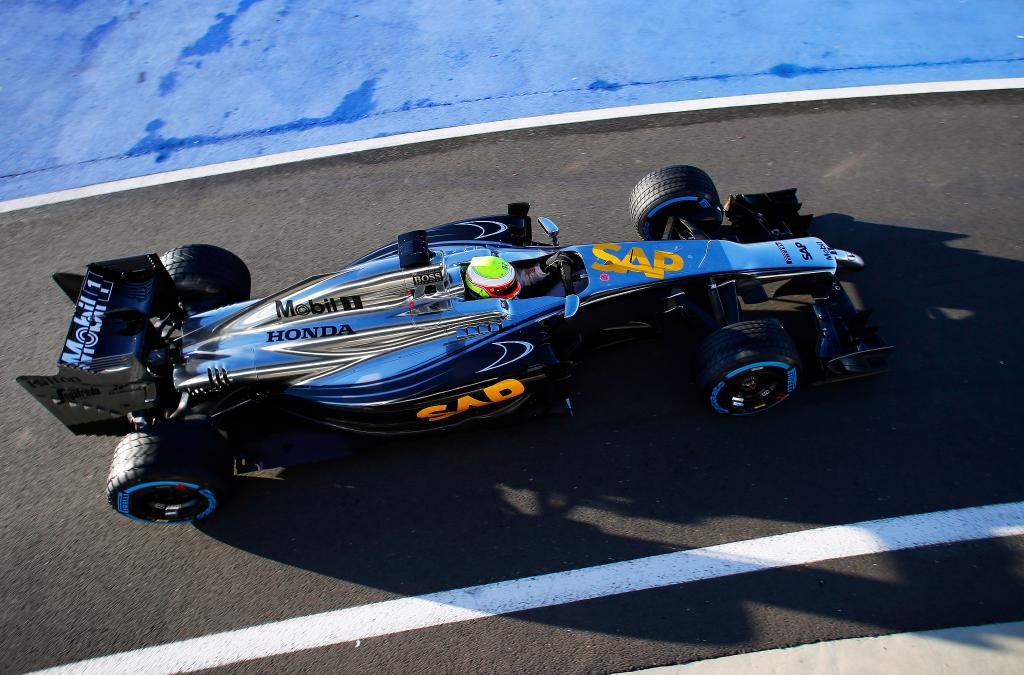 The first Honda-powered Formula One car produced by McLaren in 22 years had its maiden run at Silverstone today.

Test driver Oliver Turvey was entrusted with shaking down an MP4-29 chassis fitted with a Honda V6 turbo engine.

Aside from the Honda logos in place of Mercedes on the engine cover and reshaped rear bodywork, the car was outwardly similar to the one used by the team this year.

Teams are permitted to conduct two days of running per year, designated as Promotional Events, with a car built to current or future technical regulations. They are limited to a maximum of 100 kilometres of running at each and must use specially designated tyres. 77 comments on “First McLaren-Honda since 1992 debuts at Silverstone”