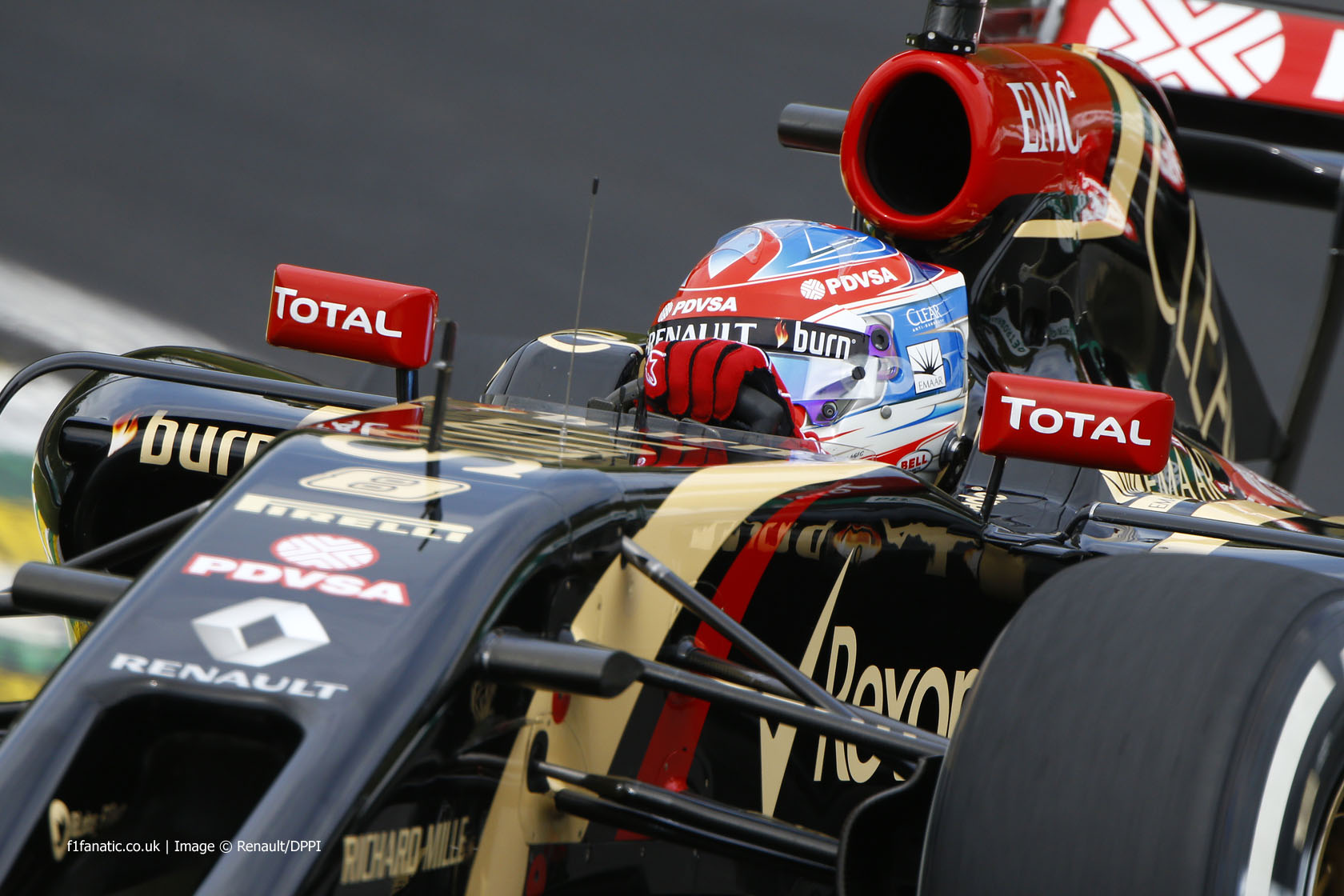 Romain Grosjean will continue to race for Lotus in 2015, meaning the team will have an unchanged driver line-up next year.

Grosjean will remain at the team for the fourth year in a row having joined them in 2012. Pastor Maldonado was confirmed in the team’s other car earlier this season.

Having finished seventh in last year’s championship with six podium finishes, Grosjean has fallen to 14th this year and only finished in the points twice. The team have struggled with their Renault engines but will switch to Mercedes next year.

“It’s no secret that we’ve had a really tough season this year, but the team has remained focused and we’re all determined to return to regular points-scoring in 2015,” said Grosjean.

“I have been spending a lot of time recently at Enstone and I’m feeling very positive about the potential of the E23, which should represent a return to form for the team.”

Team principal and co-chairman Gerard Lopez said: “You really learn something about a driver when they have the chips against them and Romain has delivered impeccably in 2014 despite the very big challenges he has faced.”

22 comments on “Grosjean remains in unchanged Lotus squad for 2015”