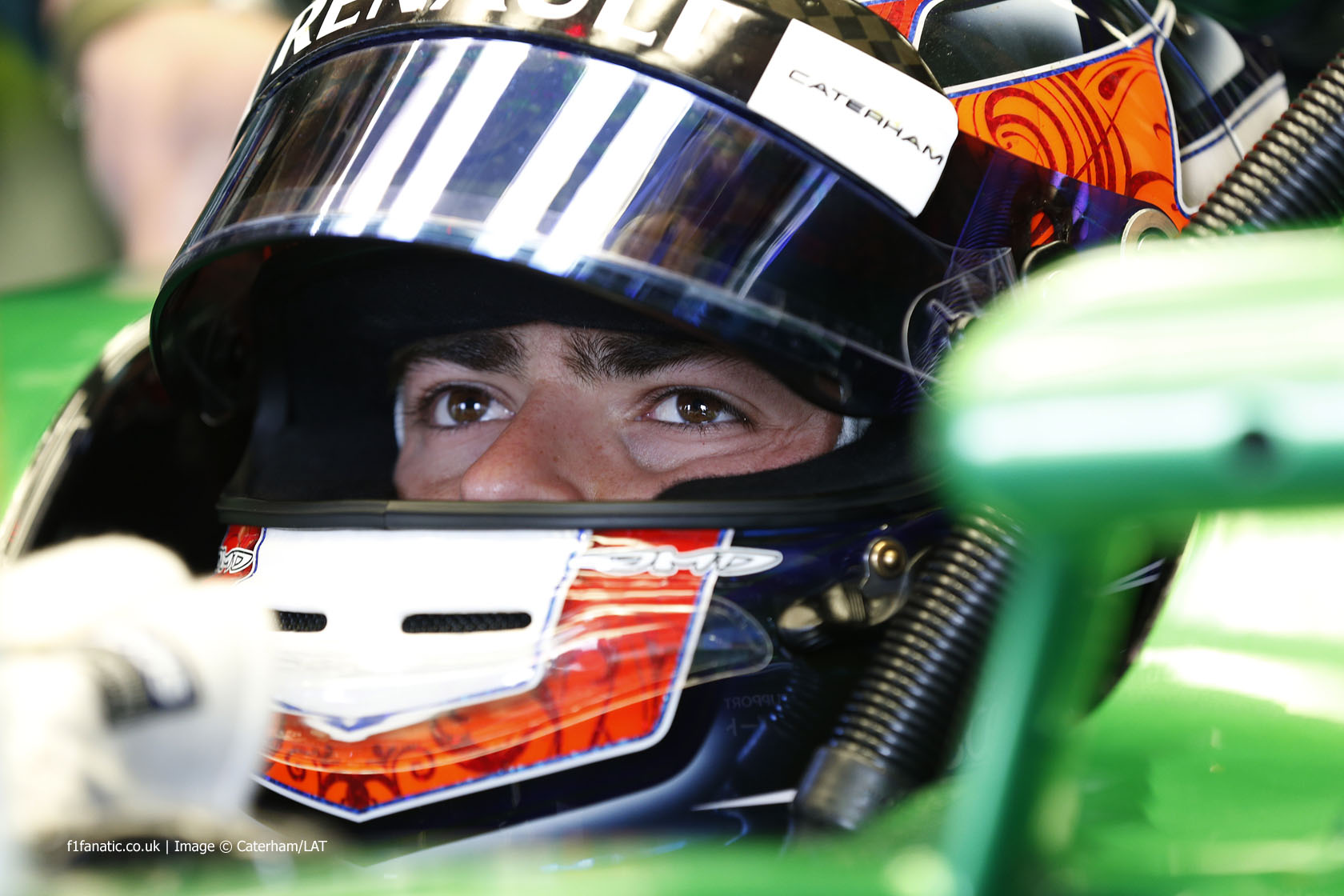 Will Stevens will start his first Formula One race this weekend in Abu Dhabi.

The 23-year-old, who won two races in Formula Renault 3.5 this year, will partner Kamui Kobayashi at Caterham. The team signed Stevens last week but had to wait until today for his super licence to be confirmed.

Stevens was previously a member of Caterham’s Racing Academy and tested for the team during the last two seasons. Following the change of management at Caterham earlier this year he joined Marussia as their official reserve driver.

“I’m absolutely thrilled to be getting this opportunity and am very grateful to everyone involved at Caterham F1 Team for giving it to me,” said Stevens.

“I feel ready for the challenge of my F1 debut and look forward to working as part of the team in a race environment after all the work we’ve done together previously in the tests I’ve completed and back at Leafield in the sim. Hopefully this will be something we will be able to carry through to the 2015 season together.”

Caterham’s head of engineering operations Gianluca Pisanello said: “We know Will very well through his involvement in the Caterham Racing Academy and more importantly he has done a vast amount of time in our simulator, completing around 10,000km, which has built his experience both of this year’s car and with the engineering team that are going to Abu Dhabi.”

“In addition, his 2014 test at Silverstone in our current car, where he completed over 500km, was very successful and his race pace was very good. As a result, he was one of our best candidates for this race weekend and we are delighted to have secured his services for our return to the F1 grid.

Stevens’ most recent race victory came in the penultimate round of the Formula Renault 3.5 championship at Jerez. He ended the season sixth in the standings with Strakka Racing: