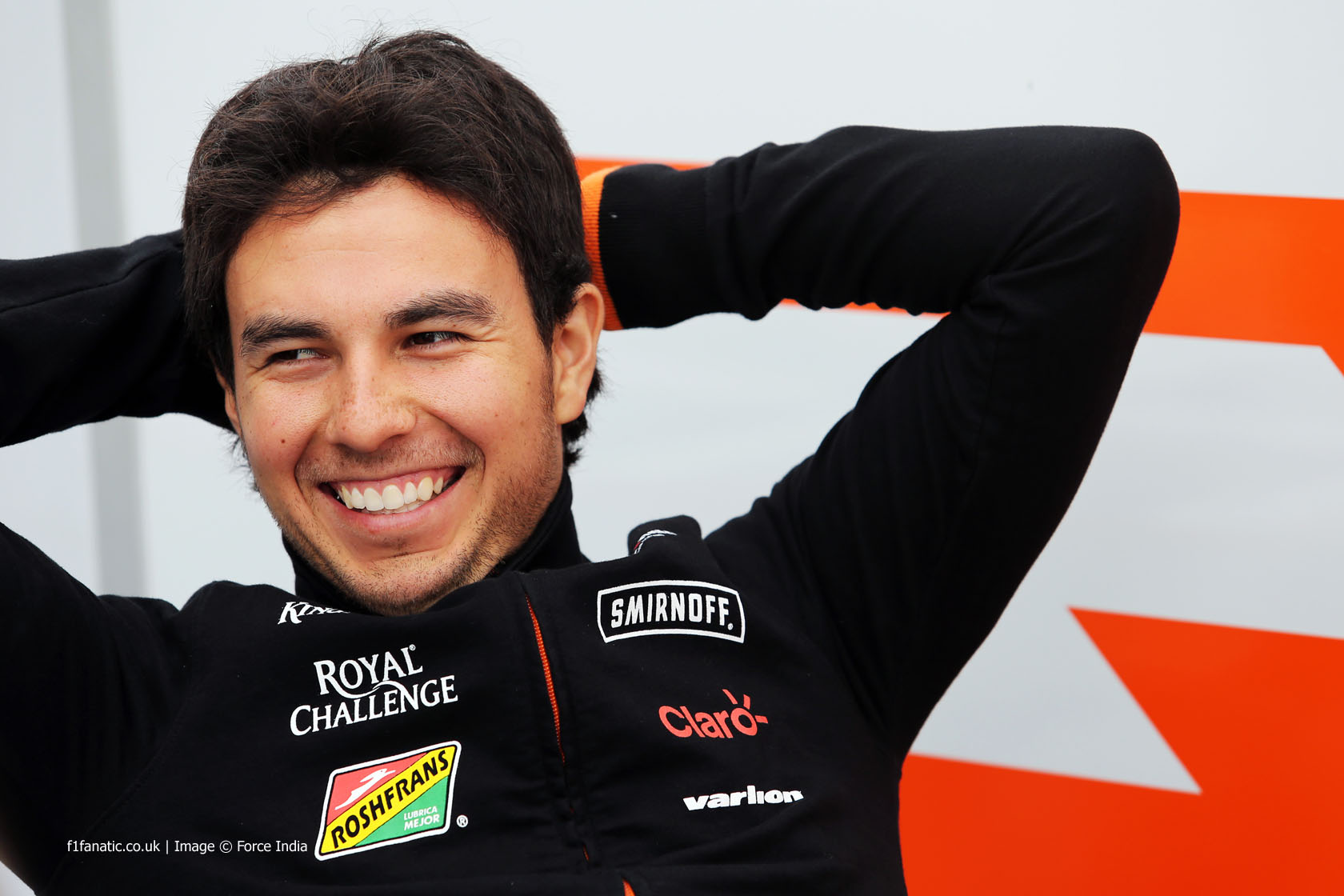 Sergio Perez will remain at Force India after concluding a new “multi-year” deal, the team have announced.

Force India will therefore keep both their drivers as Nico Hulkenberg has already been confirmed at the team for next season.

“I feel at home here and I’m fully committed,” said Perez. “I’m enjoying my racing and we’ve already celebrated some special results together.”

“It’s important for me to establish myself in a team and have some continuity. The team have given me a competitive car this year and I believe we can continue to achieve great things together in the future.”

Force India co-owner Vijay Mallya described Perez as “a true racer who has done a fantastic job for us this season”.

“The whole team has been impressed with his speed and racecraft, as well as his role away from the track. He has a very bright future in Formula One and we will do our utmost to give him the equipment to match his talent.”

8 comments on “Perez gets extended deal at Force India”