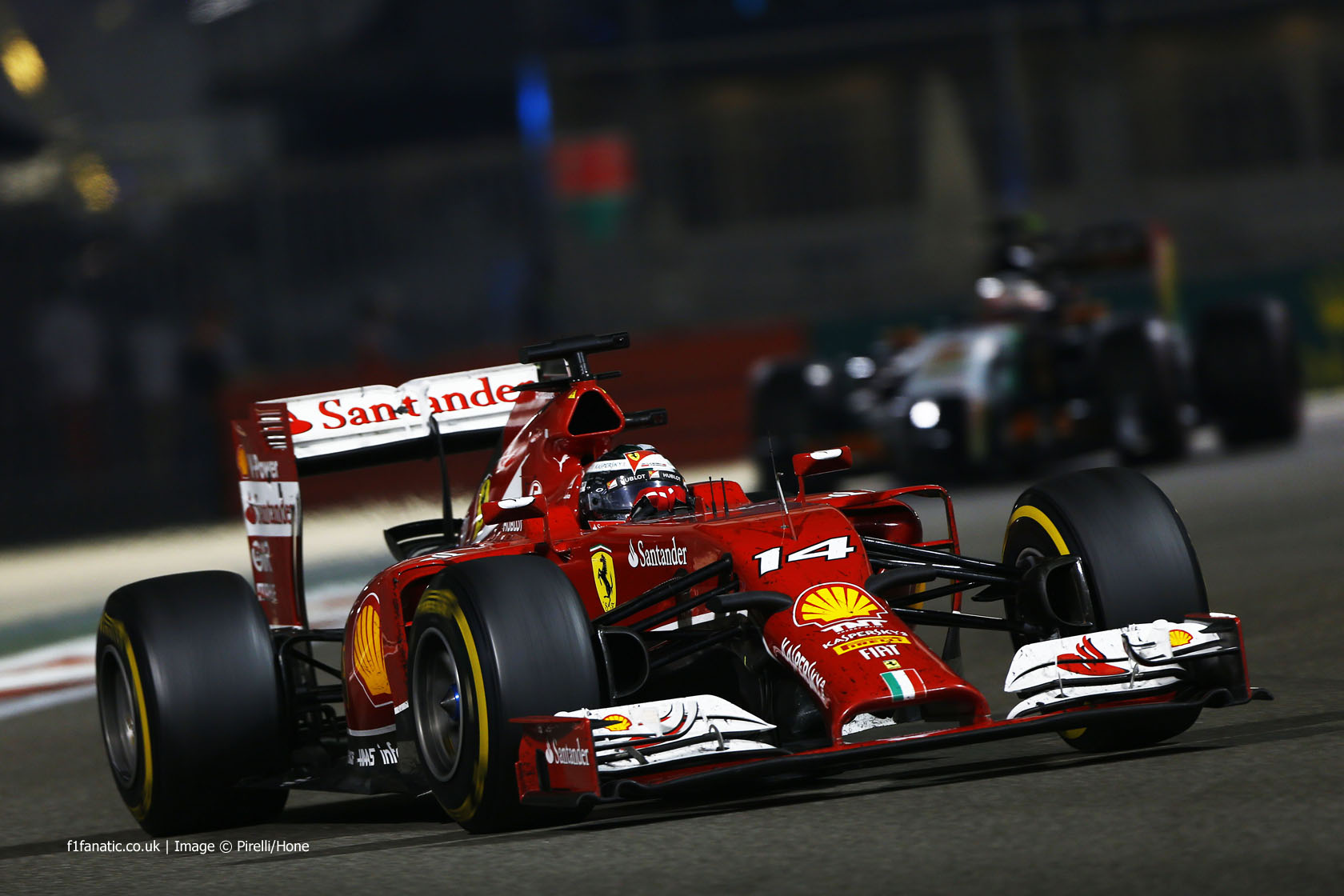 Ferrari’s poor pace in the Abu Dhabi Grand Prix was highlighted by the fact Fernando Alonso’s best lap time was only seven-thousandths of a second faster than Kamui Kobayashi’s.

The Caterham driver used the super-soft tyres at the end of the race while Alonso was on the harder softs. Nonetheless Kobayashi retired four laps after setting his quickest tour, and so did not set a time when his car was low on fuel, and was at the wheel of a car which was being run by a skeleton crew and hadn’t seen action in the last two races.

Ferrari’s technical director Pat Fry revealed both the team’s drivers had been beset by technical problems during the race.

“Over all 55 laps, both Kimi [Raikkonen] and Fernando struggled with little reliability problems which affected their cars,” he said. “Having gained two places at the start, we had to make the first stops very early because of tyre degradation.”

“That put us back out in traffic and unfortunately, our management of the power units and the tyres meant it was difficult to make any overtaking moves.”