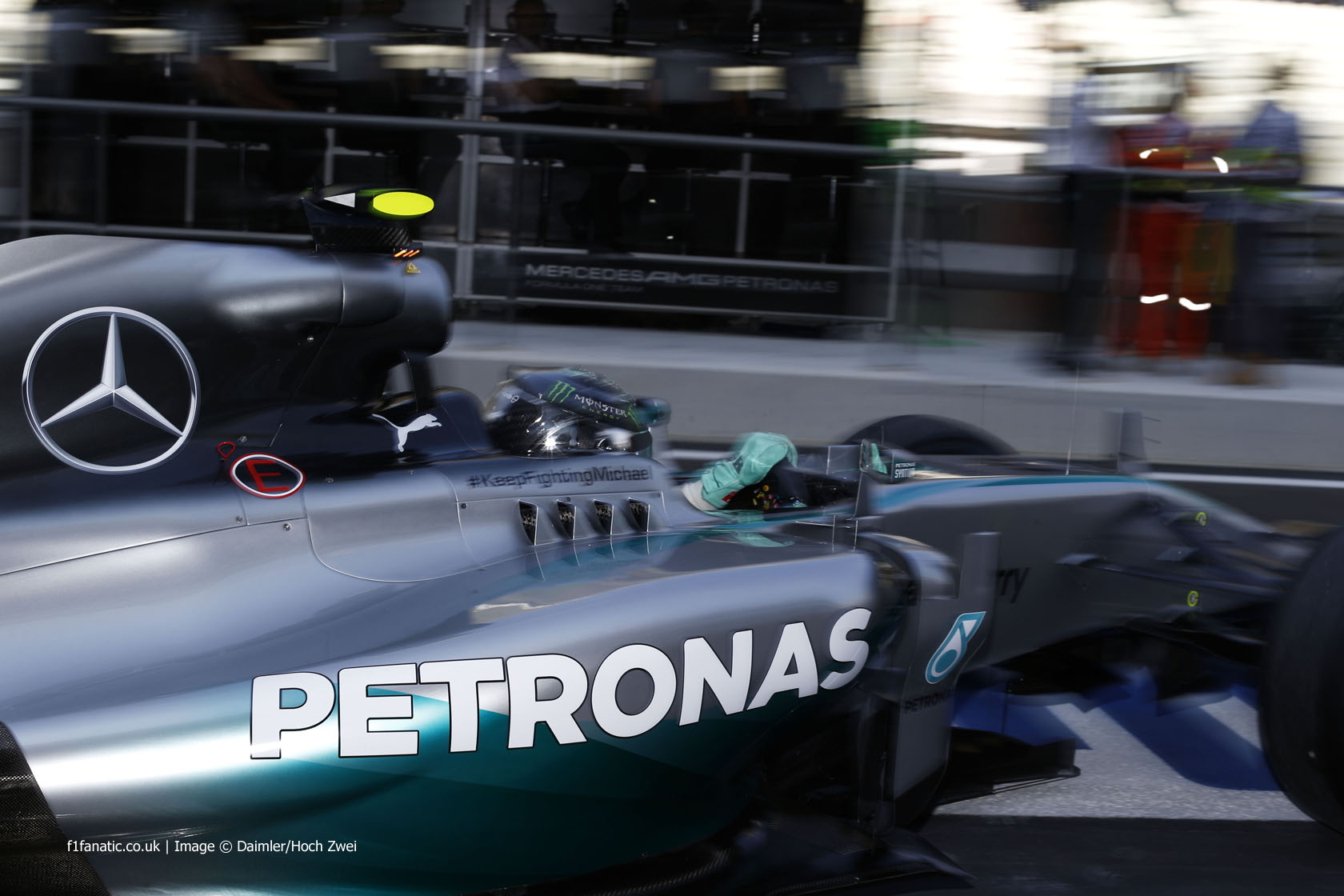 Hamilton was on course to take the title before a problem with Rosberg’s power unit caused him to drop out of the points from second place.

Rosberg admitted he was “very disappointed” with the outcome but added, “in the end my race didn’t make a difference because Lewis won the race fair and square anyway”.

“So I don’t dwell into my issue today or anything. He deserved to win today and he deserved also to win the championship. He was this year just that little bit better and so it’s fully deserved.

“He’s done an amazing year, an amazing job and he was the best driver on the grid this year, for sure.

“It was a great battle between us, and that’s what I race for, for such battles, to go up against Lewis in the team. Very intense at times, of course, but most of the time fantastic and very proud, also, to be a part of this moment with the team. It’s been special. Having such a car, unbelievable.”

Rosberg said the title-deciding final race had been “an incredible experience for me”.

“I’ve never had that before, so much support from everybody, from fans all around the world – and even the British, I know of course a lot of Brits of course were for Lewis but still there was a lot of British fans here and it was so nice to see even after qualifying everyone just acknowledging and respectfully applauding and everything, it was very nice and I’m very thankful for that.”

47 comments on “Hamilton was the best driver this year – Rosberg”