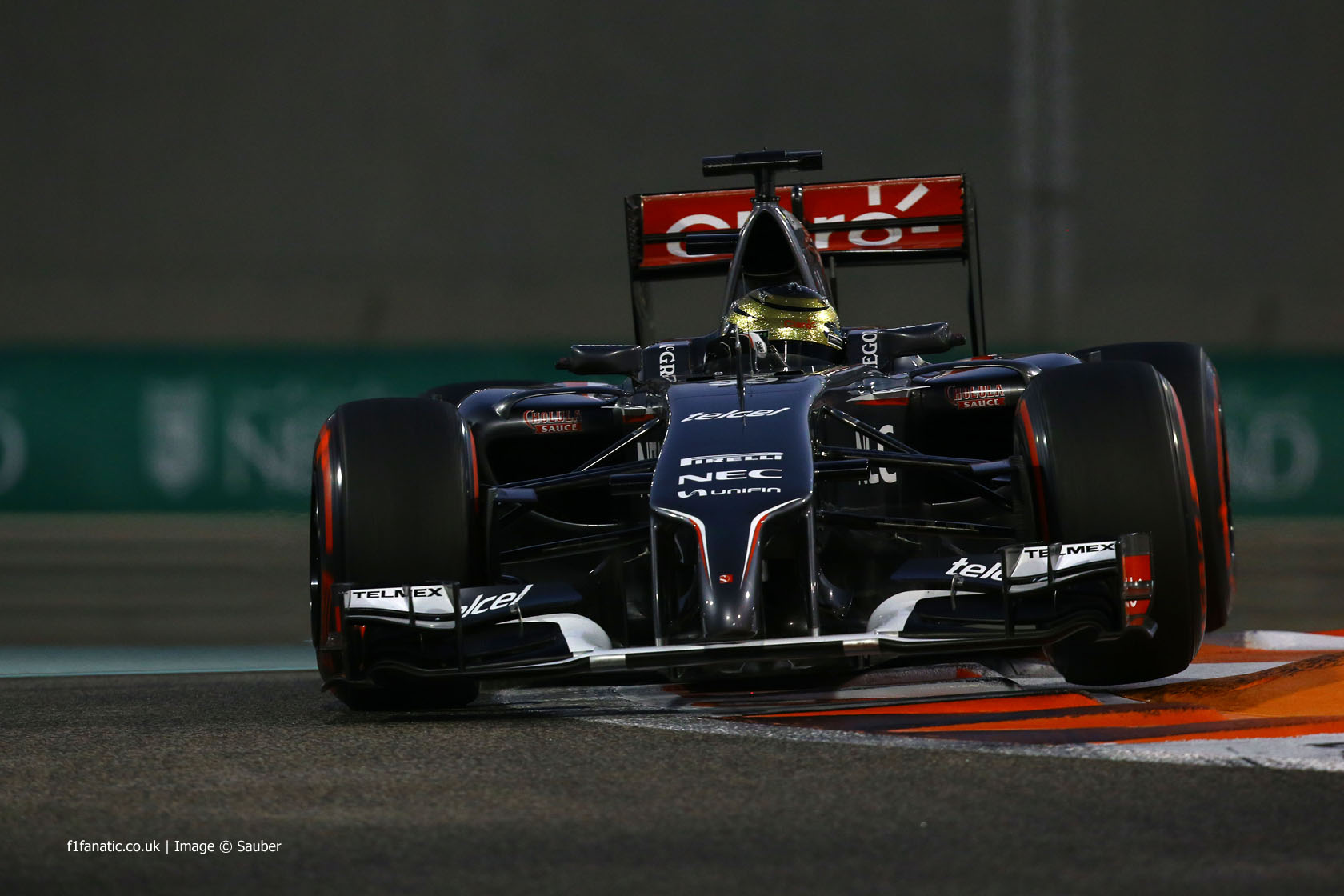 Sauber team principal Monisha Kaltenborn described the team’s 2014 campaign, in which it failed to score any points, as “a huge disappointment”.

The team has never before failed to score a point during an F1 season since it entered the championship in 1993.

The teams’ cars finished in 15th and 16th places in Abu Dhabi, with only the Caterham of Will Stevens behind them at the end. Kaltenborn said this was “typical of the 2014 season, which was a huge disappointment”.

“Everyone within the team worked very hard, but we could not achieve the results we aimed for. We were not able to score points, which has never happened before in the history of the team.

“There are many reasons for this. However, it does not make sense to point fingers. We will draw our conclusions and will initiate the right actions. We will move on and use our entire energy to bring the team back to where it was before, and where it should be.”

Sauber is parting company with both its drivers as it brings in Marcus Ericsson and Felipe Nasr for 2015.

“A special thanks goes to Esteban Gutierrez who was part of this team for five years, first as an affiliated driver and afterwards for two years as a race driver,” said Kaltenborn. “We were with him through good and bad times. Esteban was always loyal to the team.”

“Adrian [Sutil] surely expected more from this season, as we also did. With the issues we had with the C33 he was not able to deliver results which we as a team and he wished for.”

“Giedo van der Garde did a great job as test and reserve driver. We thank all of them, and wish them all the best for the future.”