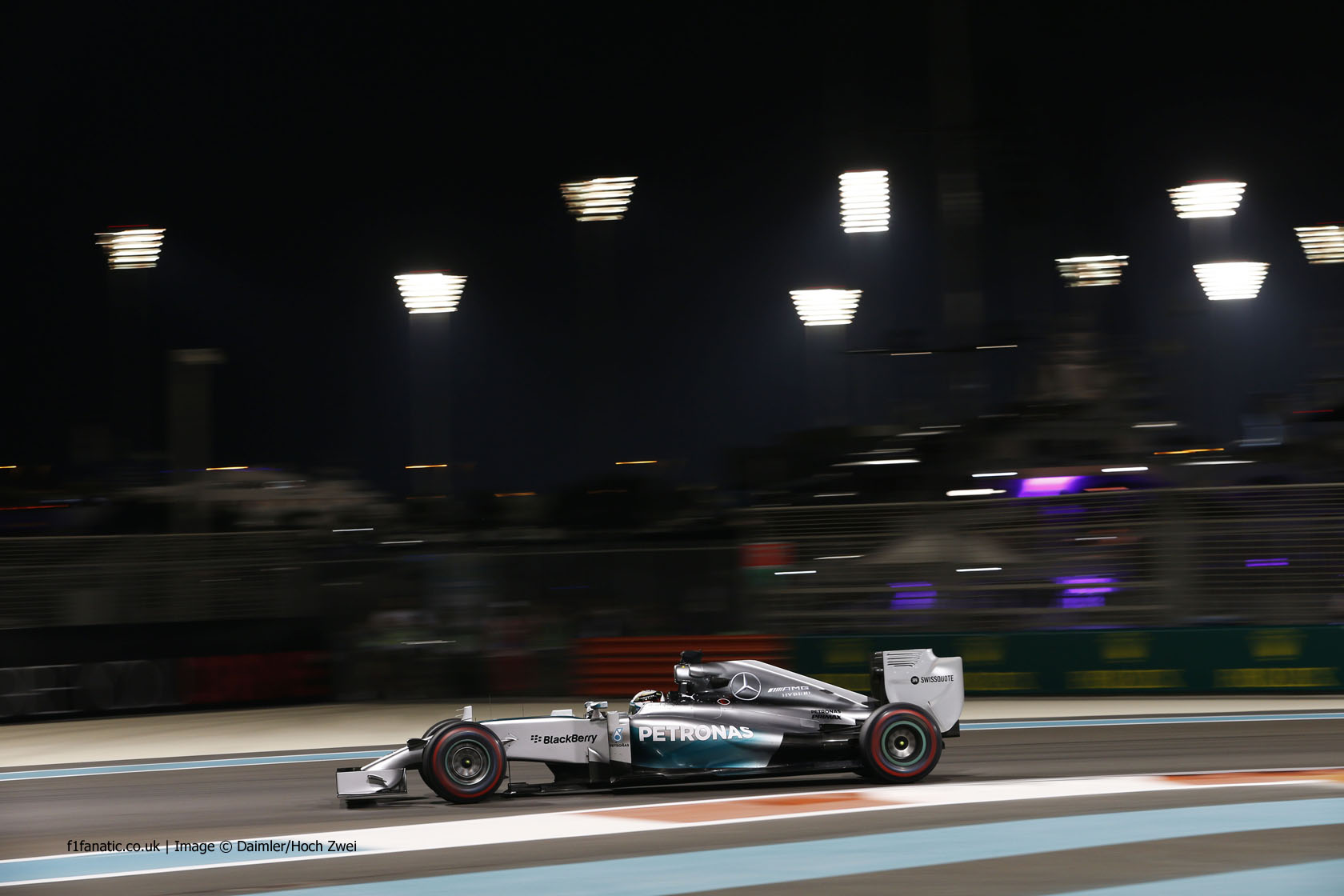 Lewis Hamilton said clinching his second world championship title means even more to him than when he won his first one in 2008.

“I can’t really explain how much this means,” said Hamilton on the podium after winning the Abu Dhabi Grand Prix. “It means even more than the first one. It feels like it’s the first time and I feel so blessed.”

Hamilton praised team mate Nico Rosberg who remained in contention for the title until the final round. “Nico put on an incredible fight throughout the year,” he said.

“He was a phenomenal competitor. We met each other back in 1997 and we always said it’d be amazing to be racing in the same team and fighting for the world championship. He did an amazing job today.”

Rosberg ran in second place until a problem with his car caused him to drop out of the points. “Very sad obviously to know the car wasn’t quick enough so he couldn’t fight in the end,” said Hamilton. “Still he was graceful enough to come up to me just now.”

“He just came into the room, very professional, and he said ‘you drove really well’. And same for him – all year long he drove incredibly well, especially in qualifying, so hat off to him.”

Hamilton took the lead from Rosberg after starting second on the grid and controlled the race from there. “My guy down here gave me a good start,” he said, “it was like a rocket, probably the best start I ever had.”

“Obviously going into the race I had a couple of different options of how to approach the race. If the car was behind then we’d see how it goes to the first stop. But if it was ahead then I knew I’d have to really, really race. The car was fantastic, we really got it spot on for the race.

“Obviously qualifying wasn’t perfect but we got it ready for the race so that’s what’s most important.”

26 comments on “Second title “means more than the first” – Hamilton”