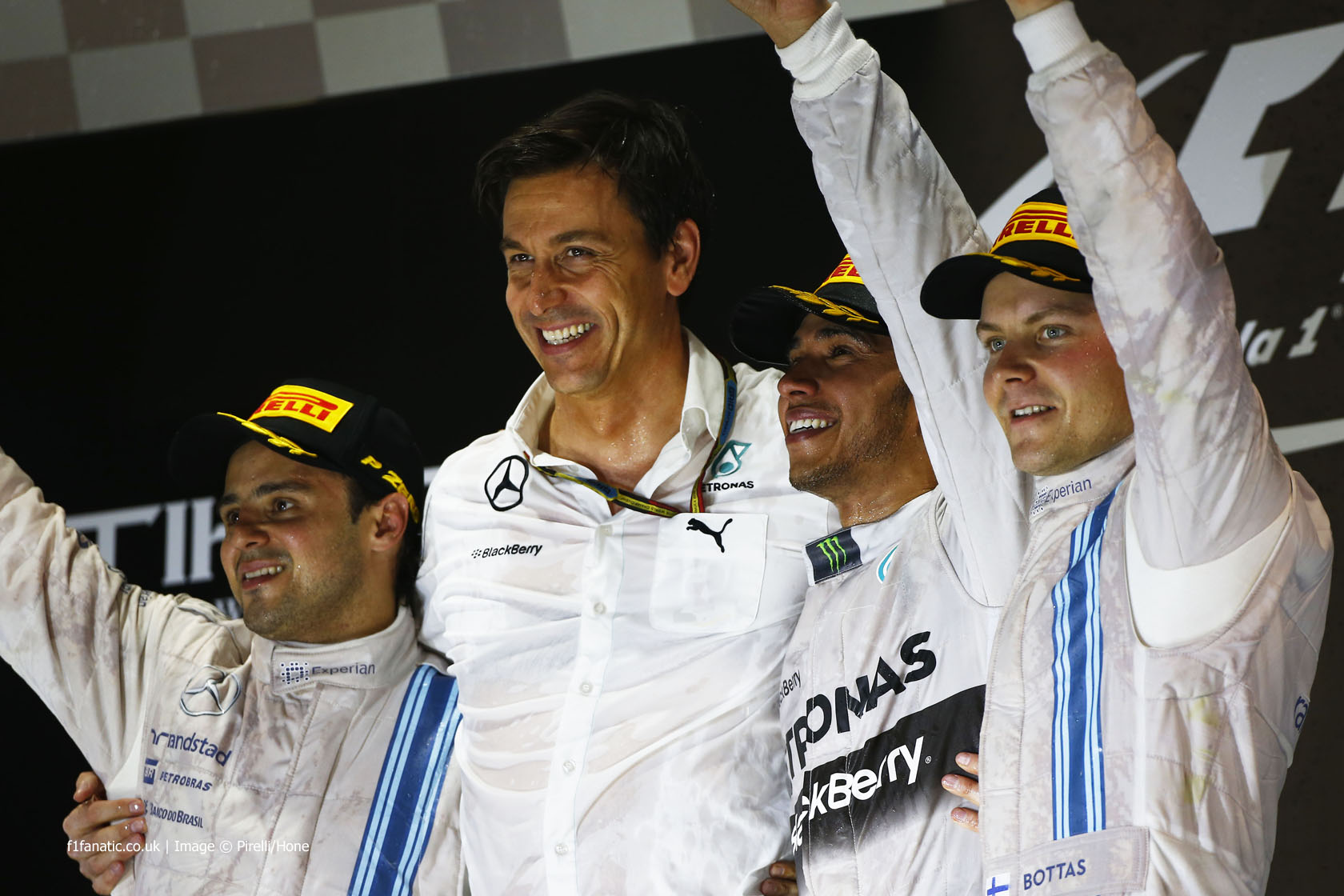 The 2014 F1 Fanatic Predictions Championship – and the top prize of an F1 Brake Disc Clock worth £499 from Memento Exclusives – was won by @Brouard21.

A perfect score at the second round of the season and ten further double-digit points hauls over the rest of the campaign gave them a healthy 18-point win over second-placed @Attakorn, who gets to choose one of Ro bIjbema’s Car-a-Day paintings as a prize.

@Romain-From-Grenoble, @Deej92 and @Thesud, completed the overall top five and each took the runner-up prize of an F1 Fanatic mug.

The final race winner of the year was @Jarig, who wins a copy of Codemasters’ F1 2014 as well as a Pirelli podium cap. Here are the final 2014 winners in full:

The F1 Fanatic Predictions Championship will be back in 2015 with more fantastic Formula One prizes to be won.