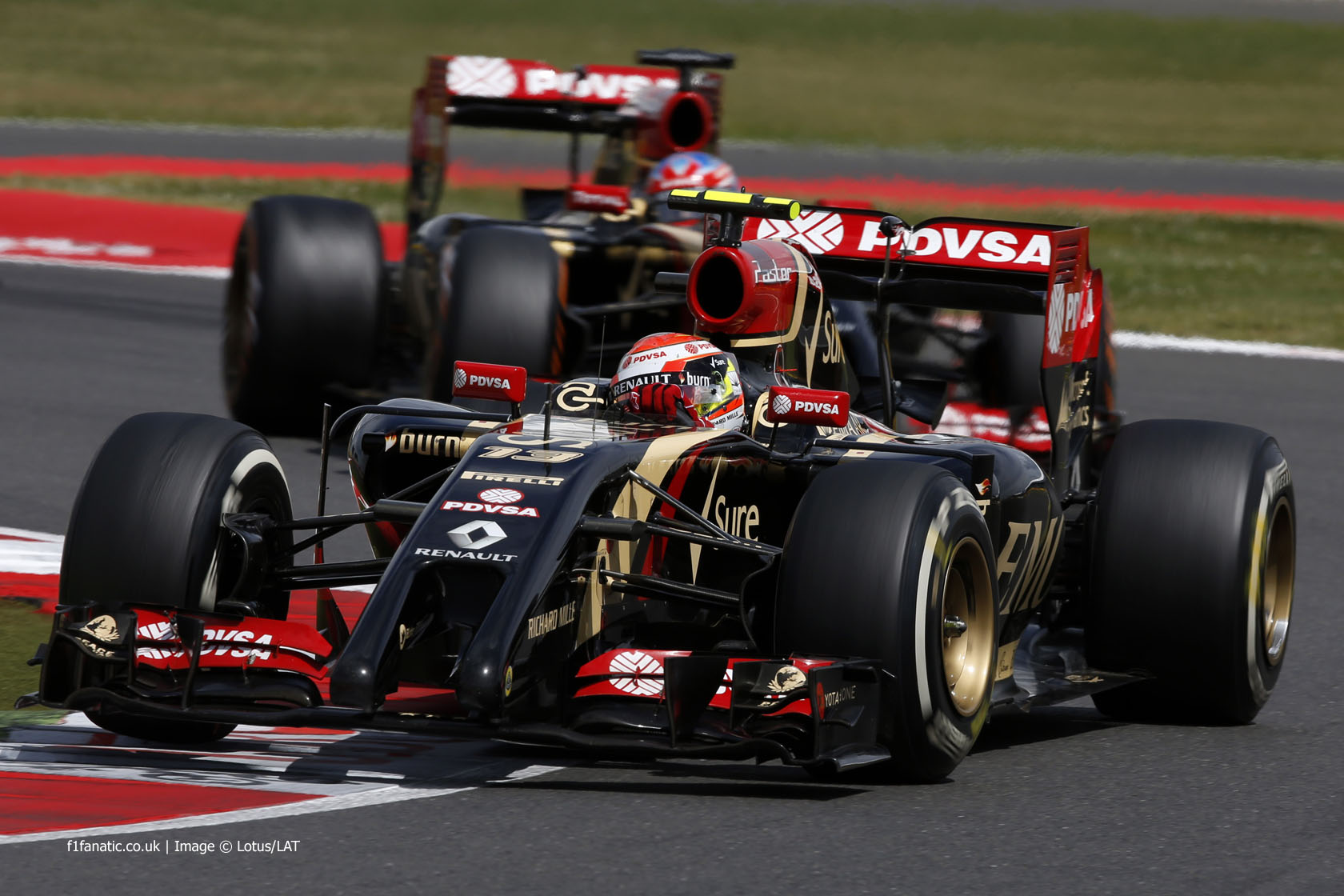 When the reality of F1’s financial crisis hit hard at the end of the season and two teams filed for administration, Lotus team chairman Gerard Lopez won many admirers for his clear-headed explanation of the threat faced by his team and others.

With that in mind, his pre-season warning about the difficulties Lotus faced in the year ahead makes interesting reading with the benefit of hindsight.

“We face an extremely well-resourced rival in Mercedes who have dedicated considerable efforts to their power units for the 2014 season,” said Lopez in March.

“We are doing everything we can to enable Renault Sport F1 to respond to this strong rival and our resources are at their disposal,” he added. “The bar has been raised and we all need to react.”

The good news for Lopez was an avenue existed for Lotus which wasn’t open to the likes of Ferrari and – according to Christian Horner – Red Bull. This was to obtain Mercedes engines of their own. With McLaren switching to Honda power units for 2015 an opportunity presented itself, and Lopez ensured his team was at the front of the queue.

Lotus therefore enjoyed their greatest success in a season of otherwise unrelenting disappointment on October 9th, when they announced they will use Mercedes power next year.

The importance of this can hardly be understated given the scale of Lotus’s decline this year. Race winners in the two previous seasons, they made just three appearances in the points this year. Having spent 81.5% of all their laps in top ten positions last year, that figure fell to 12.5% in 2014.

This was partly to be expected given the team’s turbulent end to the previous year. Lotus began 2014 having lost star driver Kimi Raikkonen plus designers James Allison and Dirk de Beer to Ferrari, endured the public embarrassment of a failed potential deal with Quantum, and shortly after the new year saw team principal Eric Boullier defect to McLaren.

Although losing Raikkonen was always going to be a setback, it would be unfair the level much of the blame for their problems at the feet of their drivers – even Raikkonen’s incident-prone replacement Pastor Maldonado. The car wasn’t ready for the first test of the year and even after the chequered flag fell on round one the team were still yet to complete race distance. From this low point the team made rapid progress: as early as round four Romain Grosjean got the car into Q3. At the next round in Spain a major upgrade helped Grosjean take fifth in front of the Ferraris. This was a further sign the car’s principal weakness was its engine and not its aerodynamics, despite its asymmetrical twin-pronged nose making it by far the ugliest creation in a year of unsightly racers.

But just when things were looking up for Lotus the ban on front-rear inter-connected suspension set them back again. This served only to make the E22 even more difficult to drive, and at low-downforce venues it looked downright evil.

And while Renault ironed out some of their reliability problems during the season, their engine remained a source of intense frustration for their drivers, especially Grosjean, who vented his anger on the radio after qualifying in Singapore.

Maldonado proved able to match Grosjean on pace at times and his petro-bolivars no doubt eased the way to a contract extension. Grosjean waited until the new engine deal was set in stone before committing again. He and the team will expect much better things next year with Mercedes power.

36 comments on “Lotus split from Renault after dire season”