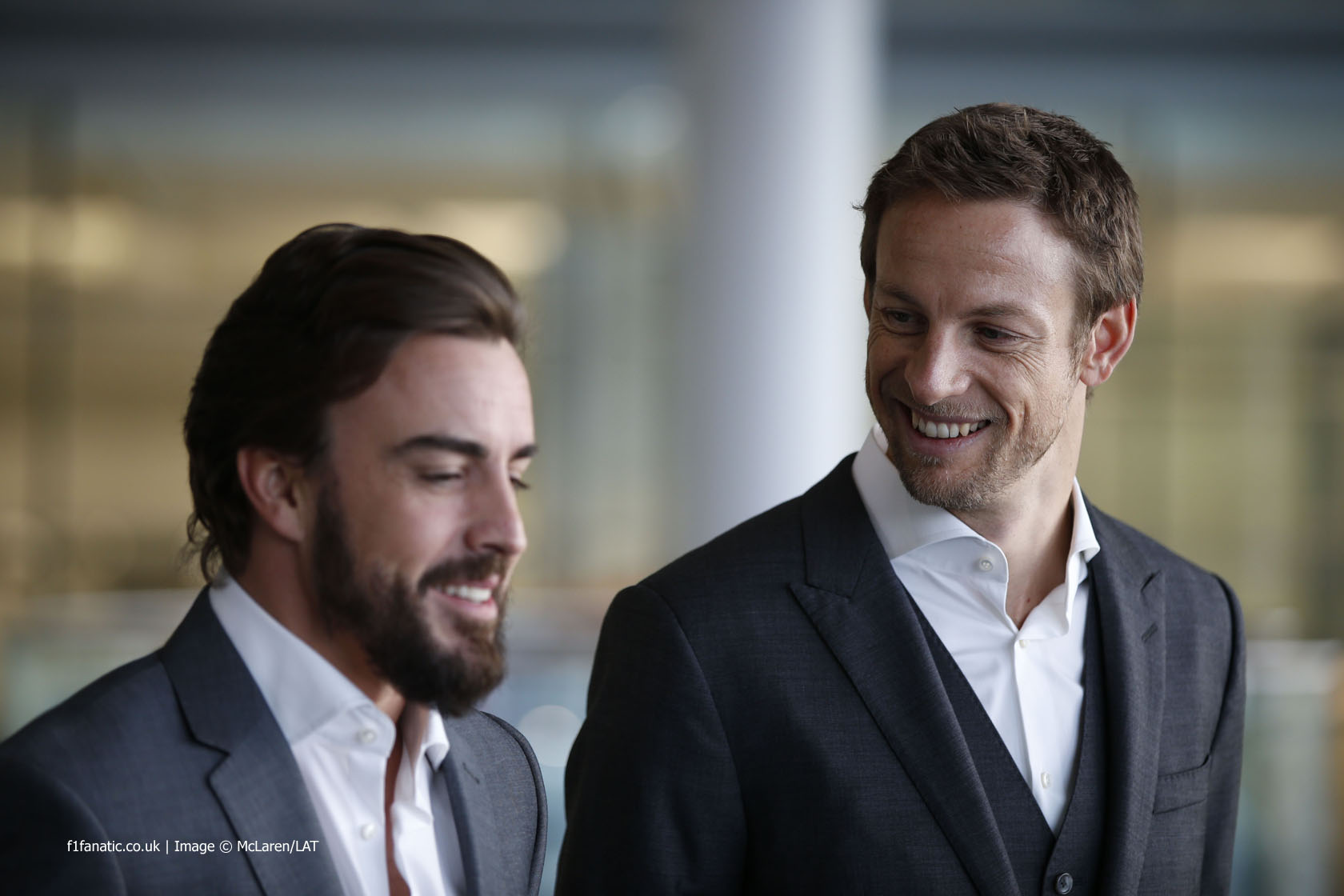 McLaren CEO Ron Dennis is certain Jenson Button can be a match for his new team mate Fernando Alonso next year.

Alonso emphatically defeated fellow world champion Kimi Raikkonen at Ferrari this year, and will be up against another champion next year following his move to McLaren.

McLaren took until December to decide to extend Button’s contract, and Dennis says the 2009 world champion has “got his challenges” for 2015.

“He has now no reason not to get the job done,” said Dennis in a press conference at the McLaren Technology Centre on Thursday. “None at all. We’ve been in deep debate about it.”

“There was a turning point for me which was, strangely, the conversation that took place between Jenson and I after [a] race and it was in contrast to the previous month and it re-energised in me the belief that actually Jenson did want, for all the right reasons, to be in a Formula One car and really believed, and I want him to believe, that he can absolutely kick Fernando’s butt.

“So if he can do that, great, or if he’s going to get close to it, great, because what we want is two drivers that can win races. And the first thing in a team is beat the team mate.

“But how you beat the team mate is critical to the harmony of the team. And so these guys are seasoned professionals. They understand the media, they understand the chemistry in side the team and they’ve both had enough experience of McLaren to know that we have one common objective – we have to win.”

Dennis added he expects the team’s driver line-up will put them under intense scrutiny next season.

“The media inevitably is going to be challenging to manage,” he said. We have an English driver in and English team with English mechanics backed up by the English media. We have a Spanish driver with Spanish media.”

“Both media groups are extremely combative, understandably, and in the end we have to ensure that that objective does not influence the team.”