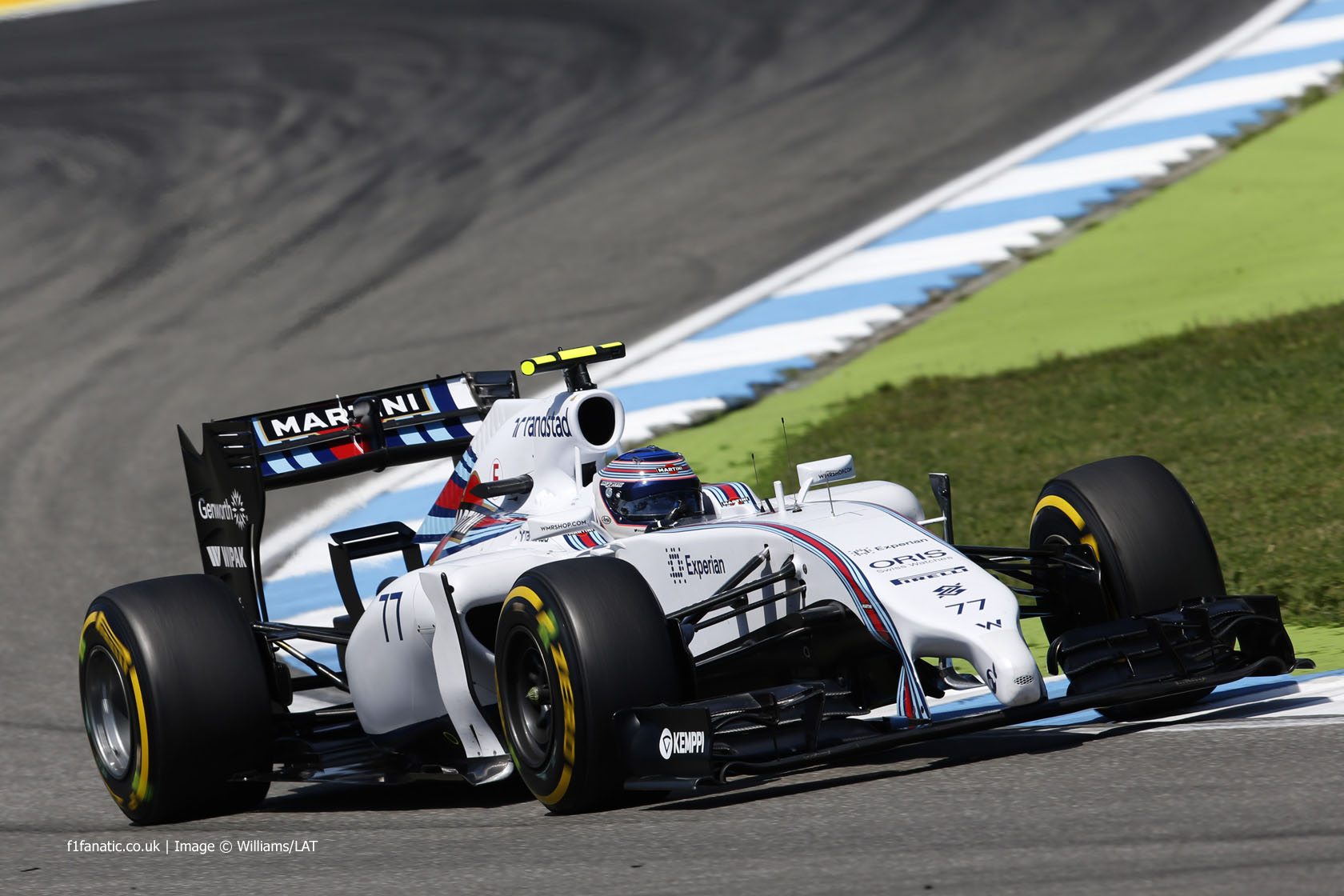 Key stat: While team mate Massa was never called on to give his car up in practice to test drivers, Bottas did so on seven occasions

The ease with which Valtteri Bottas asserted himself as the top driver at Williams this year should not be taken for granted. In his second F1 season he was up against a former championship runner-up with over a decade of experience.

But it was the second-year driver who could usually be relied upon to extract the most from the car in qualifying and stay out of trouble in the race. He duly bagged half-a-dozen podium finishes plus enough points to take fourth place in the championship.

While Massa posted eight no-scores, Bottas only failed to take home points in two of the season’s nineteen rounds. Both of those were due to car trouble, in Monaco and Singapore.

But although Bottas picked up points consistently, at the beginning of the season he was arguably not bringing home as many as he should. A brush with the wall in Melbourne was a costly setback, though he wouldn’t have been trying to make up places so eagerly had he not been demoted to 15th on the grid by a gearbox change penalty.

From third on the grid in Bahrain he fell back to eighth, due to a poor start and problems with his tyres. A first-corner tangle with Nico Rosberg at the next race limited him to seventh.

Spain was the first time Bottas got the best out of the car, finishing behind the Mercedes and Red Bulls. Williams increasingly applied pressure to the reigning champions courtesy of the ever-improving results from Bottas.

A minor mistake during qualifying in Austria cost him pole position to Massa, but in the race it was Bottas who pressed the Mercedes hard and took his first podium finish. It was swiftly followed by two more. While both drivers went out in a wet Q1 at Silverstone – the FW36 never looked as good in the rain – Bottas fought back superbly from his 14th-place start, taking a best-yet second place at the flag. He finished there again next time out in Germany, taking advantage of Lewis Hamilton’s qualifying misfortune and resisting him to the finish.

This excellent run moved him up to fifth in the championship. Despite increased pressure from Sebastian Vettel over the remaining races he beat the Red Bull driver and moved ahead of Fernando Alonso for fourth overall.

His podium streak ended in Hungary, partly due to the untimely appearance of the Safety Car, but he was back again in Belgium despite another wet qualifying session limited him to sixth on the grid.

A resurgent Massa put him under more pressure over the remaining races, particularly in Italy and Abu Dhabi where poor starts by Bottas handed the initiative to his team mate.

But nonetheless Bottas was usually the first driver on the grid who wasn’t in a W05, and in Russia it briefly looked as though he might do even better than that. Faster than both Mercedes over the first two sectors on his final qualifying lap, a slip-up at the end of the lap left him third, where he also finished in the race.

It was performances of this calibre which marked Bottas out as a driver who’s ready to take the next step and become a race-winner in 2015.

Bottas was absolutely mega this year. Six podiums and fourth in the championship with rivals such as Alonso, Vettel and Ricciardo is a proper achievement, regardless of whether he had the best power unit of them all.

If Williams can keep up their fantastic form, Bottas could well be on the top step numerous times next year.
@RyanWilliams

All the data I refer to while producing the rankings can be found on the site. They include notes on each driver’s performance at each race weekend, compiled data on car performance, direct comparisons between team mates and each driver’s form guide.