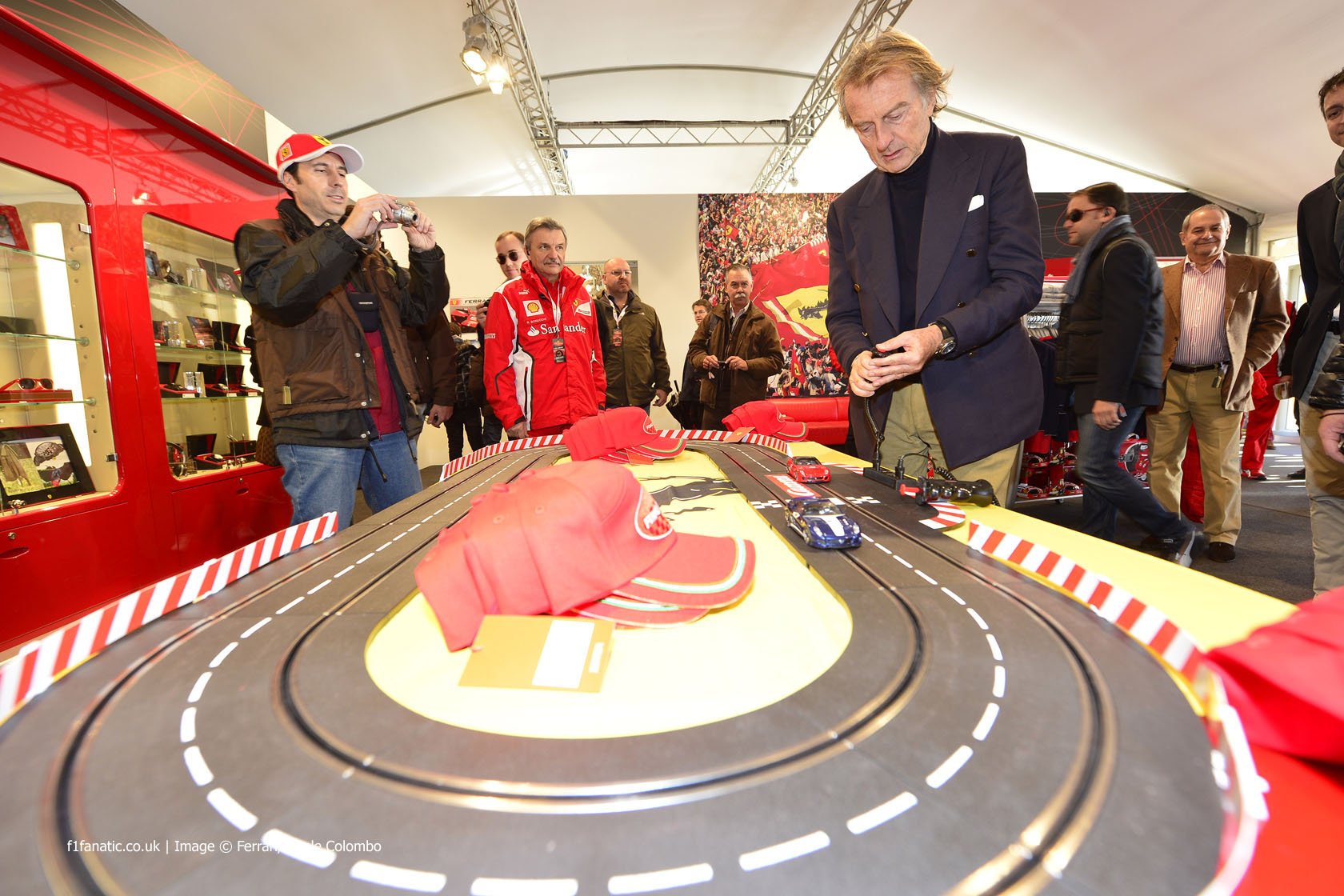 When Ferrari launch their latest Formula One challenger on January 30th it will be the first since 1991 which has not been revealed under the watch of Luca di Montezemolo, whose tenure as president came to an end last year.

He will remain a significant figure in Formula One however, as he will return to the executive board of Formula One alongside Bernie Ecclestone and others.

Here he is at a media event for Ferrari in 2012. Can you think of a funny caption to go with this picture?

Post your suggestion in the comments and a selection of the best will appear in a future edition of the F1 Fanatic round-up.