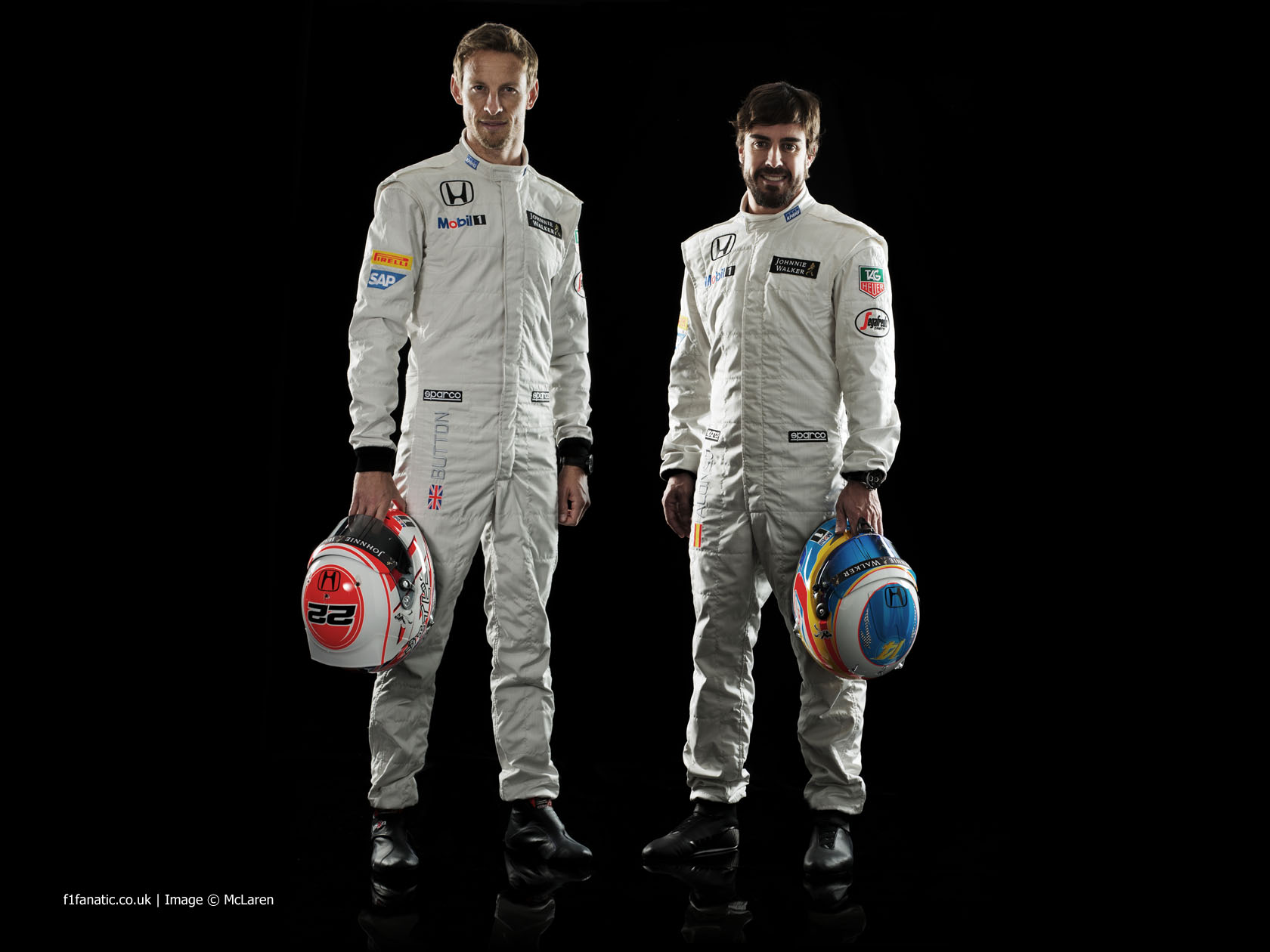 Jenson Button says he and new team mate Fernando Alonso want similar handling characteristics from their McLaren, which will help them in 2015.

Alonso has returned to McLaren this year and joins Button who enters his sixth year with the team. The team revealed its new car, the MP4-30, earlier today.

“Fernando is a very experienced driver, a very complete driver, as you would expect from someone that’s had so much experience in this sport but also a double world champion,” said Button.

“Which is great for me, I love having a team mate that obviously pushes me hard but also has the experience to give great feedback.”

“So we’ve spent a little bit of time together this year, but not a lot, before testing starts,” he added. “And from what I see in the data from the simulator runs and from the feedback I get from Fernando, I think we like a similar car which is very important for us moving forward in terms of shaping and moulding the car in a certain direction.”

“I’m looking forward to the partnership, hopefully it’s a good one.”